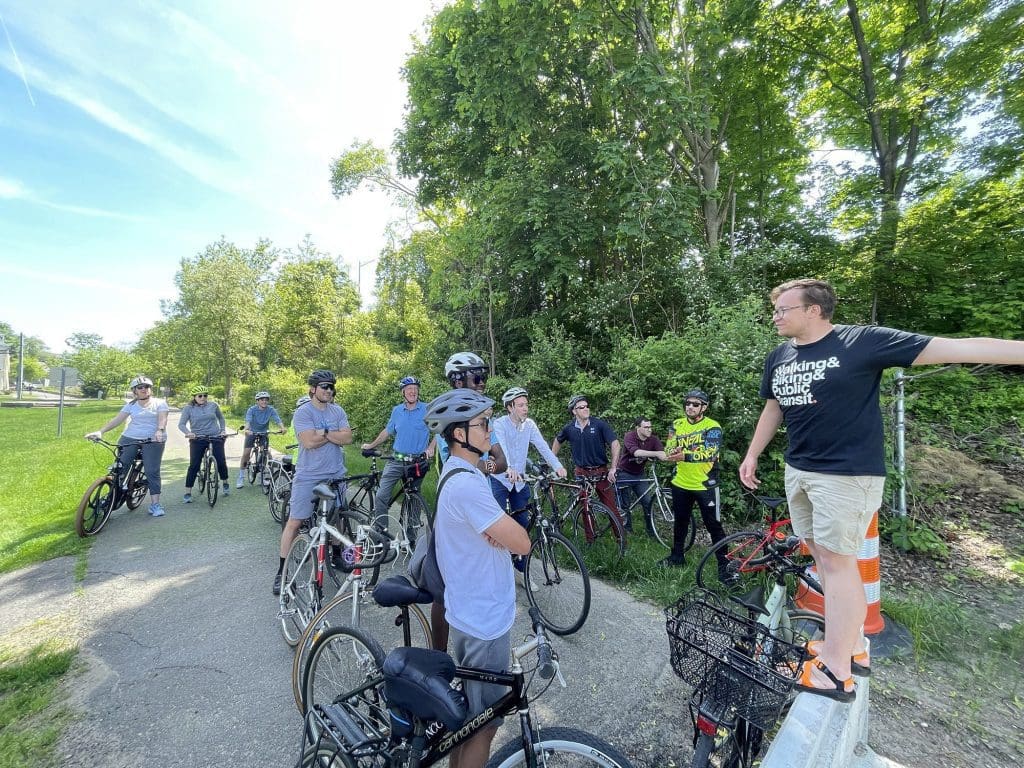 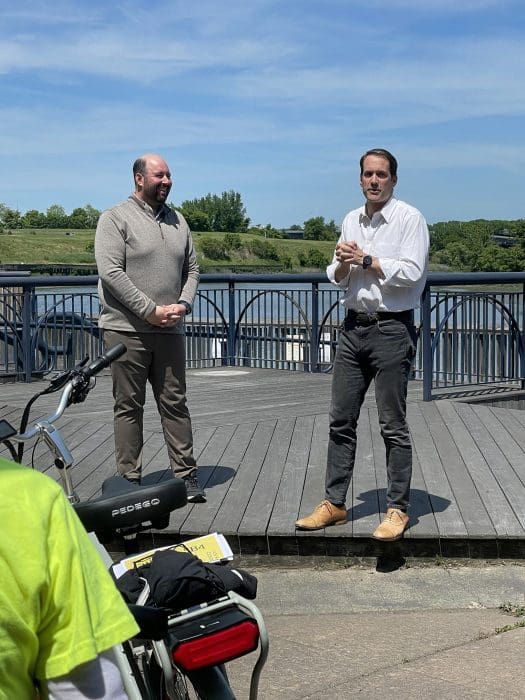 Participants met at the Maritime Aquarium and made their way through Oyster Shell Park and Mathews Park down to Union Park, then returned via the same route, Common Council member Josh Goldstein (D-At Large) said. END_OF_DOCUMENT_TOKEN_TO_BE_REPLACED 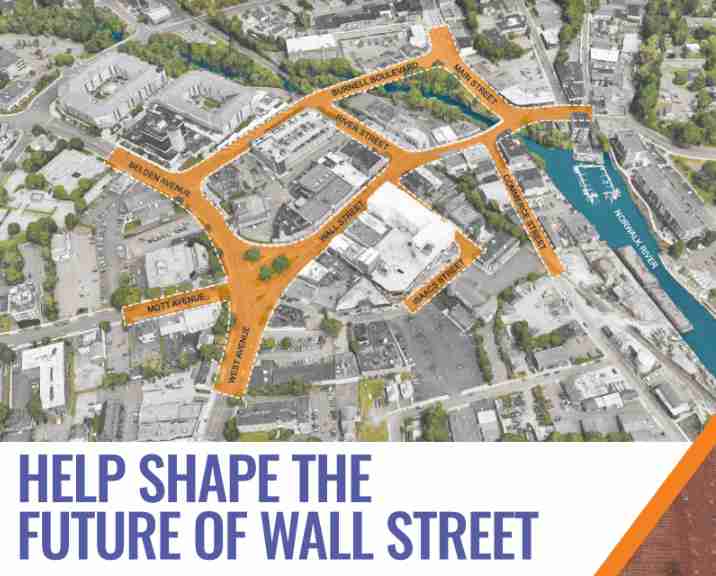 Detail from a flyer.

END_OF_DOCUMENT_TOKEN_TO_BE_REPLACED

When the Columbine High School massacre took place in 1999 it was seen as a watershed moment in the United States – the worst mass shooting at a school in the country’s history.

Now, it ranks fourth. The three school shootings to surpass its death toll of 13 – 12 students, one teacher – have all taken place within the last decade: 2012’s Sandy Hook Elementary attack, in which a gunman killed 26 children and school staff; the 2018 shooting at Marjory Stoneman Douglas High School in Parkland, Florida, which claimed the lives of 17 people; and now the Robb Elementary School assault in Uvalde, Texas, where on May 24, 2022, at least 19 children and two adults were murdered. END_OF_DOCUMENT_TOKEN_TO_BE_REPLACED 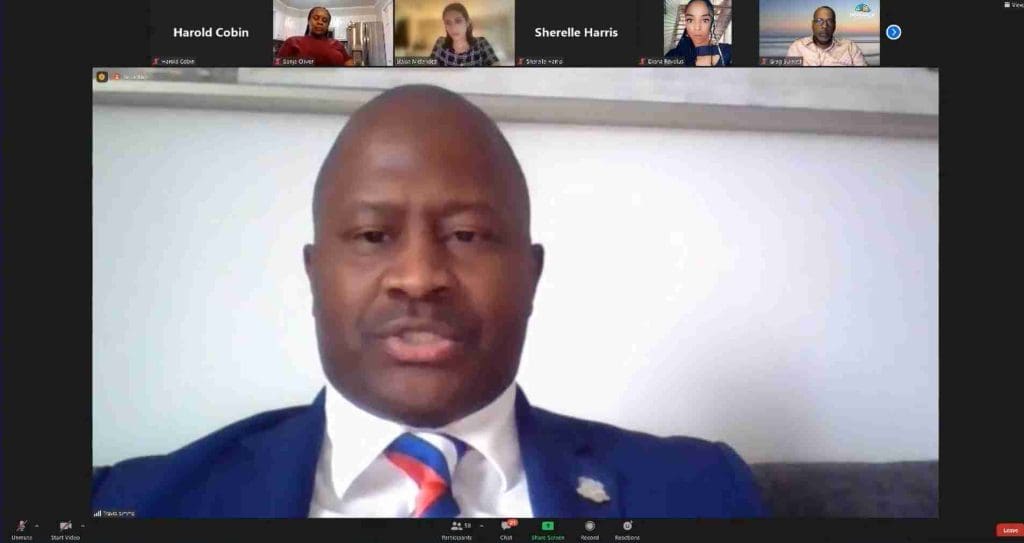 NORWALK, Conn. — Travis Simms is set to cruise to reelection, with no one endorsed to challenge him for his District 140 State Representative seat.

The man who held the seat before him, Bruce Morris, nominated Simms for the endorsement. Although Morris said in early 2018 that he was “super concerned” about Simms taking his place because he was hoping for “someone who is competent, capable, and able,” he later endorsed the two-time World Boxing Association super middleweight champion for the post. Now Morris is full of praise. END_OF_DOCUMENT_TOKEN_TO_BE_REPLACED 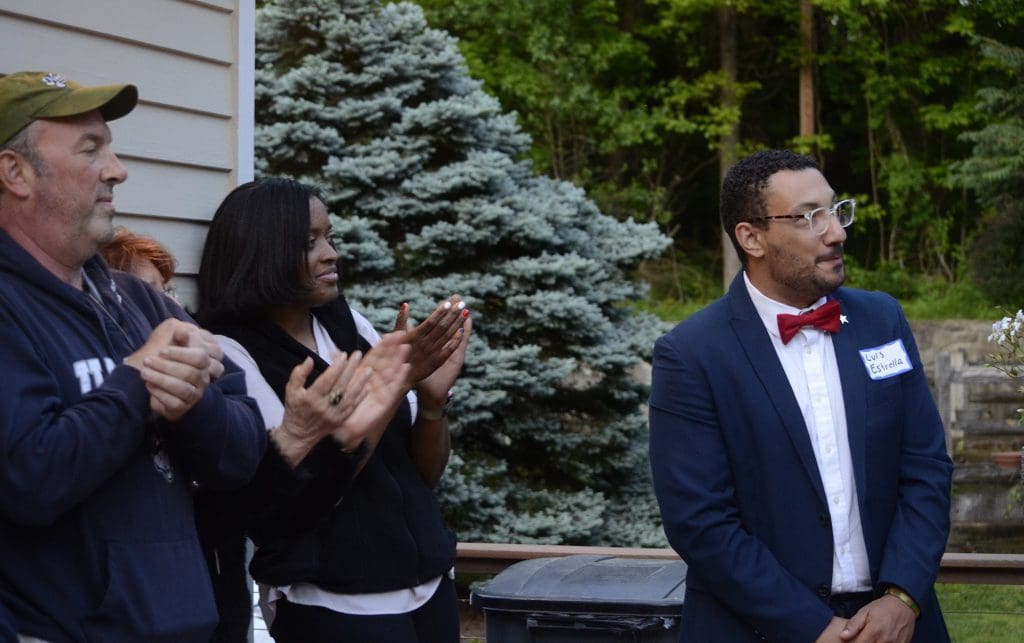 Luis Estrella, right, receives applause Tuesday after being endorsed as the Republican candidate for District 137 State Representative during a brief meeting at John Romano’s house off East Rocks Road.

Estrella has two convictions listed on the State judicial website. He pleaded guilty to operating a motor vehicle under a suspended license in 2016, and to failure to appear in 2013, according to the State. END_OF_DOCUMENT_TOKEN_TO_BE_REPLACED 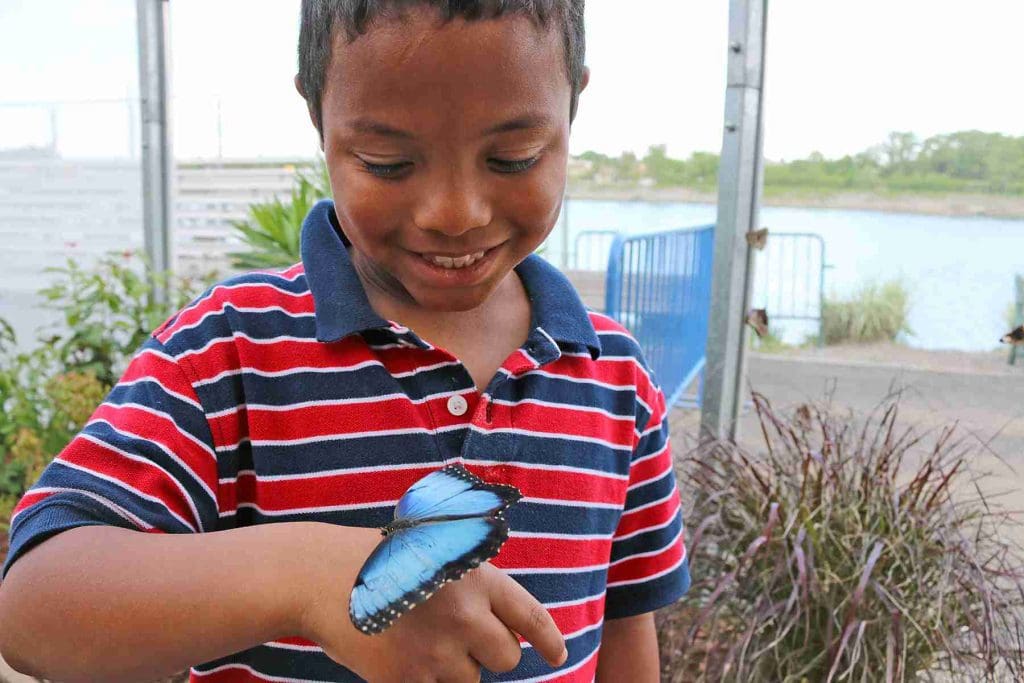 Butterflies might land on the guests in “Flutter Zone,” a special walkthrough exhibit open from Memorial Day to Labor Day 2022 at The Maritime Aquarium at Norwalk. (Maritime Aquarium)

END_OF_DOCUMENT_TOKEN_TO_BE_REPLACED 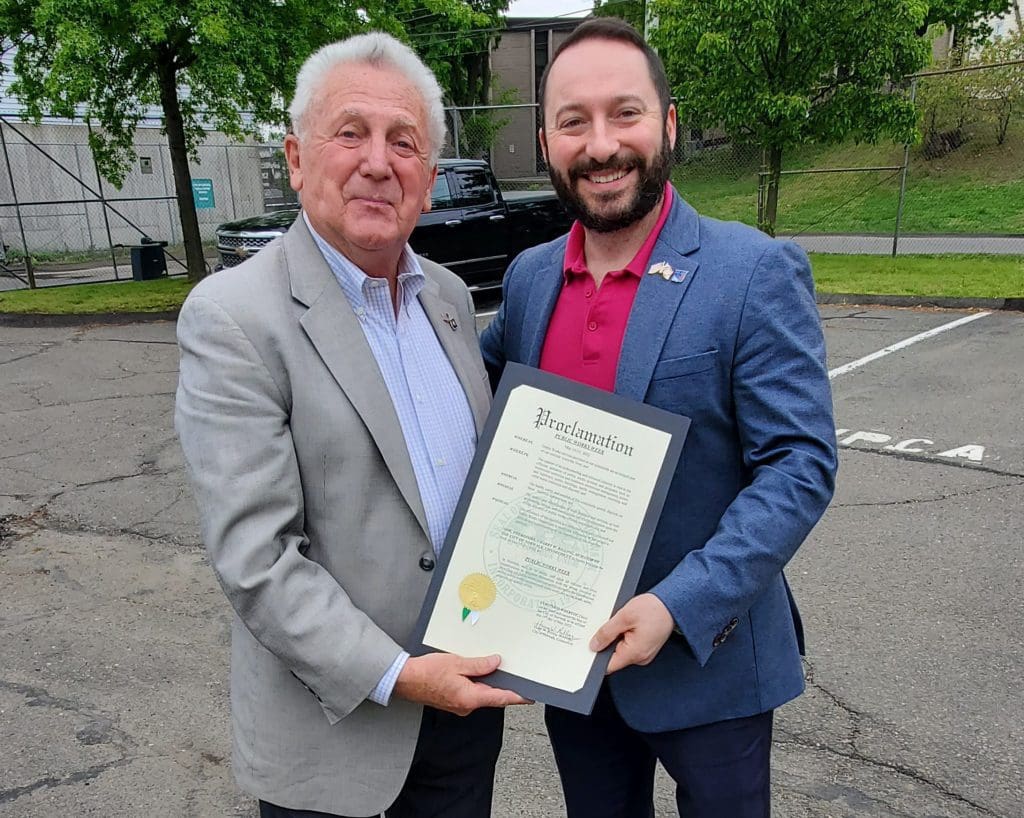 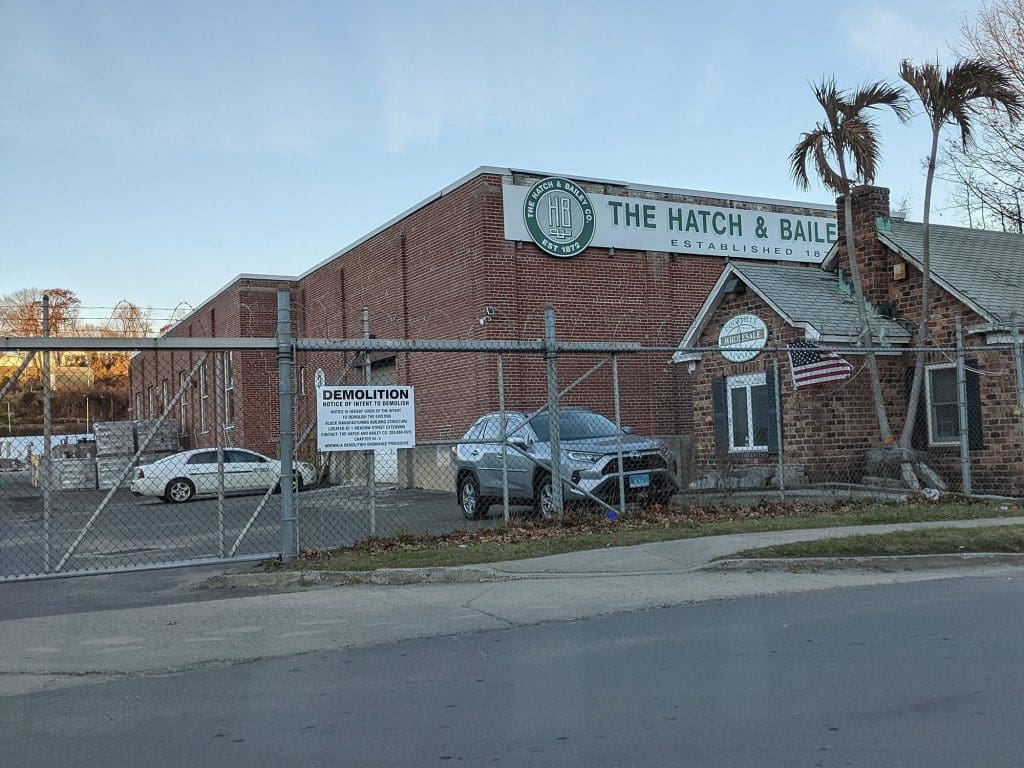 The Hatch & Bailey site at 1 Meadow Street Ext., in December.

NORWALK, Conn. — City leaders were set to reveal the planned location of a new South Norwalk neighborhood school Wednesday but postponed the announcement due to the tragedy yesterday in Uvalde, Texas,

All indications have been that the school will be on the Hatch & Bailey site at 1 Meadow St. On Thursday, Mayor Harry Rilling acknowledged that’s the case. END_OF_DOCUMENT_TOKEN_TO_BE_REPLACED 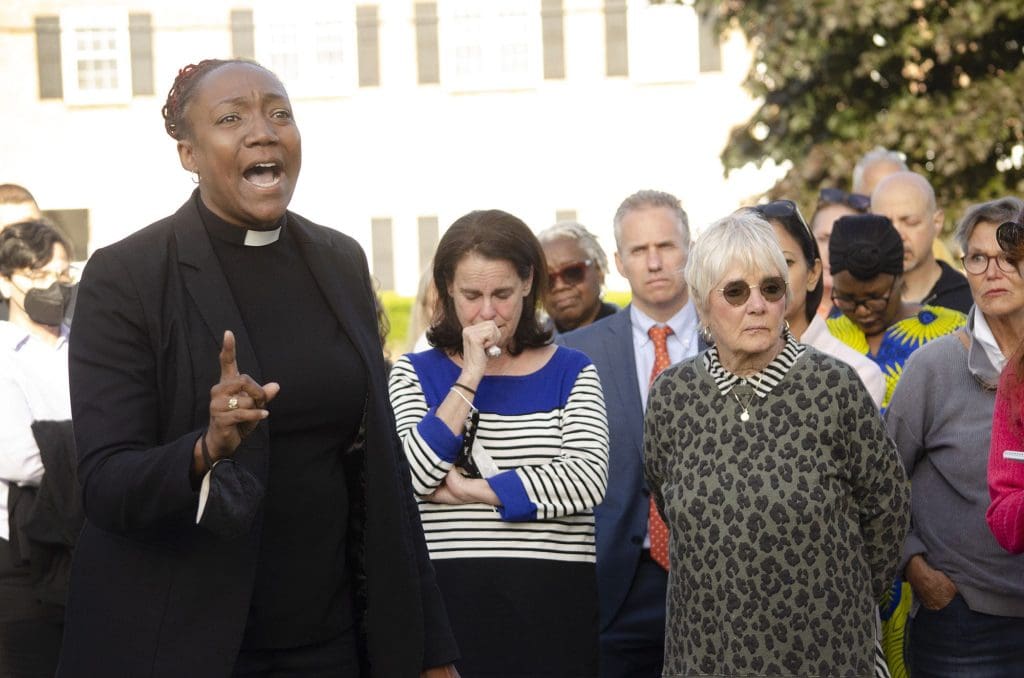 The Rev. Elisabeth Abel, pastor of Cornerstone Church, speaks Wednesday at a vigil on the town green. (Nancy Guenther Chapman)

“If you are not torn apart, I don’t know what to say. Silence is no longer enough; talking is no longer enough. Action is required right now. We cannot do this anymore. This is not another day; there are 18 children who are dead today,” said the Rev. Elisabeth Abel, pastor of Cornerstone Church, Wednesday on the town green. END_OF_DOCUMENT_TOKEN_TO_BE_REPLACED 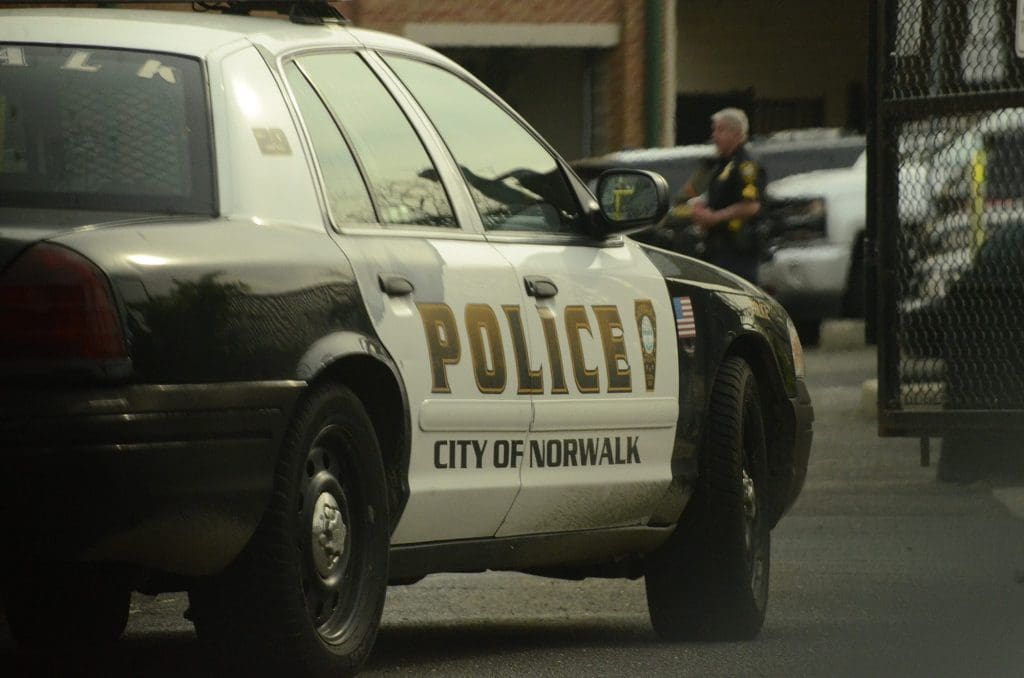 At least 19 children and two teachers are dead after a shooting at Robb Elementary School in Uvalde, Texas, news reports say. The 18-year-old gunman, who was armed with an assault rifle, was killed by local police on the scene. He is said to have texted folks his plans to shoot his grandmother and “an elementary school” half an hour before the tragedy occurred. END_OF_DOCUMENT_TOKEN_TO_BE_REPLACED 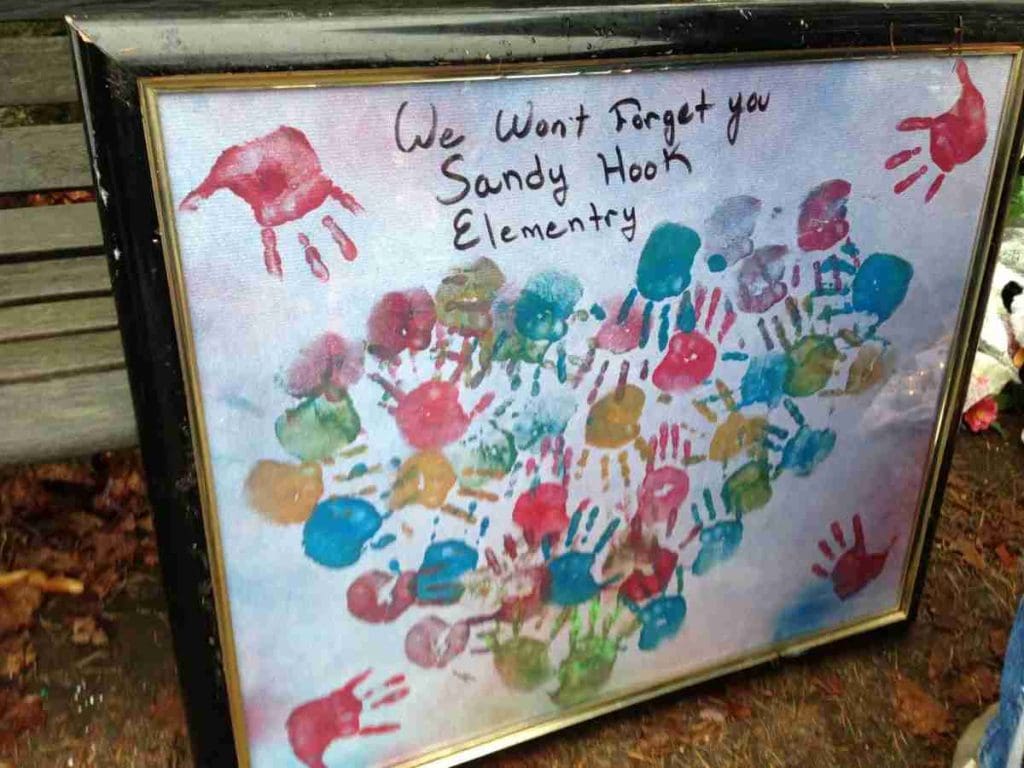 The massacre at Sandy Hook Elementary School in 2012 took the lives of 20 children and six adults. (CTMirror.org)

As her 7-year-old ate a morning bowl of Cheerios, Amy looked at her daughter and wondered whether to start a conversation about the massacre in Uvalde, Texas, that left 19 elementary school children and their teacher dead.

It’s a question parents have had to wrestle with time and again as kids are shot to death at their schools. It hits hard for many in Connecticut, where 20 first-graders were killed at Sandy Hook Elementary School in 2012.  END_OF_DOCUMENT_TOKEN_TO_BE_REPLACED 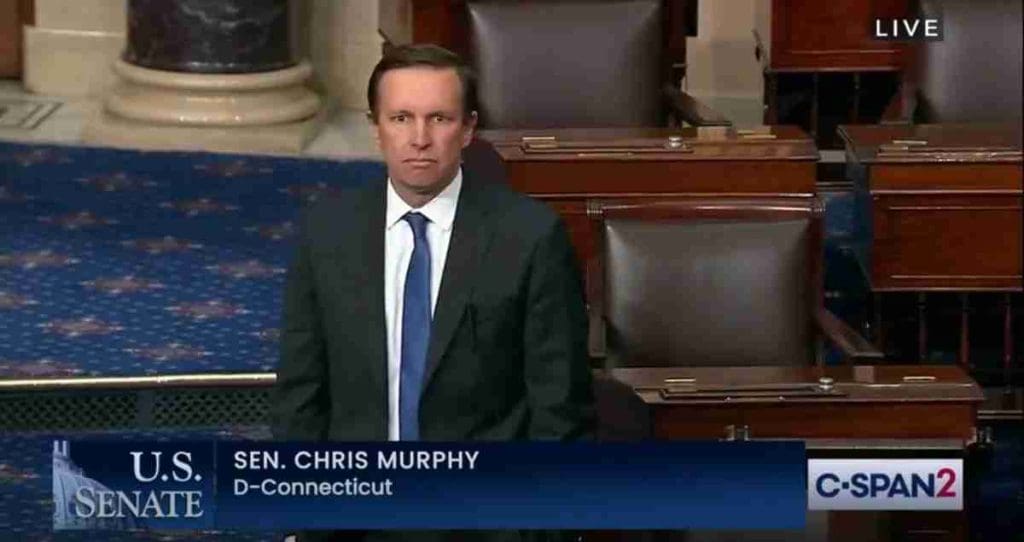 Sen. Chris Murphy reacting to the mass shooting in Uvalde, Texas, and the U.S. Senate’s inaction since Sandy Hook.
(C-SPAN)

An anguished Sen. Chris Murphy of Connecticut asked the question seven times Tuesday in brief remarks on the floor of the U.S. Senate. He spoke as the death toll in America’s latest mass shooting reached 16 — a teacher, 14 kids and their young killer. It would grow to 21 hours later.

“What are we doing? Just days after a shooter walked into a grocery store to gun down African American patrons, we have another Sandy Hook on our hands,” Murphy said. “What are we doing?” END_OF_DOCUMENT_TOKEN_TO_BE_REPLACED 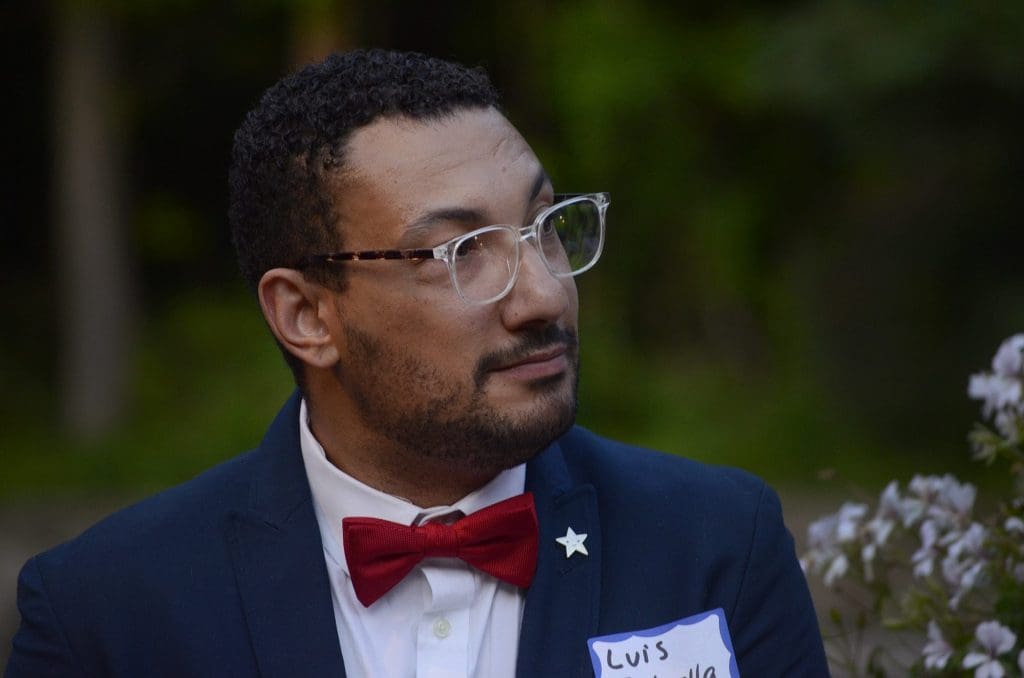 NORWALK, Conn. — Norwalk Republicans have endorsed Luis Estrella as their candidate for District 137 State Representative, capping off a Tuesday fundraiser.

The Republican Town Committee could have endorsed a candidate in their meeting last week, but at that point, RTC Chairman Fred Wilms said no candidates for the 137th and the 140th Districts had been found.  When audience member Rev. Johnny Cardamone objected, Wilms agreed to keep the meeting in recess so the group could reconvene if candidates were found.  The deadline for an endorsement was Tuesday, and Republicans did not put forth a candidate to challenge Democratic District 140 State Rep. Travis Simms. END_OF_DOCUMENT_TOKEN_TO_BE_REPLACED