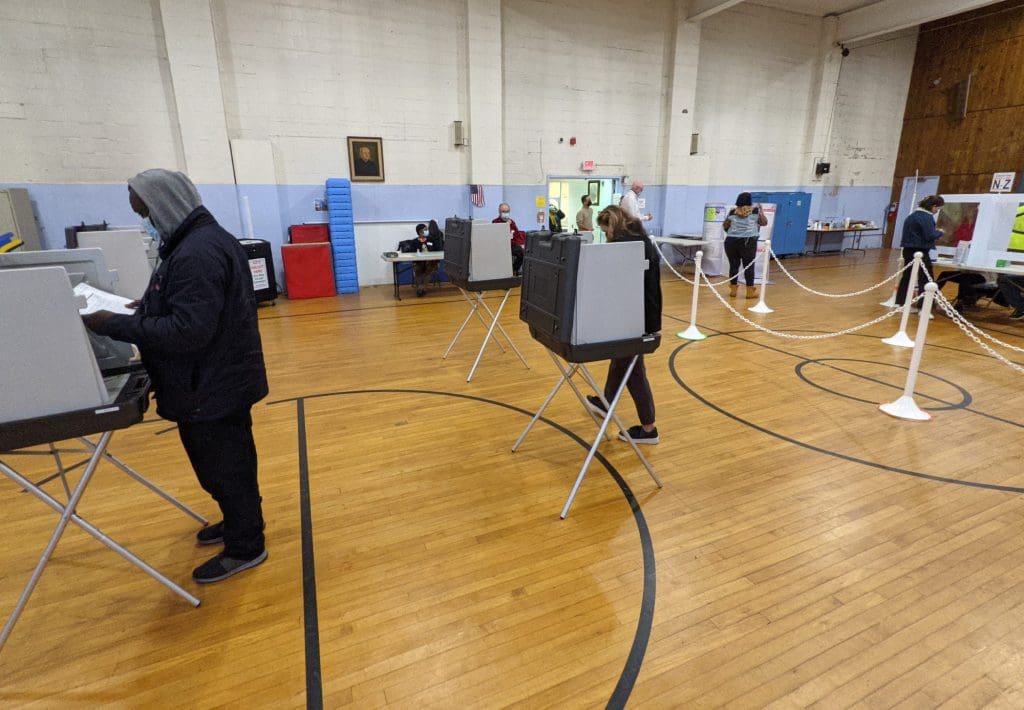 NORWALK, Conn. – Turnout is down as voters go to the polls Tuesday.

According to Mayor Harry Riling, the overall count at 6 p.m. is roughly halfway between that of 2019 and 2017.

But voting was down at almost all the polls. Rowayton Elementary School has beaten 2019, as at 6 p.m. today the count at Rowayton was 877.

Compare that to previous 6 p.m. counts:

This appears to reverse a trend. In 2013, the year Democratic former Police Chief Harry Rilling challenged Republican incumbent Richard Moccia and won, the total turnout for the day was 16,520 votes cast, according to the Secretary of State’s Office. It dropped precipitously in 2015, his first challenge for reelection, but has gone up steadily since then.

Board of Education at large

For those out there who think voting is a difficult thing to do and would like to expand voting, it should be noted it took me approx. 3 minutes on my lunch hour. Just an observation. I will say the biggest hassle I dealt with was the over anxious politicians greeting voters at Fox Run School.I could do without them..

My husband and I voted at Marvin this evening, and we were told by two volunteers not to feed our filled out ballots into the machine, as it was broken. The gentlemen took our ballots from us and put them into the broken machine, and said they’d be counting by hand tonight. Maybe NON could get some more info on the situation at Marvin.