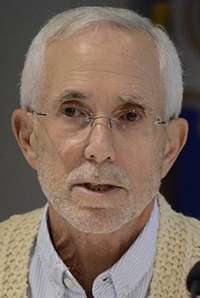 This article was written for the Connecticut Association of Boards of Education, known as CABE, in the fall of 2019. At the time, Bruce Kimmel was a member of the Norwalk Board of Education, as well as a member of the CABE board of directors. Some of the initiatives mentioned below were not implemented because of the pandemic, he said. He submitted the article to NancyOnNorwalk because the Norwalk BOE is once again discussing school start times.

For years, the Norwalk Board of Education conformed to standard practice by focusing almost exclusively on academic growth. However, current research indicates greater academic success can be achieved by focusing on the physical health, as well as the social and emotional needs, of students. We have thus taken steps to ensure these needs are properly addressed in city schools.

At its 2018 summer retreat, the BOE adopted several priority implementation steps for the 2018-19 academic year, one of which was: “Conduct a study and develop plans to address findings of the American Academy of Pediatrics and the Center for Disease Control concerning later high school start times.” The task force – which included teachers, administrators, and parents, as well as a bus consultant, sleep expert and pediatrician – began its work a few months later. However, due to the complexity of the issue and budget constraints, this implementation step was postponed to the 2019-20 school year.

The charge for the task force was to rework all start times, so they conformed to what is now settled science regarding the sleep patterns of adolescents. The task force organized high school student focus groups, as well as elementary and high school parent forums. It also conducted a comprehensive survey. This input informed the committee, which met eleven times, as it developed its recommendations.

The report contains a letter from ten local pediatricians that cites the above-mentioned organizations and concludes, “This public health epidemic needs to be taken as seriously as any other health issue…. We recognize that such a structural change may have its challenges but, as pediatricians, we indefatigably advocate for the health and welfare of children and stand in solidarity in support of this initiative for the betterment of our community.”

In a section called “Sleep deprivation in teens is a public health epidemic,” the report states, “While it may be tempting to place blame solely on poor habits such as the use of electronics for teens’ lack of sleep, there is clear evidence that factors out of teens’ control, such as biology and school schedules, play a key role in the health crisis facing today’s teens.”

The report notes, “Sleep deprivation increases the likelihood teens will suffer a wide range of negative consequences, including an inability to concentrate, poor grades, substance abuse, drowsy-driving incidents, anxiety, depression, thoughts of suicide and even suicide attempts…. Scientists have learned that around puberty, adolescents’ biological clocks shift later so that it is difficult for them to fall asleep before 11 p.m. or wake up before 8 a.m., even when they practice excellent hygiene.”

The report cites studies that show, “Thousands of adolescents have shifted to later school start times and the results show very clearly that, in spite of concerns that teens will simply stay up later, bedtimes either stay about the same or even shift slightly earlier in some cases.” Moreover, there is substantial evidence that student achievement improves when high school students get more sleep.

After examining 12 scenarios, each one with a separate cost, the task force recommended that our high school start time be moved from 7:30 to 8:30. It recommended keeping our middle school start time at 8:15, and strongly urged that no elementary school start before 8:00 to ensure our youngest students do not wait for buses in the dark. This scenario would cost about $457,000 because five additional buses would be required.

Realizing that smooth implementation of the initiative would require the Board to work with other city departments, Board members met with the Mayor, the staff of the city’s Transportation, Mobility and Parking department, and the City’s director of Economic and Community Development. The TMP department agreed to include funds in its 2020-21 capital budget request for a traffic consultant to plan and monitor whatever transportation issues arise once the new start times begin. The Board plans to meet periodically with city officials in the coming months to ensure everything moves forward smoothly.

The week before the Board was scheduled to vote on the initiative, one last public forum was held at City Hall to provide residents and stakeholders an opportunity to weigh in on the new start times. And the day prior to the actual Board vote, about 20 people spoke during the public comments portion of the meeting. Most speakers, while recognizing logistical concerns, were in favor of the recommendations contained in the report.

The Board approved the initiative by a 6-2 vote. The two negative votes were based on traffic and budgetary concerns, not the science behind the initiative.

Why not just let kids go to school when they feel like it? How about between 12 & 1 every other day? Our more progressive policies have done such a great job with children that we have more suicides, more mental health issues than ever before. Maybe it’s time to stop coddling our children. This path we are on is not sustainable. If you love kids you’ll challenge them not coddle them
Holy Cow!

Quick addendum: Studies also have shown that most sexually active teenagers have sex in the afternoons when their parents aren’t home, not sneaking out for clandestine trysts at night like the movies.

Lets not forget Mr Kimmel wasted $90,000 of our money on a traffic study to study the effect of a later start time. Why is it we never talk about giving teachers and students better tools to learn? Better computers, more smart boards, etc… Instead we talk about a useless Super who makes $300,000 plus and we are being sued because she misled her friend into coming her for a job and then fired her. I understand both her kids are on vacation this week in Florida. I guess they are exempt from regular school days in Norwalk. Mr Kimmel needs to give this idea a rest. Does he want to continue to let the kids suck on their binkies in school as well until high school? Get your kids to bed and get up for school the same way we all did. Employers wont change start times and neither should the schools!