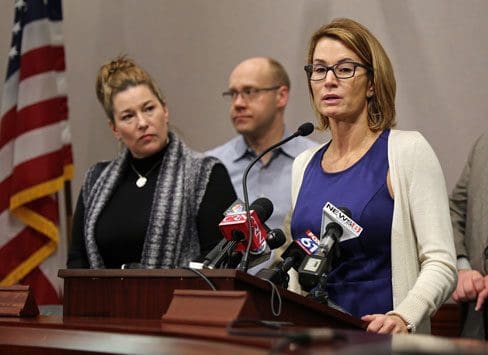 Updated 2:23 a.m. May 6 with links to transportation lockbox  and judiciallayoff stories.

HARTFORD, Conn. – Democratic legislative leaders and Democratic Gov. Dannel P. Malloy announced they reached a budget deal on Tuesday at 11 p.m. but they were unable to get the document drafted in time to debate it before Wednesday’s deadline. On Thursday afternoon it still wasn’t publicly available.

Lawmakers, including Republican legislative leaders, were given a 31-page Microsoft Excel spreadsheet, which included a revenue summary and spending cuts. What was still missing Thursday is language that explains how those spending cuts and revenue changes will be implemented.

House Minority Leader Themis Klarides, R-Derby, said she knows there has been discussion about “whose fault it was that there was not a document produced.” She said she plans to talk to House Speaker Brendan Sharkey, D-Hamden, about when a document will be produced.