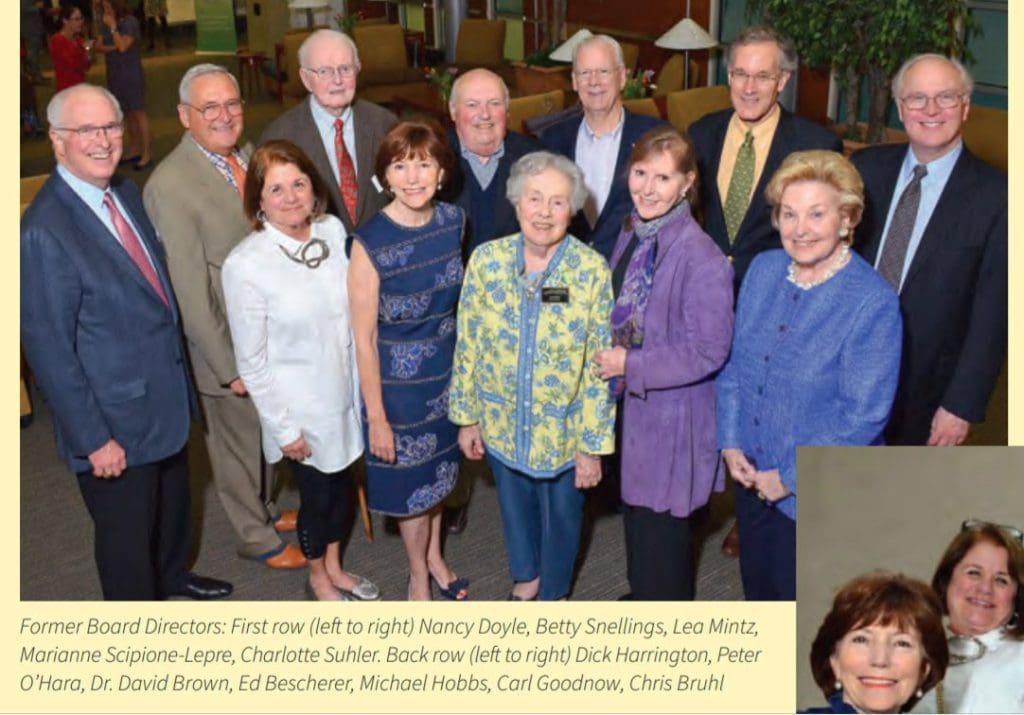 A photo in the 2015-16 Norwalk Community College annual report. 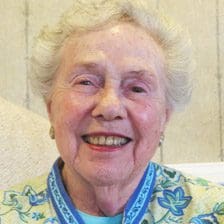 NORWALK, Conn. — Lenore “Lea” Mintz, who is described as a Norwalk education powerhouse in the 60s and 70s, has died due to COVID-19, Norwalk Democrats say.

“Lea was a friend for many, many years. She was a formidable leader on the Board of Education and at NCC. She was not afraid to make hard decisions and campaign for them. She made plenty of real lasting changes in the City,” former Mayor Bill Collins said.

Mintz was 94. A 2010 Connecticut Plus story states that she lived in Norwalk for 60 years; other information indicates that Mintz subsequently moved to Ridgefield and then to the Meadow Ridge Senior Residence in Redding.

Bernier said Mintz was “a tireless advocate on behalf of Norwalk Community College, and a dedicated and passionate voice on the NCC Foundation Board of Directors” for more than 60 years.  “She has forever left her mark on higher education in Fairfield County and our community will miss her dearly.”

“Always passionate to share her beloved college with everyone in her community, when Lea moved to Meadow Ridge, she created NCC @ Meadow Ridge, an educational program with a series of courses taught by NCC faculty for residents of her senior living community.  The program was extremely successful, and a major source of pride for Lea,” Bernier continued.

Who’s Who Lifetime Achievement lists these achievements for Mintz:

A Michigan Alumnus book from 1950 says Mintz (’42-’44) was, at the time, Third Vice President of the Norwalk Branch of the American Association of University Women. Her oldest son was four years old and the family lived in South Norwalk.

“I knew Lea Mintz and her husband starting back in the 70s when I first got involved in politics,” City Clerk Donna King wrote. “Her dedication was always 100% and she broke a lot of ground as a woman in politics and government  Education issues were always at the top of her list. She was very close to her three sons and adored her daughters in law as well as her grandchildren. She was particularly proud of those grand children. When she moved out of Norwalk she remained very active in democratic politics. Lea worked to make a difference every day.”

“She was one of the champions of integrating Norwalk schools by busing in the ‘60s, and a power in the Dem Party and educational matters,” Collins wrote.

“Lea Mintz is another towering Norwalk personality who has been taken from us unexpectedly by the corona virus. I became friends with Lea during my campaign for mayor in 2001 when she became an indispensable supporter, helping me with fundraising, political advice and community outreach. I knew that Lea had been a major pioneer in establishing Norwalk’s modern public education system in the 1960’s and 1970’s but I did not get to know her until after she had retired from her days as a Democratic Party powerhouse in Norwalk. But she was still full of energy, donating her support to many non-profit organizations in Norwalk while remaining an indefatigable advocate for public education. Lea was a well-respected professional consultant on personnel and human relations matters. After I was elected I appointed her to city task forces and had many informal meetings with her to get the benefit of her wise advice on departmental organization matters at City Hall.

“My friendship with Lea was especially fulfilling and memorable for me because although we came from very different generations, nonetheless we still found we had so much common in our moral values, civic commitments and political loyalties. Lea was a special person and a loyal friend. My wife and I send our condolences to Doug, Richard and the rest of Lea’s family.”

“Lea will be greatly missed by the entire community and especially those of us at NCC,” Bernier’s Friday email said. “Her family thought it would be most meaningful to Lea to have gifts in her honor be directed to NCC. If you would like to send a gift in her memory, you may send it to the NCC Foundation at 188 Richards Ave., Suite E311, Norwalk CT 06854, or visit our website at https://ncc-foundation.org/donate/.”

Hmmm unlikely there will be street or other namings for remarkable women like Lee Mintz, (or Edith Vogel, Grace Lichtenstein, etc.). Don’t imagine any of them would care much about such things but still interesting to note how we recognize (or not) the contributions and accomplishments of this generation of women.

So sorry to read this. What a wonderful legacy for her family to remember.

so true on the comment regarding street names. Obama Way here we come