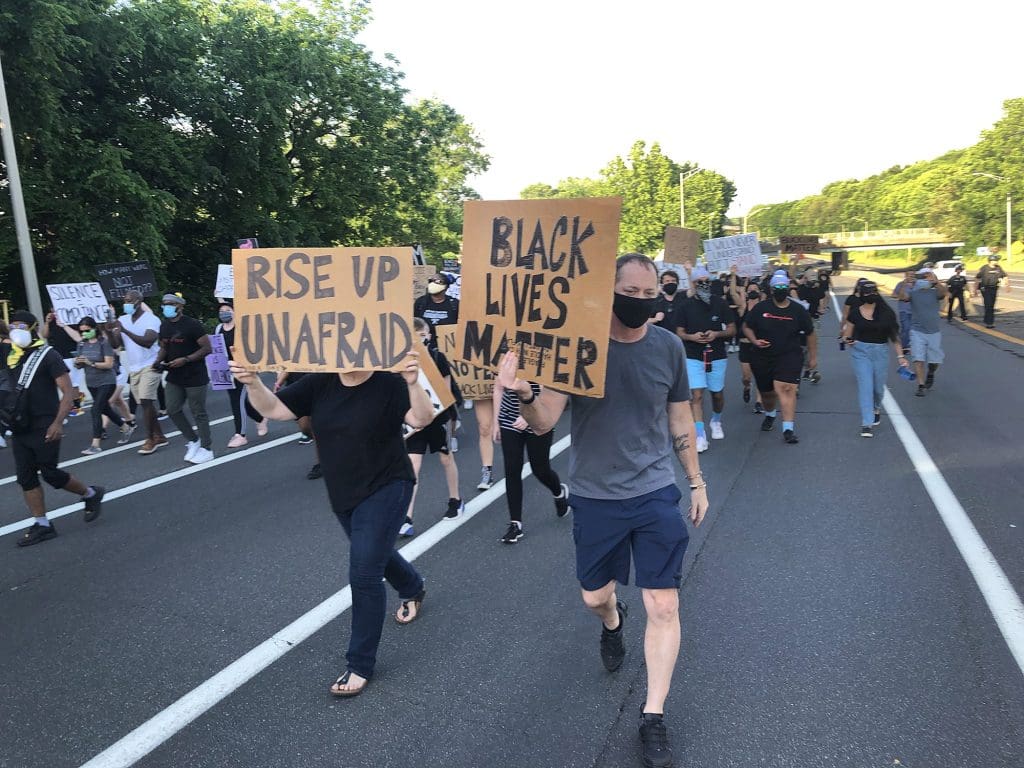 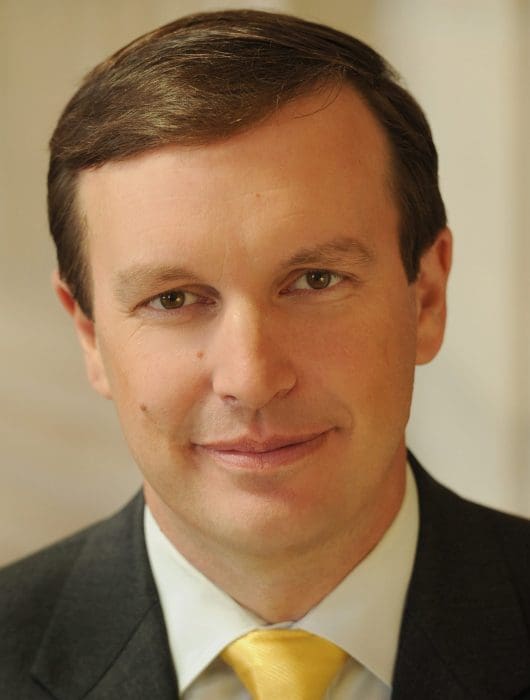 Just as the world today is consumed with images of American law enforcement officers pepper-spraying peaceful protesters in front of the White House and pushing old men onto the sidewalk, so was the world transfixed by similar scenes during the civil rights movement of the 1950s and 1960s. And just as many Americans today surmise that the eruption of these civil rights protests and President Donald Trump’s scornful and often brutal response to them have accelerated the descent of the United States’ reputation around the world, so, too, did those who lived through the events of the country’s first civil rights movement. Watching the 101st Airborne called in to forcibly integrate Little Rock Central High School in 1957, the famed columnist Walter Lippmann wrote: “The work of the American propagandist is not at present a happy one. [Segregation] mocks us and haunts us whenever we become eloquent and indignant in the United Nations. . . . The caste system in this country, particularly when as in Little Rock it is maintained by troops, is an enormous, indeed an almost insuperable, obstacle to our leadership in the cause of freedom and human equality.”

These days, of course, the world didn’t really need any new reasons to feel queasy about the United States. President Trump’s attacks on traditional allies, disinterest in human rights and democracy promotion, and generally boorish behavior have already put the country’s global reputation on a path of steady decline. Last year, the Pew Research Center reported that in many parts of the globe, approval of the United States was at an all-time low. The Trump administration’s bungled response to the COVID-19 pandemic, which has left over 110,000 Americans dead, surely did not reverse this trend.

Yet fears that the new tempest over racial justice is making the United States look weak in the eyes of the world are totally and completely upside down. This moment of reckoning could end up becoming a defining advertisement for the American model, a body blow to autocratic regimes all around the world, and a way for the United States to reclaim much of the moral standing that it has lost during the past three years.

Why do I believe this? To start, I know that the United States has never claimed perfection. How could a nation forged by human chattel? What it does claim is that it has put in place a system of governance in which normal citizens possess agency, over both their own fate and the fate of their fellow citizens. And however flawed and frail U.S. democracy may be, it is still the world’s standard, and the future of the global fight between self-determination and autocracy largely rests on its success or failure.

The United States’ adversaries know this. That is why they spend so much time trying to undermine the American system of government through election rigging and information warfare. They know that if American democracy succeeds, more people in their own nations will want democracy for themselves. And if that happens, it is good for the United States, since more democracies mean more global stability and fewer threats to the homeland.

U.S. rivals’ fear of democracy led Russia to invade Ukraine—to destroy a democracy that was starting to function normally, with citizens demanding that leaders who don’t deliver be replaced. That example, for all Russians to see, could not be allowed to exist right next door. The same fear has led China to feverishly repress democratic progress in Hong Kong, lest the people in mainland China start getting ideas about personal and political agency.

The attraction of a democracy is the ability of ordinary people to decide their future and for those same ordinary people to join with one another in collective action to right long-standing wrongs. In the United States, the power of the status quo is such that successful instances of major, grassroots-led change are few and far between. But when change does occur—as happened during the first civil rights movement—it reminds the world of the awesome power of the United States and its model of governance. The signs held aloft at the 1968 Democratic convention read: “The Whole World Is Watching,” and indeed it was. As the civil rights movement of the 1960s scored victories, the propaganda efforts of the Soviet Union lost steam. Americans’ ability to candidly wrestle with Jim Crow undermined the Soviet critiques of their country and weakened global communism.

Further, these moments of collective mobilization for civil rights act as earthquakes, sending shock waves all over the world. Shen Tong, one of the leaders of China’s 1989 democracy protests, named Martin Luther King, Jr., as his inspiration. Patrick Lekota, a major figure in the antiapartheid movement in South Africa, said the American civil rights movement was “highly studied material.” Polish Solidarity leaders invited U.S. civil rights leaders to instruct them on the tactics of nonviolent action. When Americans stand up successfully for their own rights as human beings, it gives inspiration and confidence to others, alighting the world in civil rights and democratic activism.

Finally, just as Lippmann argued in 1957, taking action to address long-standing racial inequality will also neutralize a key propaganda argument by foreign adversaries. Authoritarian governments, such as China and Russia, seize on existing racial divisions to argue that the United States doesn’t live up to its own ideals. They did not create these divisions but relish in exacerbating them—and do so using increasingly sophisticated social media tools and strategies. But everyday American citizens can flip that argument on its head by demonstrating their capacity to bring about meaningful, systemic change through collective action.

It is too early to tell if the Black Lives Matter movement will end up being as enduring, significant, or successful as the movement that resulted in forced desegregation, the Civil Rights Act, and the Voting Rights Act. But maybe the country is at the dawn of a second civil rights movement that will prompt fundamental reforms to its systems of law enforcement, criminal justice, housing, and school finance. Could it also be that Americans’ ability to squarely confront their demons and use the tools of democracy to profoundly alter the status quo will relight the country’s torch in the eyes of the world? Might simmering human rights campaigns and democracy movements around the world find new strength, watching millions of ordinary Americans, powerless on their own, move a nation to long-overdue action through collective strength?

Three and a half years of Donald Trump serving as the face of the United States have done incalculable damage to the country’s standing in the world. It will take a truly exceptional turn of events to reverse this downward slide of American reputation and influence. But what has happened in our imperfect, always-correcting nation over the past two weeks is truly exceptional. And maybe—just maybe—the country’s second civil rights movement will be its best chance to reset its image and influence around the world.

This opinion was originally published on Foreign Affairs.

Murphy threatened to cut all Democratic support for Ukraine; if Ukraine assisted in the investigation of Biden. That is treason.

Murphy accepted payments from Leitner, Burisma Lobbyist and in doing so was paid to vote against Trump in the fabricated impeachment.

Murphy tried to undermine the checks and balances designed to protect American interest and also met with Iran in Germany. Murphy is the last person we should have walking across our State.

Does Chris Murphy even live in Connecticut? Can he expound on the demographics of the schools his children are attending? The hypocrisy of these politicians is frightening.

When all else fails, blame Trump for racism.
Plan A. Collude with Hillary, GPS and the Russians to win the election.
Plan B. Sway the Electoral College votes
Plan C. Overturn the Election results with recounts. ***(Recounts were abandoned when they resulted in more votes for Trump and exposing democrat voter fraud)
Plan D. Nullify the election by framing Trump with Russian collusion
Plan E. Have the Deep State take Trump out using the 25th Amendment
Plan F. Impeach Trump for firing Comey
Plan G. Impeach Trump for Campaign Finance violations
Plan H. Push Back: “If you see anybody from that cabinet…..get in their face”
Plan I. Impeach Trump for Obstruction of Justice
Plan J. Demonize Trump’s S.C. Justice nominee
Plan K. Impeach Trump for Money Laundering
Plan L. Impeach Trump for Treason
Plan M. Impeach Trump for revoking security clearances of people no longer in the government.
Plan N. Obstruct everything Trump attempts to do in congress

They keep trying and the best they have to compete is Uncle Joe.

Chris Murphy is a powerful voice and a progressive leader. We are lucky to have him in the US Senate in this very difficult year. And thank goodness for the Black Lives Matter movement throughout CT and the entire country!

From most reports, Chris Murphy doesn’t even live in Connecticut, his kids go to school in DC, his wife works in DC, they get their health insurance in DC. I guess he’s Connecticut’s senator in spirit.

Lucky to have Chris Murphy?! Now that’s a laugh. Having him in office in “this difficult year” is a serious threat, he is a waste and should be disposed of at the next election.

Unfortunately Murphy is too much like many of the other career politicians in DC. Not as bad as Blumenthal, or Hines, but still lots of talk, always blaming the other side for the problems and in the end getting little accomplished in the way of solving real problems, with real solutions & results. One of their standard go to responses to any issue is always that “ we’re making progress”. They’ve had over 50 years to improve our nation’s racial problems and conditions with pathetic results. Can anyone really be satisfied with where they have taken us? From the 1960s to today? If our country has problems in these areas, which I believe it does, you can only blame the politicians that we send to Washington and our state capitals for not getting things corrected. Are you satisfied with the pathetic progress that they have made over the past 50 plus years? I’m not! Why is that these politicians rarely direct any of their attention to these topics until it comes to re-election time, or when a crisis occurs? But we’re making progress. they claim. Why do we continue to accept their low standards and lack of accomplishments? Why are we average Americans, held to higher standards than our politicians. Why do we continue to accept their lack of progress and achievements in these and other areas? But yet continue to send them back term after term? While I have been a registered Democrat my entire voting life, it is not fair to blame these problems on Trump. Our pathetic politicians and dysfunctional political system have failed us and in particular our minority population. We’ve been torn apart and divided as a nation by them, for the sake of power and influence. We deserve better. We are better. I’m confident that we as a nation can turn the corner on these issues but only if we demand more action, solutions and accomplishments from our elected officials. No more cheap talk,
unfulfilled promises and excuses. No more weak claims that we’re merely making progress. We must demand results from incumbents or seen fresh, new blood and energy to Washington and Hartford.