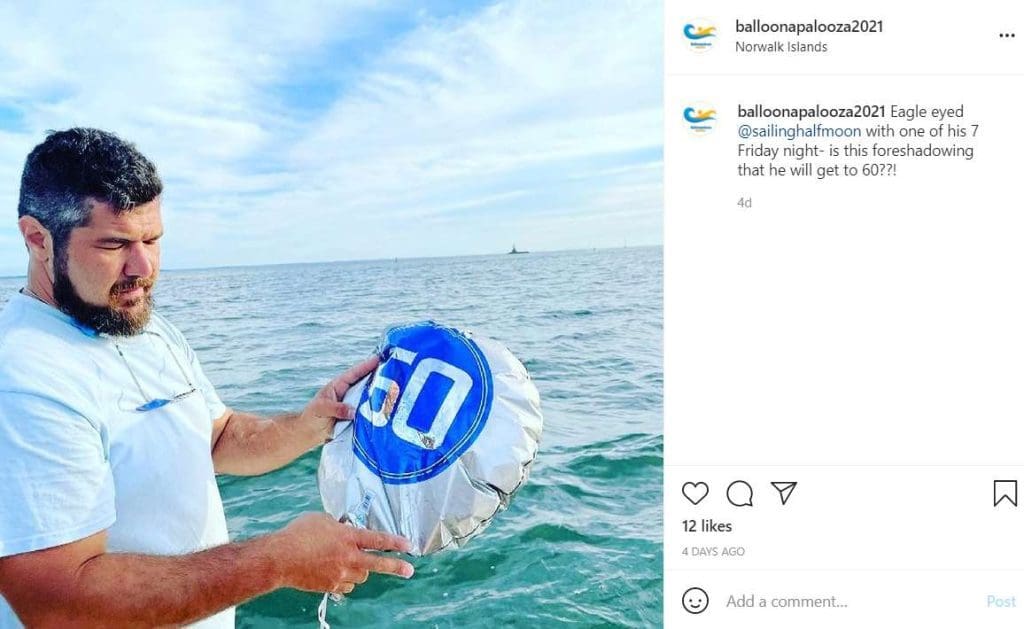 A “few local concerned boaters” have partnered with Rex Marine in a unique “fishing” contest, under the banner “balloonapalooza,” Peter Kuhn said.  Boaters have until July 11 to fish balloons out of the Sound and are competing for prizes that include:

It’s the second Balloonapalooza. Kuhn said there were 630 balloons removed from Long Island Sound last year and about 150 collected so far this year.

Balloons are known to be dangerous for sea life – they float away, land far away and animals mistake them for food.

A study released in 2019 found them “the highest-risk plastic debris item for seabirds — 32 times more likely to kill than ingesting hard plastics. Researchers looked at the cause of death of 1733 seabirds from 51 species and found that one in three of the birds had ingested marine debris.”

The Environmental Nature Center in Newport Beach, Calif., reports, “Sea turtles, dolphins, whales, fish and birds have been reported with balloons in their stomachs and ribbons and strings can lead to entanglement, causing death.”