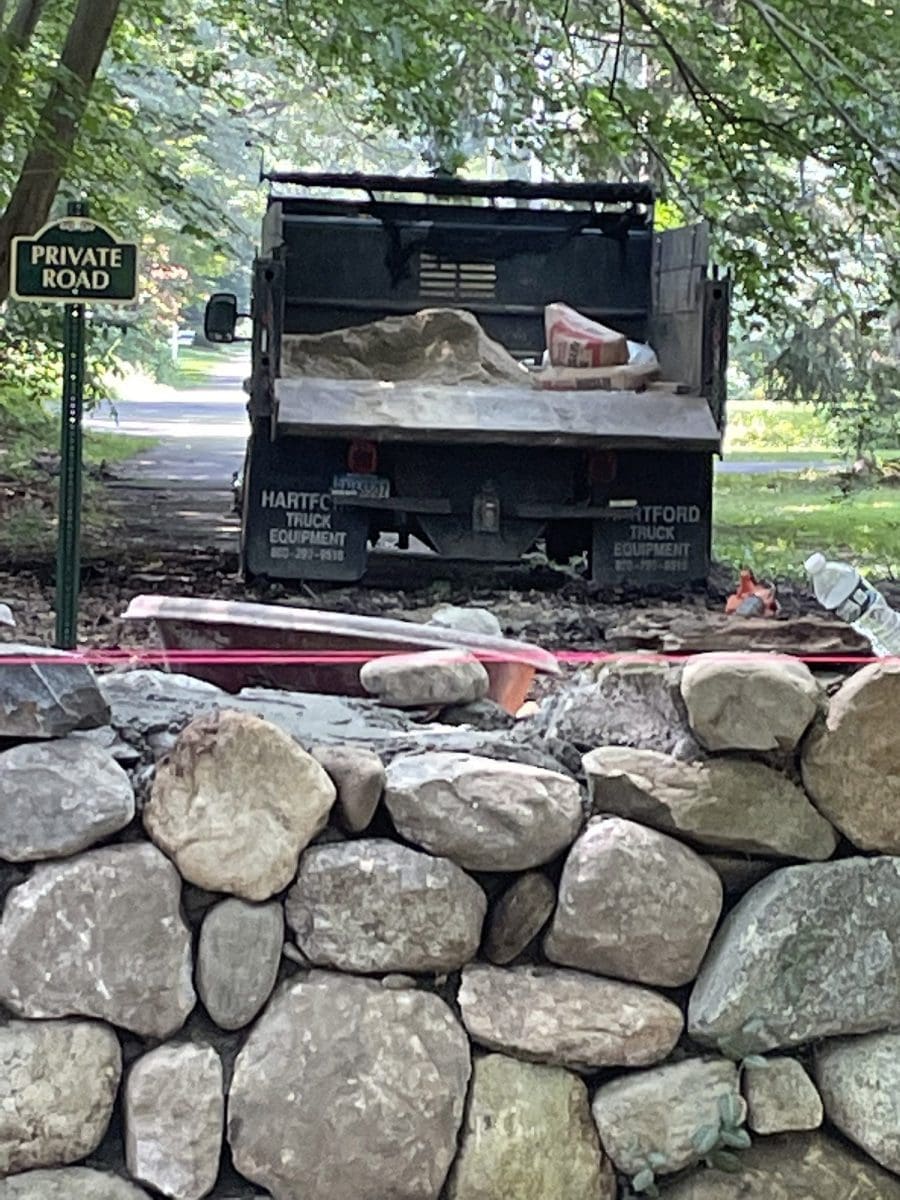 NORWALK, Conn. — The opening in the wall separating Ravenwood Road in Norwalk and Marianne Road in Darien was filled in recently.

Norwalkers complained passionately in December when a “no trespassing” sign went up and it was swiftly covered up. Robert Koroshetz said the opening in the stone wall was filled July 16. Paul Cantor said Monday the pedestrians can still walk through by going to the left of the wall.

Darien Director of Public Works Edward Gentile said Marianne Road is a private road, and, “I have no knowledge regarding the wall.”

It’s either a public road, with the public entitled to access, or it is not. Shouldn’t be that hard to figure out. If it is public property, tear down the wall. If it is not, stay out.

the opening was used by people walking and cycling for the most part so what is the logic behind closing it up if you can still just go around the wall?