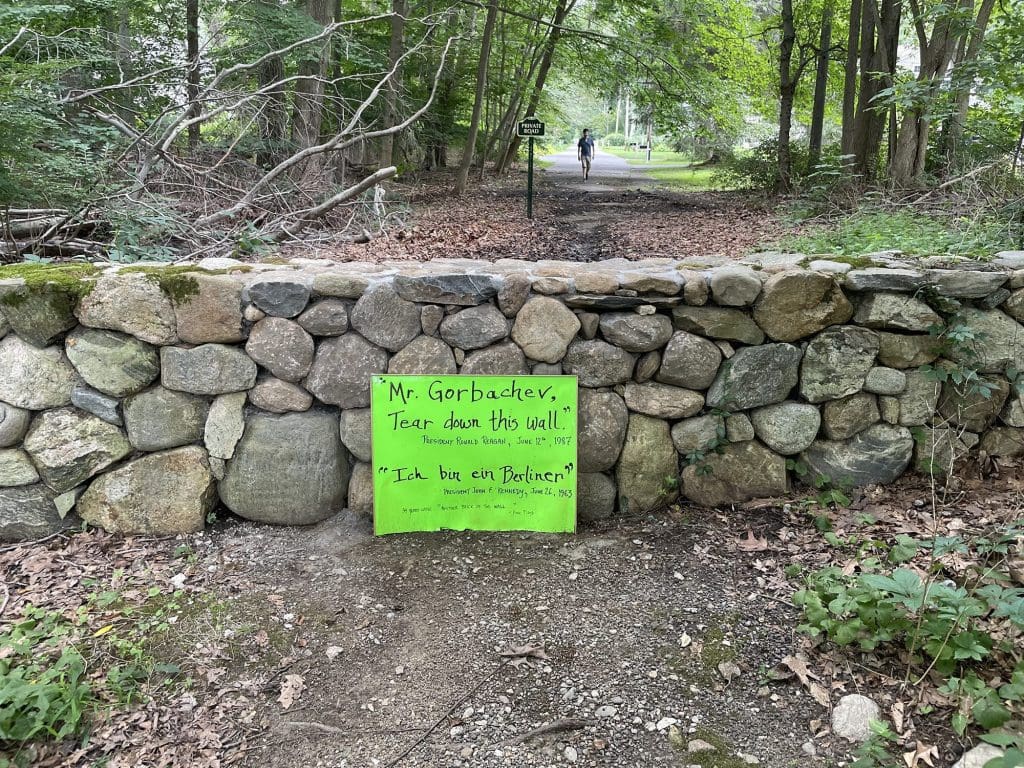 NORWALK, Conn. — Pedestrians can still cross from Norwalk to Darien at the end of Ravenwood Road but it’s clear that at least some residents don’t like the newly repaired wall, as shown in this photo taken Sunday by Paul Cantor. Besides the easily readable quotes from Presidents Ronald Reagan and John F. Kennedy, in small print there’s one from Pink Floyd: “Another brick in the wall.”

There had been an opening in the wall. A “no trespassing” sign caused a social media furor in December and while the sign has not returned, the gap in the wall has been closed. Cantor said pedestrians can go around the wall, as shown by the walker in the photo above.

He did not put up the sign, he said.

this is awesome. i love my neighbors

Lovely to see our neighborly “former” sundown town letting us know just how they feel about us.