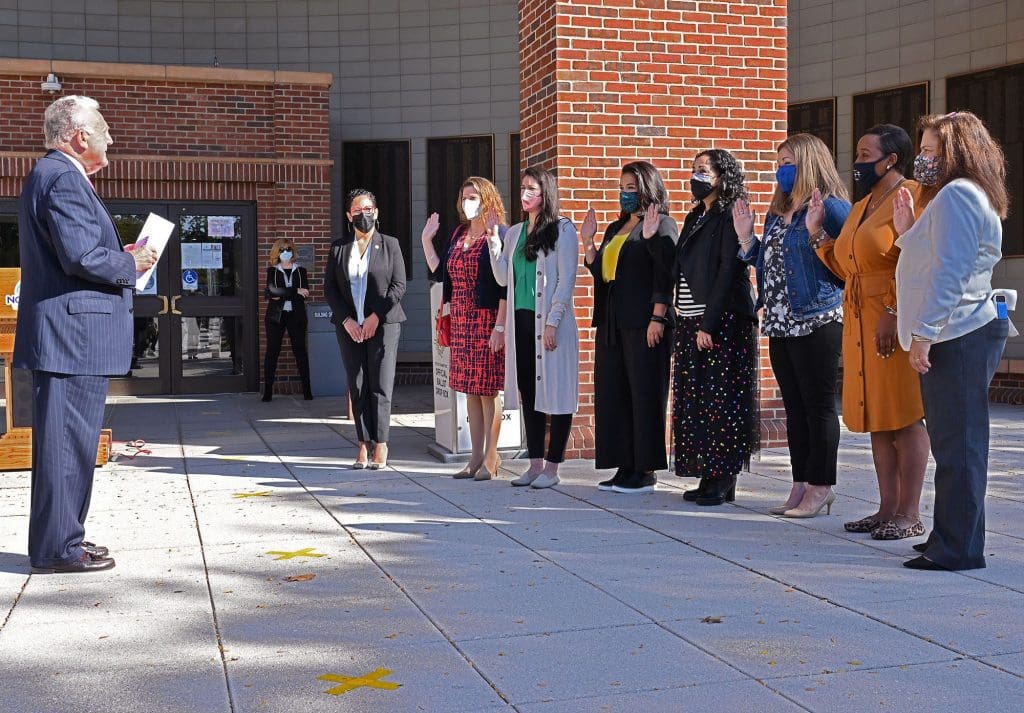 NORWALK, Conn. — Mayor Harry Rilling publicly swore in seven members of the newly reinstituted Norwalk Commission on the Status of Women in a ceremony Friday outside City Hall.

The Commission will probably meet on the third Monday of every month and form subcommittees “with various tasks and responsibilities to explore the situation of women and Norwalk relative to equal opportunities, comparable worth and other kinds of things that we know that sometimes women are a little bit behind, and don’t have the same opportunities as others,” Rilling said.

The Commission on the Status of Women became part of the City’s code in 1987, under then-Mayor Bill Collins, but disbanded after participation wanned, a City news release said. It can have 11 members. Rilling appointed 10 women but said, “We’re looking for men who may be interested in serving as well.”