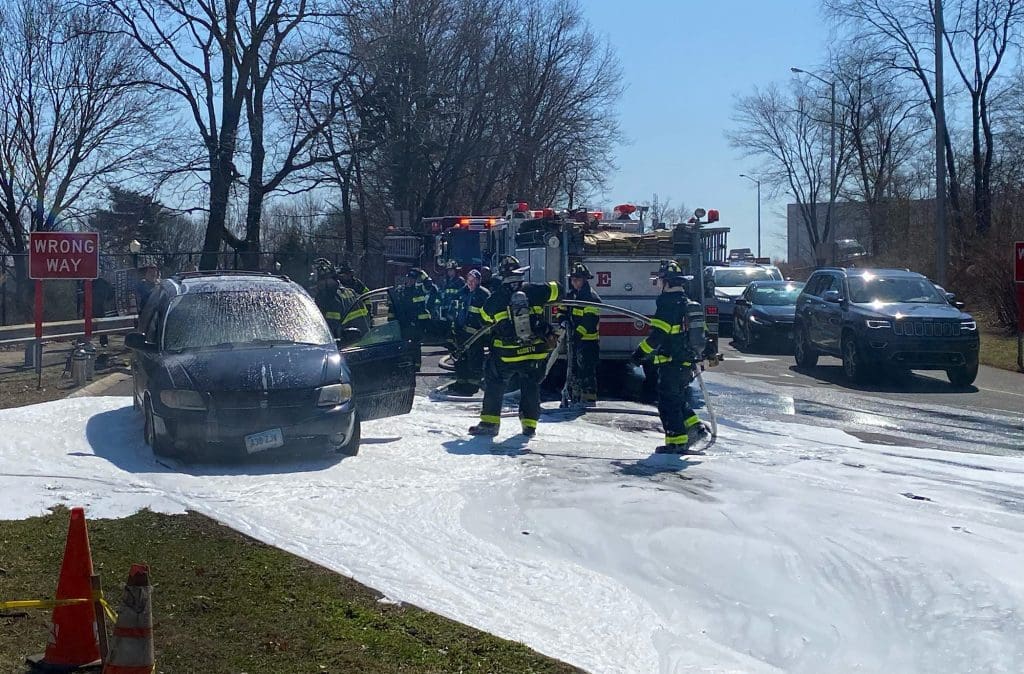 NORWALK, Conn. – Foam covers much of the Interstate 95 southbound exit onto West Avenue, in this photo submitted by the Norwalk Fire Department. The call came in just after noon: A van’s gas tank ruptured, making the fire difficult to extinguish, Deputy Chief Steven Shay said.

Later, firefighters put out a four-acre brush fire on land between Suncrest and Cedar Crest, he said. That call came in at 3:25 p.m. and it took about half an hour to get the fire out. It may have been arson; a suspect was taken to Norwalk Hospital for examination and questioning by fire inspectors and Norwalk Police.