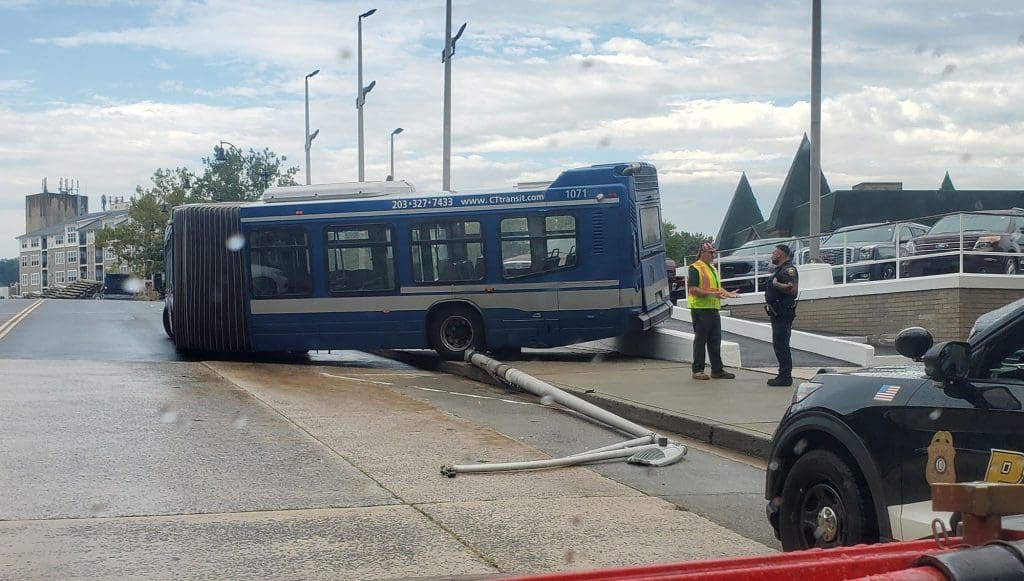 NORWALK, Conn. — Norwalk Police were called to Burnell Boulevard at 7:53 a.m. Thursday for a reported motor vehicle accident and a NancyOnNorwalk reader was there to get a photo.

A Connecticut Transit bus driver had parked and exited the vehicle, setting the parking brake, Sgt. Sofia Gulino said. “The bus, unoccupied, began to roll back, striking a pole and cement wall. No injuries were reported. Eversource was notified and responded to the scene, as well as a Connecticut Transit Supervisor. The impact caused some functional damage to the bus.”