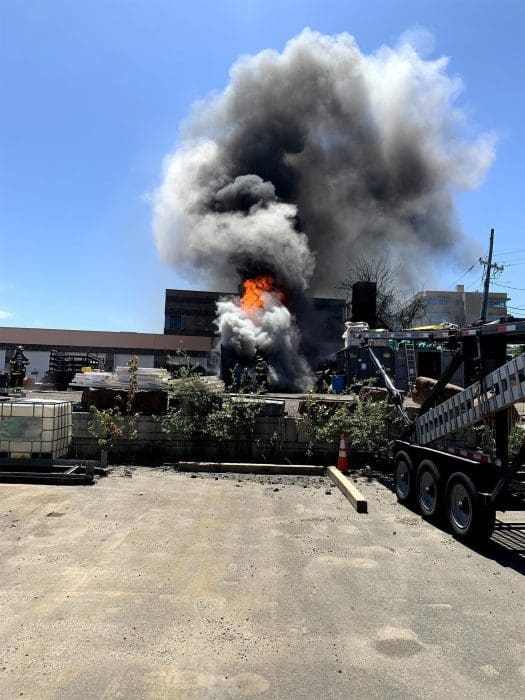 NORWALK, Conn. — Smoke billowed from a fire at 2 Meadow St. Monday that involved burning plastic, according to the Norwalk Fire Department, which provided these photos.

The fire was reported just before 1 p.m. and was out about an hour after the fire department arrived, according to a news release. A 40-foot container storing rolled electrical conduit, both on top and inside, was fully involved in flames; the plastic burns at high temperatures and produces highly toxic smoke, the department said.

Multiple towns covered Norwalk while NFD was engaged with fighting the fire, scanner traffic indicated. The Rowayton Hose Company, a volunteer fire department, was sent to a call on South Main Street.

There were no injuries. The cause of the fire is under investigation.