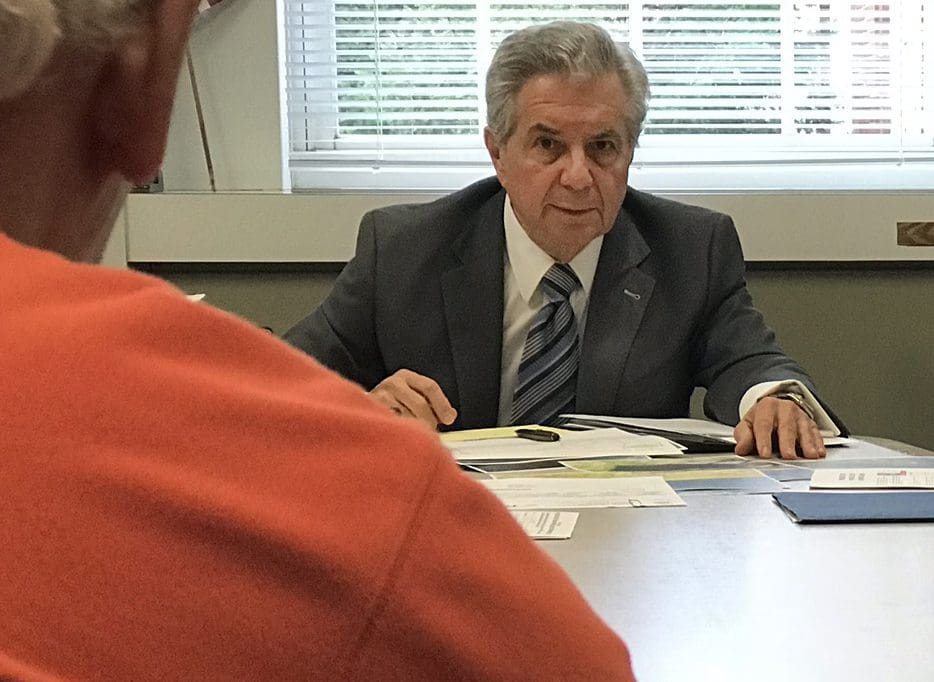 Or maybe there are three separate dish antennas atop the single-family home across the street, with seven cars and vans scattered at odd angles on the front lawn.

Or perhaps a jeep having neither license plates nor wheels is perpetually perched on blocks alongside the house on the corner.

The first thing you need to know is that Norwalk’s Zoning violation correction process is 100 percent “complaint-driven.”  This means that Zoning Inspectors Aline Rochefort and John Hayducky will respond promptly to complaints, but don’t proactively seek out violations.  Hayducky told Nancy on Norwalk “If I were to look for issues, it would take me six months just to get off of East Avenue.  If I looked carefully at every property under a microscope, I could find something.”

Therefore, you need to file a complaint.  Here’s a link to the Zoning Complaint Form, which may be submitted online or in person at the Planning and Zoning office in room 223 at City Hall, 125 East Ave.

Your complaint, along with all subsequent details, will be a matter of public record, available to the offending property owner as well as any other interested parties.

It takes from 30 to 60 days for the complaint to be added to the monthly Zoning Citation Hearing agenda.

The complainant need not attend the hearing, and the cited property owner can send legal counsel rather than personally appear.  Held in a conference room at City Hall, the hearing is conducted by two officials: Deputy Inspector Hayducky details each complaint on the agenda, noting any progress that has been made to correct the violation, and sometimes offering advice to the property owner or their representative.  Hearing Officer Gary Oberst, Esq. presides like a judge, giving floor time to all parties, then making determinations.

Many cases are continued to the next month’s hearing date, owing either to a property owner’s laxness, or to the extended time needed to correct a violation.  Laxness can be expected to generate a fine (State law gives the Hearing Officer discretion to fine a property owner up to $150 per day.  In recent years, property owners have paid as much as $40,000).  On the other hand, leniency may be applied to a property owner beset with procedural hurdles in striving to correct a violation.  Some corrections can take up to year, owing to complex construction requirements and multiple local and state review processes.  Hayducky notes that while the fines are punitive by nature, they are mainly intended to encourage timely correction.   He says “We want compliance.   Most violators regard the accruing fines as a wake-up call to resolve the issue.”

No complainants were present at the Jan. 16 hearing, in which illegal contractor yards accounted for five of the 13 agenda items.   Other items included an illegal second kitchen in a single-family home, a busy mechanic’s shop violating a Norwalk law prohibiting outdoor auto repair work, and an unlicensed taco truck operator who defended himself by alluding to his five consecutive annual “Connecticut’s Best Tacos” awards.  In a brief moment of levity, Oberst continued the taco vendor’s case to February, while assuring him “It’s not that your tacos aren’t good.”

If a complainant doesn’t want the offending party to have access to her identity, how may she submit a complaint?

The link is off.

The correct link for the Zoning Complaint Form is https://www.norwalkct.org/forms.aspx?FID=121

The link to the online complaint form is broken

Anonymouse—Zoning complaint files, including the complainant’s identity, are a matter of public record, according to Deputy Inspector Hayducky.

I had an issue on my street two years ago and I went into planning and zoning and filled out the sheet and I had the option to remain anonymous which I did. I wonder if this is new to stop complaints. It was a major violation totally visible from the street So why do they need to know who complained I think that is a a safety issue people might retaliate.

What happens if I send the complaint to zoning anonymously, by snailmail?

The online form says anonymous complaints will not be received, do you know if that’s online only, or is it a general policy?

The complaint file is public record. I suggest that you call the Zoning department and ask whether your name can be kept out of the file.

Am I the only person who thinks it’s disgraceful the our city only enforces zoning based on neighbor complaints?

Is this why we have a overcrowded schools, high mill rates, and declining single family home values?

Hi Paul, I have many violations from the side of my neighbor who builded a fence on the line between our property which caused water flashing into my property and serious damages to my private road and driveway (sometimes I’m not able to drive). We need to fix it all the time. Also, I just noticed today he throw garbage into my property like cut grass, blowed leaves (I have pictures proving it) . A few days ago he cut the trees’ tops. Do I need an attorney to sue him and enforce him to compensate all my damages? Or just report to Zoning department? Thanks.

Anonymous—I suggest that you contact the Zoning department and describe the issues to them.

I have filed complaints to zoning regarding issues in my neighborhood with businesses taking advantage of space and parking large, inappropriate contractor trucks in the area (an area not zoned for these large diesel multi-wheel, multi-ton trucks). These trucks severely contribute to noise, pollution and more. Since the warning and citations have been issued, retaliation is off the charts from these neighboring businesses. They regularly rev their engines past my house, beep their horns, start loud diesel engines at 5:30 am purely for harassment. I was actually threatened by one business owner that I would be “pushed out”. The police have been called, but it’s very difficult to “catch” the perpetrators in action (any advice would be appreciated!). So now I wait for zoning to help, but it’s a very long process and not always successful. So it’s no wonder people don’t always report issues. You have to wonder what is worse; the original offense or the subsequent retaliation. My quality of life was compromised before, but now even more so. Maybe there should be a public forum to call out businesses that have been cited, and who ignore the citations and retaliate instead. Maybe public pressure and risk of business reputation would help eliminate some of these issues – listing them in the newspaper or elsewhere. In the meantime,I can’t move from the area and shouldn’t have to…all I can hope is that the system eventually works and the situation resolves itself.