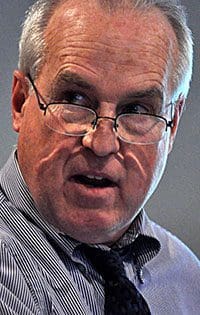 ADHD (Attention Deficit Hyperactivity Disorder) is more than the child who cannot sit still in his seat or remember to finish an assignment. It more serious than the teen who is easily distracted or the young adult who constantly is running late for appointment. These traits (symptoms, actually) are not cute or adorable or things to be laughed off. They are signs of ADHD and a harbinger of potential severe challenges ahead for the person with them.

The month of October is “ADHD Awareness Month.” I believe that the significant impact that ADHD has on our children (and adults), their families and our community is a matter that needs to be highlighted, paid attention to, and addressed. It is easy to pass off ADHD as some sort benign condition that leads to cute or quirky personality traits. It is not. It is real. It is serious. And it can be debilitating and harmful – to those with it and those around them.

It is estimated that approximately 7.2 percent of children worldwide have ADHD, while about 3.4 percent of adults are estimated to have diagnosed or undiagnosed ADHD. In the United States, approximately 9 percent of children have been diagnosed with ADHD and 4 percent of adults are estimated to have either diagnosed or undiagnosed ADHD. ADHD is one of the most common neurodevelopmental childhood disorders. For about half of the children with ADHD, the condition continues to clearly exhibit symptoms into adulthood, presenting a range of challenges across the lifespan.

Inattention: Symptoms of inattention include problems with distractibility, sustaining attention, following through on instructions, initiating work or other tasks, forgetfulness, and poor organization, among other challenges.

Hyperactivity-Impulsivity: Symptoms of hyperactivity include excessive movement and speech (often resulting in interruption) and problems regulating activity in response to situational demands. Though not always mentioned in official descriptions of diagnostic symptoms, emotional impulsivity can lead individuals with ADHD to gravitate towards activities offering immediate rewards at the expense of those that provide delayed gratification. These symptoms often arise early in childhood, although less often, they can emerge later in adolescence (and often go undiagnosed until adulthood). They occur across several situations or contexts and result in significant functional impairments in daily life.

These impairments – reflected in ineffective functioning in major life activities (home, school, social, occupational, etc.) – lead to considerable harm, suffering, and greater adverse consequences.  Over 80% of children and adults with ADHD are likely to have a second (comorbid) psychiatric, learning, or developmental disorder. These may include oppositional defiant disorder, learning disabilities, conduct disorder, anxiety disorders, depression, autism spectrum disorder, and bipolar disorder. Over 50% of individuals have two or more of these disorders.

ADHD often presents differently in females, who typically experience internalizing psychiatric disorders such as anxiety and depression and much more rarely exhibit externalizing disorders such as oppositional-defiant disorder. They may not even externalize symptoms until puberty, when hormonal changes lead to heightened emotional reactivity (and other challenges, including a higher risk of suicidal behavior).  As a result of this presentation, young girls with ADHD are frequently overlooked by primary care providers” (ref. “The Adverse Health Outcomes, Economic Burden, and Public Health Implications of Unmanaged ADHD”, CHADD ‘Whitepaper’ presented at the ADHD Public Health Summit, Washington, DC 2019).

These health deficits predictably impact the life expectancy of those with ADHD. World-wide longitudinal studies have shown that those with ADHD have a much higher risk of mortality as a child and in adulthood by midlife. The greatest cause of this result is accidental injury (though death by suicide is at a statistical increase as well).

All of the ‘baggage’ that accompanies ADHD carries with it significant economic consequences as one can well imagine. These appear as both direct costs (such as medical care and medication) and indirect costs such as burdens on the family, loss of work, educational costs, etc.

However, those with ADHD are not doomed to lives of fidgety failure. Instead, if they are able to recognize, accept and harness their traits and abilities, they can be a success and flourish. And they do!

Many with ADHD have ‘divergent thinking’ patterns with a penchant for ‘thinking outside the box’ that leads to immense creativity. Their tendency to sometimes hyperfocus can lead to impressive results in many fields or endeavors allowing the accomplish many tasks that would burn others out. In addition, their hyperactivity, when properly channeled, can produce boundless energy that might leave their competition in the dust.

It is my intent and hope to have our community focus its attention on this condition during the month of October (and beyond). There are many positive by-products of having ADHD as well as many serious challenges. Whether good or bad, our community needs to learn about them and PAY ATTENTION to them.

Deputy Corporation Counsel M. Jeffry Spahr is on  the State Advisory Council for Special Education (Chairman, Legislative Committee); a member of Children and Adults with ADHD (CHADD) Public Policy Committee and former Executive Board member and National Secretary, former President of Connecticut Association of Children/Adults with Learning Disabilities (CACLD), former member of Connecticut Behavioral Health Advisory Committee, a member of the Connecticut Autism Action Coalition, a sponsor of the annual Autism Awareness Day at the Capitol, and former Chair of the Norwalk SPEDPartners Council. He was responsible for initiating the official declaration of both ADHD Awareness (October) and Autism Awareness (April) for the State of Connecticut.

Jeff Spahr has always been such a strong advocate and supporter for this cause. Kudos to you and your family!

Would anyone be surprised to learn that I have ADHD? I have had it all my life.

My ADHD got me into plenty of trouble growing up and it can still to this day. I have worked hard to establish routines and put myself into situations that utilize my strengths. Being an entrepreneur, in Real Estate takes advantage of my strengths.

I consider ADHD to be a blessing and curse, but I prefer to focus on the positive aspects of ADHD.

“Many with ADHD have ‘divergent thinking’ patterns with a penchant for ‘thinking outside the box’ that leads to immense creativity. Their tendency to sometimes hyperfocus can lead to impressive results in many fields or endeavors allowing the accomplish many tasks that would burn others out. In addition, their hyperactivity, when properly channeled, can produce boundless energy that might leave their competition in the dust.”