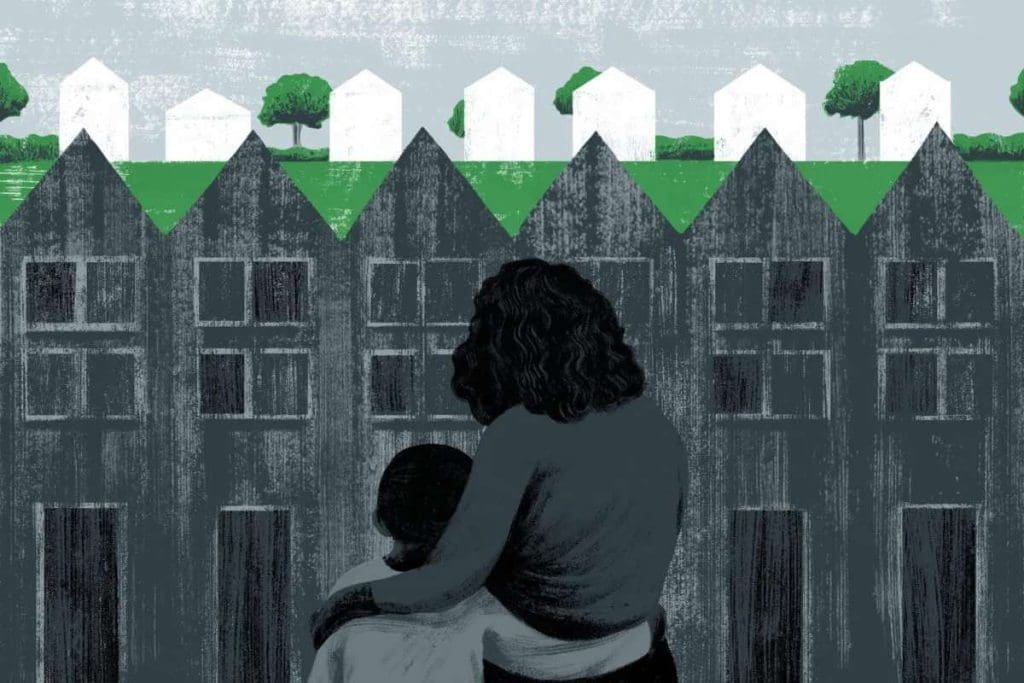 With less than 30 days until the 2022 elections, affordable housing has emerged as a key issue in Connecticut’s state and local races.

Despite its liberal image — and with Democrats controlling the legislature for the last 25 years and the governor’s residence for 11 — Connecticut is one of the most segregated states in the country. For years, Connecticut’s affordable housing has been concentrated in poor cities and towns, an imbalance that has not budged.

Three decades ago, state lawmakers passed a law that set the stage for the courts to review local zoning decisions in towns with few affordable homes. The law — commonly referred to by its statutory reference as 8-30g — was designed to encourage affordable housing development in the state’s suburban communities.

It has had limited impact, but it remains in the political crosshairs.

What is affordable housing? What does 8-30g stipulate? What do its supporters and opponents say about it? How has it come into play this election cycle?

What is considered ‘affordable housing’ in Connecticut?

Housing is typically considered affordable if people are spending up to a third of their income on housing costs.

In Connecticut, the existing affordable housing stock is concentrated in high-poverty neighborhoods. And there isn’t enough.

Connecticut has a shortage of nearly 87,000 units of housing that are affordable and available to extremely low income renters, according to estimates from the National Low Income Housing Coalition.

Under 8-30g, the state tracks the percentage of housing in each town that is designated as affordable, which includes units that receive government assistance for construction or rehabilitation of low- to moderate-income housing, housing that is occupied by people getting rent assistance, and deed-restricted properties, among other categories.

Enacted in 1990, 8-30g is a law that pushes — but does not require — all municipalities to have 10% of their housing stock deemed affordable.

To encourage towns to reach 10%, the law created a process that allows developers to bypass local zoning decisions by going through the courts if they set aside 30% of a project’s units for low-income housing.

Per 8-30g, if an affordable housing developer’s proposal is denied, that developer can challenge the town that denied it in court — even if their proposal doesn’t follow local zoning ordinances.

If a developer challenges the application’s denial in court, the law shifts the burden of proof from the developer to the town. The town has to prove that the denial met certain criteria — that the project would have harmed public health or safety, for example.

Towns are exempt from this if at least 10% of their housing stock is designated affordable.

How many towns are exempt from 8-30g?

Thirty-one Connecticut cities and towns had at least 10% of their housing designated as affordable in 2021. The remaining towns are not exempt.

Towns can also temporarily halt unrestricted development by making progress toward the 10% threshold and earning a moratorium, which lasts for four years.

Even after the state legislature loosened 8-30g in 2017 to make it easier to earn these moratoriums, few towns have done so.

Housing experts have referred to 8-30g as an important tool to developing more affordable housing in a state that lacks tens of thousands of rental units that its lowest-income residents can afford.

But the law has had limited impact.

Just 2% of all the housing developed in Connecticut since 1990 is dedicated to low-income families. As of 2019, the share of housing for low-income residents had actually decreased in 47 of the state’s 169 municipalities, according to state Department of Housing data.

Why is 8-30g relevant this election cycle?

While approval only came after huge concessions from the original legislation, its passage brought 8-30g back into focus for lawmakers and local officials, particularly in Fairfield County, who say it erodes local control.

Some lawmakers — including Rep. Laura Devlin, a Fairfield Republican and Stefanowski’s running mate — backed a bill this year to study 8-30g. Advocates said the bill was a veiled attack on the law, and many who supported the study spoke against 8-30g.

The bill did not advance out of committee.

Why does Bob Stefanowski want to repeal it?

Stefanowski has cited a need for more local control and points to the fact that few towns have met the 10% threshold as evidence that the law doesn’t work.

What does Stefanowski propose as an alternative?

Stefanowski said if elected, he wants to sit down with towns to learn more about the issues they face and determine whether they are trying to meet the affordable housing need.

He pointed to efforts in Fairfield to create a housing trust fund even though the town has a little less than 3% of its units designated affordable, according to 2021 data.

Where does Lamont stand on the issue?

During his first term in office, Gov. Ned Lamont has maintained a stance that he supports 8-30g in its current form — though it is a position he rarely voices when talking about affordable housing.

A spokesman for the governor said Stefanowski’s plan is not “a serious proposal.” Lamont’s administration says the state has made nearly $500 million in investments during his first term to support new affordable housing.

Zoning is a local issue and should be decided by the local community. Poor choices by local governments in the past regarding zoning decisions are not the responsibility of those communities that made good decisions to maintain their property values. People are free to move to locations where they can afford housing. There are plenty of areas in the country where housing is cheap and jobs are available.

The democratic mafia run the state of Connecticut and they’re in bed with all the developers and screwing the citizens of Norwalk and many other towns🥵👎🏽 people can’t afford to live here and as far as a concern you could move to Bridgeport move down south or drop dead as I’ve said before😩 It’s a disgrace 3-4-5 years waiting list for senior housing!👎🏽 Not everybody is a rich yuppie making six figures when they get out of college if they can afford to even go🙈 help the working people💪🏼 vote Republican and clean house from all the corruption that has taken over our towns in our state and our country👍🏼🇺🇸💪🏼🦔

I’ve never liked the 830 g program. Aside with the caveats like removing local control and putting it up to the courts it’s just as foolish as the near the train program. In the last few years all of South Norwalk has effectively been torn down and rebuilt with housing that went through various affordability programs every single one of those units is more expensive than a single family house on a monthly basis. Additionally the area needed a new school instead of building a school where they’re doing construction right now next to the train station or putting in additional parking next to the train station to encourage mass transit. The town in their infinite wisdom or at least they’re highly questionable operational angles decided to effectively foreclose on hatch and Bailey in order to build a new school despite the fact they could have easily done it in any of the properties in downtown Sono which would have been great for everyone. Putting the elementary school in the same region as the business district is why old Greenwich has homes on their main roads over $4 million. Norwalk had a school next to hatching Bailey already built and vacant which would have required relocating The knife company and probably grabbing some properties behind there also outside of the floodplain. I do not understand the town actions and Norwalk is more or less meeting those goals take a page out of the Greenwich playbook and put your housing above your retail for low-income it might not make the 10% goal but it works especially when the schools are across the street

8-30g needs to stay on the books, but given its mild record of success it’s clear more tools are needed to spur more housing construction. “Local control” guarantees that our housing shortage will continue, since the majority of towns in Fairfield County have clearly demonstrated that they have no interest in building any new housing. Norwalk is one of the only cities that has been building, which is great, but it’s not enough to move the needle on housing prices countywide. All cities need to do their part, and 8-30g is one tool towards that end.

The more government gets involved, the more expensive housing gets and the larger the wealth gap grows. When I was out of college, affordable housing was up in West Haven and you had to get up at 5 every day to scratch out a living and climb up the ladder. Fast forward today, we have to make politically connected developers filthy rich in the name of fairness, while rents artificially skyrocket from the subsidies making it unaffordable for almost everyone. Genius.