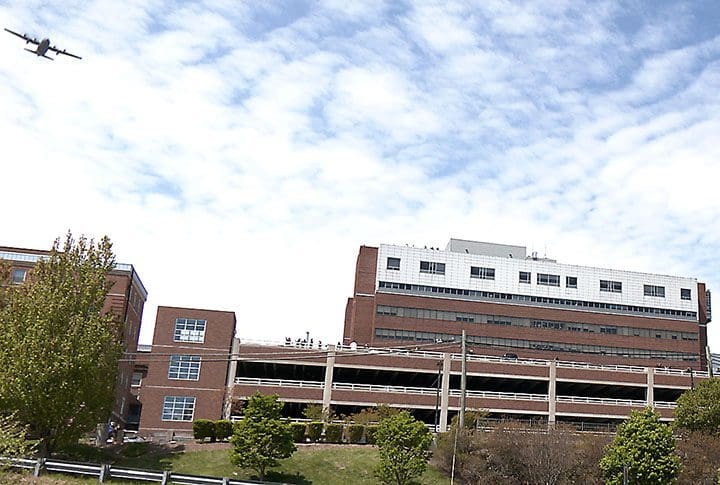 NancyOnNorwalk contributor Harold Cobin was on hand as the C-130H Hercules aircraft flew over Norwalk Hospital, to capture the event on video. See below. 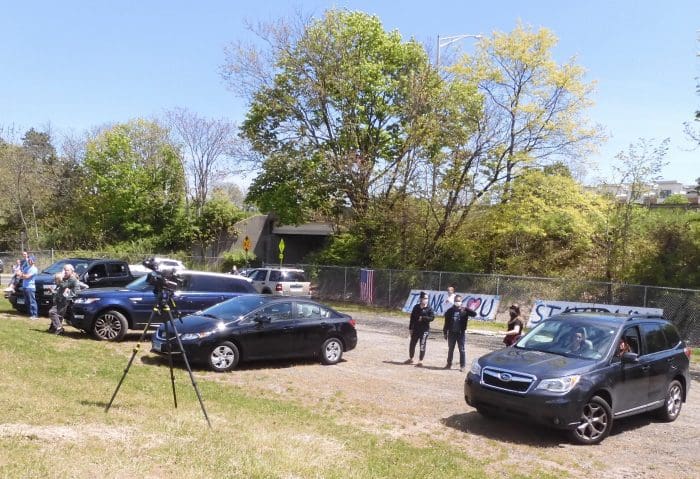 The salute began in Torrington and ended in Enfield, according to ABC.

“Defending the homeland has taken a new shape, and the Connecticut National Guard is proud to serve alongside the first responders and essential personnel in the COVID-19 response efforts,” said Maj. Gen. Francis Evon, The Adjutant General of the Connecticut National Guard, according to NBC. “This is our way of showing appreciation to the thousands of heroes at the front line battling COVID-19. We are humbled by their sacrifices.”