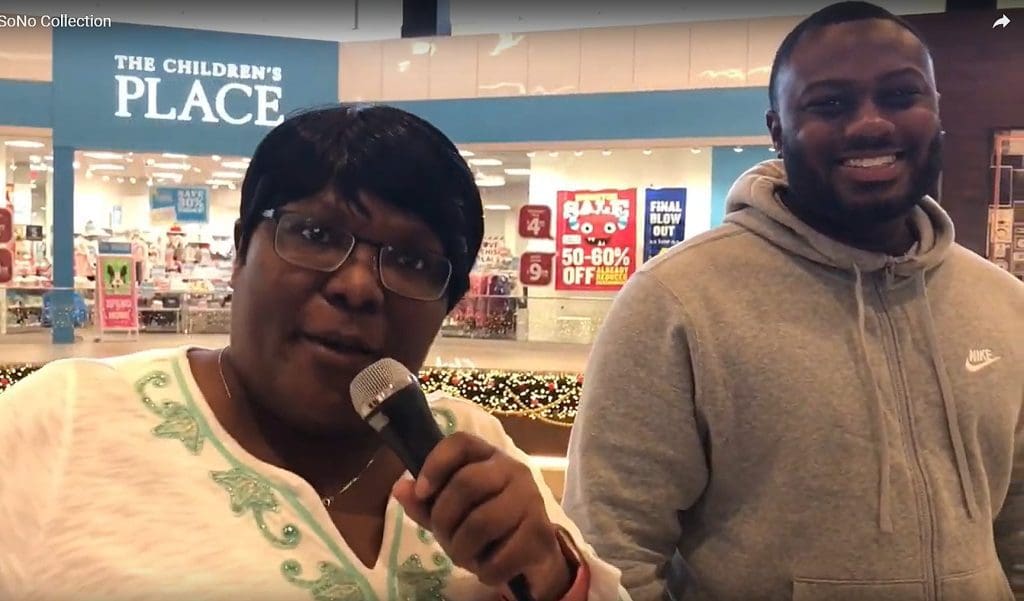 NORWALK, Conn. – So what are you doing for New Year’s Eve?

Akisha Cassermere, representing NancyOnNorwalk, posed that question to 15 patrons of The SoNo Collection on Saturday and got a variety of responses; while Stamford residents Kyra and Kortney said they’d be getting drunk, two Westport boys said they’d be helping their parents celebrate their 21st wedding anniversary. Three young women from Queens, N.Y., said they were throwing a party and playing games like “poop the potato.”

This marks the debut of “Akisha on the Street,” occasional video interviews by Cassemere, a former stand-up comedienne who grew up in Stamford and now lives in Bridgeport. In between, Cassamere was a Norwalker.

“I raised 2 children in East Norwalk as a single Mom, and I served as PTO Council President for a couple of terms years back,” Cassamere wrote. “I’ve also completed many volunteer hours around the city. I’ve also worked as a case manager for Malta House of Good Counsel. Both my children are grown now, living on their own, working, and in college.”

So let’s welcome Akisha Cassermere to the NancyOnNorwalk family. Enjoy the video above and learn a little about visitors to Norwalk’s mall. (None of the people NancyOnNorwalk spoke to were from Norwalk, incidentally.)

Welcome, Akisha. Looking forward to hearing from you.

Akisha is the best, and will bring joyful, authentic Norwalk stories! Great addition!

Awesome Akisha! I’ll be looking forward to more. I know it will be hilarious!