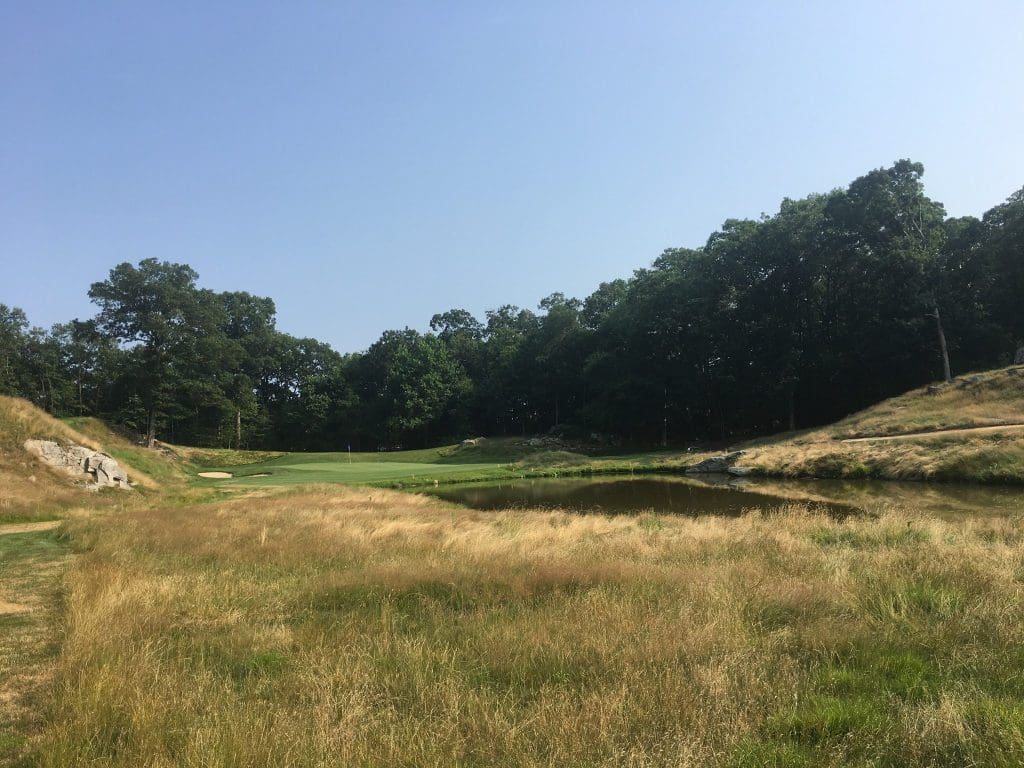 BET Chairman Ed Camacho called Andrasko’s financial report “pretty good news” and said, “it sounds like you’re looking at all the right things,” sentiments that Mayor Harry Rilling agreed with. Andrasko said the Authority needs to study the results from its sale of unlimited passes this year to make sure the course is not becoming an “exclusive club.”

In February, the Common Council changed the terms of the 2005 loan to OHPA to make the interest rate zero, retroactive to Fiscal Year 2017. The yearly payment on the loan, then about $2 million outstanding, was eliminated in favor of collecting $2 per round of golf monthly beginning July 1. The Authority will also make an annual payment of 1 percent of its audited annual gross golf revenue.

“Good trends,” he said, pointing out that more rounds means more carts but also “people who would normally walk take a cart when it’s hot.”

The Authority’s $200,000 line of credit with Norwalk Bank & Trust was paid down to zero on July 15, the earliest it’s been in his three years on the Authority, he said.

“There have been years where we’re at November paying it down,” he said. “That is our last line of defense through the winter, to, when we’re not generating revenue, be able to make it through the lean months.”

So, food for thought: “What is the overall price point for the initial fusion of revenue versus the cannibalization that we’re getting from the out months, i.e. July, August, September, as people kind of reach payback levels of their initial investment? Was the price point quite right? Or are people really getting a good deal?” Andrasko said.

The question is are the members getting value, or a “deep, deep discount”?

The other question is, “whether we’re pushing this into more of a exclusive membership club, which is not its intention,” he said. “We want this to be accessible to all Norwalk, and we want to make sure that people can get tee times, that people aren’t locked out from prices, who can’t make an initial $2000-3,000 investment.”

About 100 unlimited passes were sold, he said.

“I’m curious to see how you guys have approach that for next year. Because obviously, people are trying to get their money’s worth. And that’s why you cannot get a tee time in that place right now … which is a good thing but people are obviously using their unlimited value,” BET member Troy Jellerette said. “And the other thing, the course is in great shape.”

OHPA was awarded a $1.5 million state grant in 2015 and went on to renovate the park.

BET member James Frayer, at the Aug. 3 meeting, asked Andrasko if he saw any pitfalls that the City should be leery of in the next couple of months.

“I think the greatest concern that I have is a turn in demand driven by flu season beginning, Andrasko said. “But our rounds have been solidly 20 percent above prior year and that’s after the full reopen…. the demand is there and Norwalk wants to golf. It’s a great sign but as you know there’s a return to flu season plus COVID, if people do start kind of domiciling and resting in place, you know, that could be the great greatest threat that we have.”

HUGE Kudos to Joe Andrasko and fellow Oak Hill Board members. I don’t play much golf, but Oak Hills is physically in dynamite shape. Glad to read financials are looking better. Truly a gem for Norwalk.
That being said, today’s American hero is the Great Ben Hogan. Ben could hit it them straight. AND unlike the vast majority of politicians we know he talked straight as well…Fast approaching the 150 hour mark with NO power. I would like to send a Shame-out to the state reps on the Energy Committee who seem to be pointing fingers everywhere but in the mirror. Thanks for helping us sweat off that 10 pounds this week that we’ve been having trouble getting rid of since covid struck!!

Kudos to Carl Dickens, Oak Hills Park Authority Chair. He has worked tirelessly to steer Oak Hills through this pandemic. On behalf of everyone that enjoys Oak Hills…..thank you Carl and thank you to your team.

While I’m not opposed to the continuation of the annual pass, the biggest issue is the fact that passholders (unlike those of us with just the yearly resident membership) have access to tee times two weeks in advance, whereas everyone else is only able to book one week in advance.

This had lead to an incredibly unfair system whereby the early tee times, which, as every golfer knows, are the prime times, are scooped up every single Saturday and Sunday by the same people.

If the goal truly is to avoid a “club-like atmosphere,” then this unfair and inequitable practice should either be eliminated, or everyone should be allowed to book two weeks in advance (or even just people like myself who are Norwalk residents, have the resident pass, and play at Oak Hills almost exclusively).

Great news finically, what about settling the issue of the resturant’s lease? Existing management has proven it’s worth the last 2 years, catering to both golfers and non-golfers. Provides music on Saturday evenings and a fine lunch and dinner menu. Management would like to do some needed upgrades on their dime. I hope the authority would look into this matter.

The Unlimited Pass program should be tweaked, but not killed. The two week advanced reservation was designed to reward regular, dedicated Oak Hills golfers. I play 3 times a week, and I have an unlimited pass. It sure beats getting up ar 4:55 AM to book a 5:00 tee time, and then only get 9:30. The competition for times, every year, has been fierce. Last year I started to play other courses because of the tee time hassle.

It should be pointed out, with more golfers working a home this year, play is up all over Connecticut. Additionally, season passes with additional tee time reservation benefit, is offered by many other public courses.

If Oak Hills was fully financed and maintained by the City, which it isn’t, the Annual Unlimited Pass could be eliminated. However, Oak Hills is not part of Parks and Rec and is required to fend for itself. If you are an avid, Norwalk resident, Oak Hills golfer, the unlimited pass is a great deal. You should sign up next year.