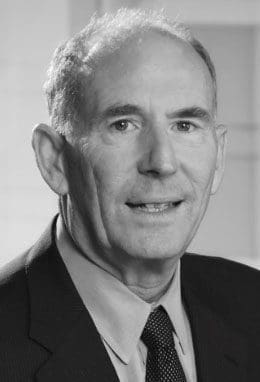 Andrew Asher Glickson, a lifelong resident of Norwalk, died unexpectedly on Dec. 30 while on vacation in South Beach, Fla. He is survived by his wife of 34 years, Dr. Caren E. Glickson, a clinical psychologist in private practice, their daughter, Marion E. Glickson, and his sister, Nina Glickson of New Haven.  His deep sense of caretaking for family and friends will live on in many memories.

Andy was active in politics and was elected to a two-year term in the Connecticut State House of Representatives in 1978. In 1986 he was appointed a Commissioner of the Norwalk Transit District and was reappointed every four years by both Democratic and Republican mayors up to the present day. He also served on the Norwalk Democratic Town Committee representing District D, was a delegate to many Democratic state conventions and chaired Mayor-elect Alex Knopp’s Mayoral Transition Committee in 2001.

Andy began practicing law with the White Plains firm of Cuddy & Feder, LLP, where he became a partner. He left after 15 years to set up his own firm in Norwalk, specializing in real estate law. In 2009, he joined the prominent statewide firm of Pullman & Comley as a partner. Among other recognitions, he was named the 2020 Stamford Lawyer of the Year in land use and zoning law by the publication, The Best Lawyers in America.

Andy met the vivacious Caren Schorr in 1984 and they married in 1985. The birth of daughter Marion in 1988 — the fifth generation of the Glickson family to call Norwalk home — brought the greatest joy to their family and friends. Andy and Caren were fully involved in each other’s lives and loved entertaining in their home where Andy’s cooking skills were appreciated by their friends. They generously co-hosted many Democratic Party and civic community events at their home.

Andy was a lifetime devotee of racquet sports and played both tennis and squash. At one time he held a national ranking in squash. Andy maintained close friendships from many walks of life, from tennis partners to political and legal colleagues to an extensive group of college friends, who would reunite twice a year in Norwalk and Long Island. Andy’s irascible wit and dry sense of humor, as well as his many fully formed opinions, will be missed by all who knew him.

Funeral services will be held at Temple Shalom at 259 Richards Ave. at a date and time to be announced. In lieu of flowers, the Glickson family requests that donations be made to Temple Shalom.

I am so sorry to hear this news. I thoroughly enjoyed negotiating the North Water Street apartment and condominium deals with him and Jack Burritt. We were inventing the wheel. It was challenging and exciting. I remember when we finalized the deal, Jack submitted it to the State of Connecticut for approval, and it was approved without change, the comment coming back from Connecticut being WOW! Thereafter a major NYC law firm asked if they could use our work as their template. Andy was all that Alex Knopp described and more. My condolences to his family!

Andy was one of the special people who dissolved the customer/owner barrier and became my friend through Artists’ Market. His good taste, friendship and humanity will be a treasured memory of how such things should be. Such fond memories bring a bit of immortality to those we care about.

Beautiful summary of Andy. I don’t think there are enough words to fully capture how amazing he was. Remembering such a loving person to everyone he came across and who welcomed me into his home and fed me delicious meals over the years since I was 11 years old.

Thank you Andy and thank you Caren and Marion for sharing him with us.