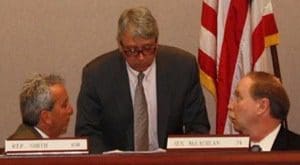 HARTFORD, Conn. – The Government Administration and Elections Committee voted 9-6 Monday in favor of a bill written to nullify a Connecticut Supreme Court decision allowing police to withhold arrest information until criminal prosecutions are completed. The vote sends the bill to the floor of the House for consideration.

The bill, H.B. 6750, supersedes a ruling by the state Supreme Court that allowing police to withhold arrest information while criminal prosecutions are ongoing.

The court predicted the reversal of its own decision in a written opinion, issued by Justice Richard Robinson, that ended by saying the issue should ultimately be settled by the legislature.