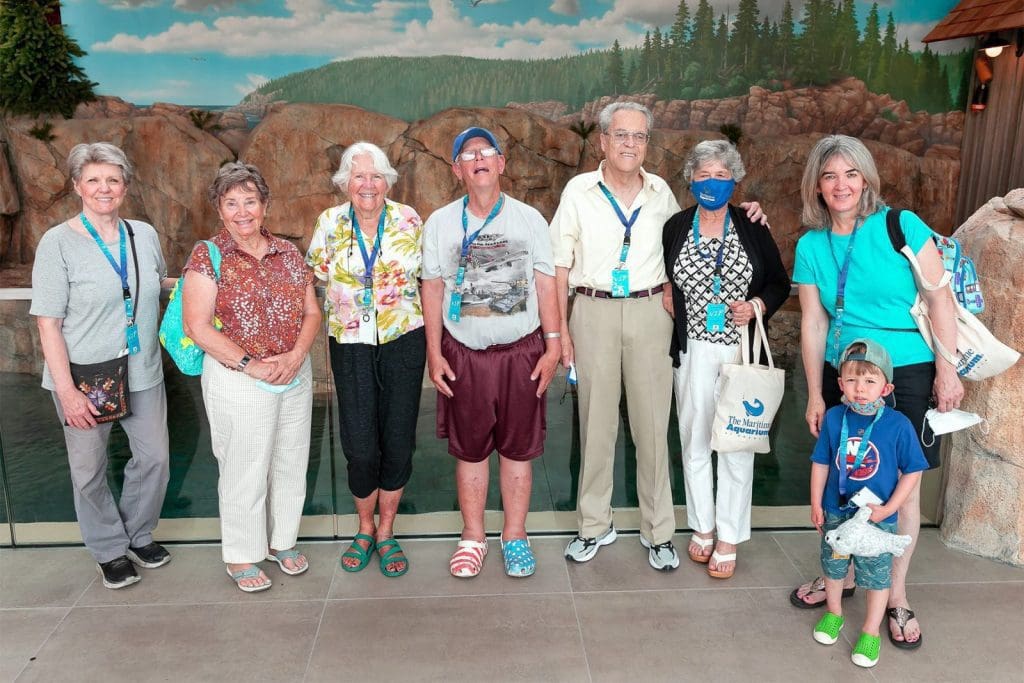 Sharon Giese (left) and Peter and Tina Richter (fifth and sixth from left) were among the long-time supporters of The Maritime Aquarium at Norwalk given special recognition on June 8 as the Aquarium opened its new seal habitat, “Pinniped Cove.” (Maritime Aquarium) 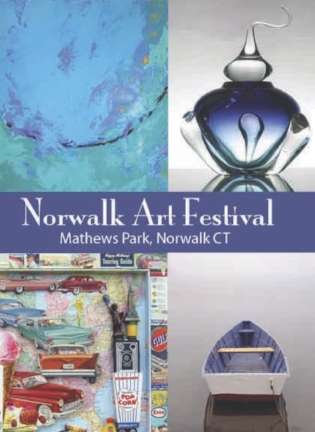 According to festival producer Gordon Fine Arts’ website, original works from 100 juried artists encompassing painting, drawing, ceramics, photography, mixed media, jewelry, metal sculpture, glass, fiber and printmaking will be for sale in a wide variety of price ranges.  Various special events are planned, such as a community mural project with art supplies provided.  Children’s activities will include a hands-on art experience hosted by Jerry’s Artarama and the Norwalk Arts Commission.   Performing artists, a poets stage, and an international food court will complement the festivities.

Concurrently, the adjacent Center for Contemporary Printmaking will conduct its annual print show and sale from 10 a.m. to 5 p.m. on Saturday and noon to 5 p.m. on Sunday.   Neighboring Stepping Stones Museum for Children and the brand-new Norwalk Art Space will be open, and Lockwood-Mathews Mansion Museum will offer reduced rate $5 mini tours throughout the weekend.

“Racial Health Inequities,” a free multimedia webinar, is scheduled for 7-8:30 p.m. Monday June 28, according to a press release from sponsor The Unitarian Church in Westport. 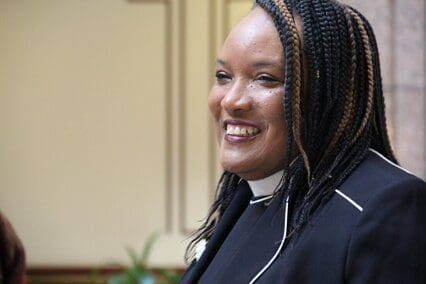 In April of this year, the Centers for Disease Control and Prevention (CDC) declared racism to be a public threat that “affects the health of our entire nation.”  Ministerial Health Fellowship is a faith-based advocacy network in Connecticut confronting systemic barriers to proper medical care in Black communities.  The group points to Connecticut Health Foundation reports showing that Black adults and children are far more likely to incur debilitating medical conditions than are white people.

Advance registration is required at Webinar Registration – Zoom     The webinar is the second installment in The Unitarian Church in Westport’s series “Revealing History: How We Got Here, Why It Matters.” 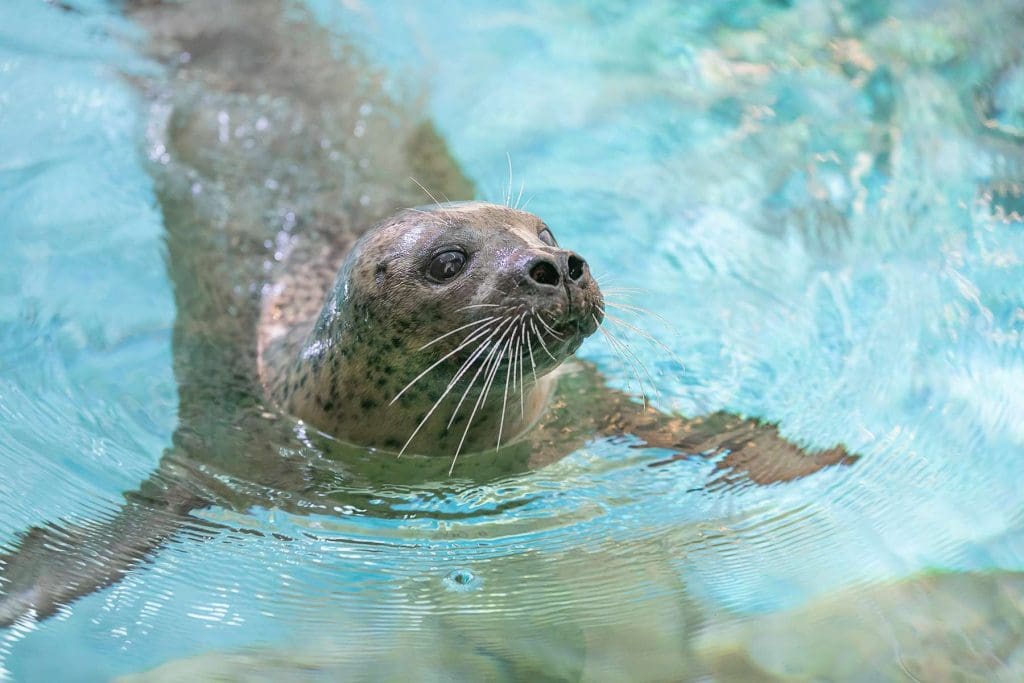 In recognition of their longstanding support for The Maritime Aquarium at Norwalk, Sharon Giese and Peter and Tina Richter were among those given a special behind-the-scenes tour of the Aquarium’s enormous new seal habitat Pinniped Cove on the exhibit’s opening day.

An Aquarium member since 1990, Giese has volunteered 2,760 hours of her time since 2015.  The Richters have financially supported the Aquarium since becoming members in 1998.