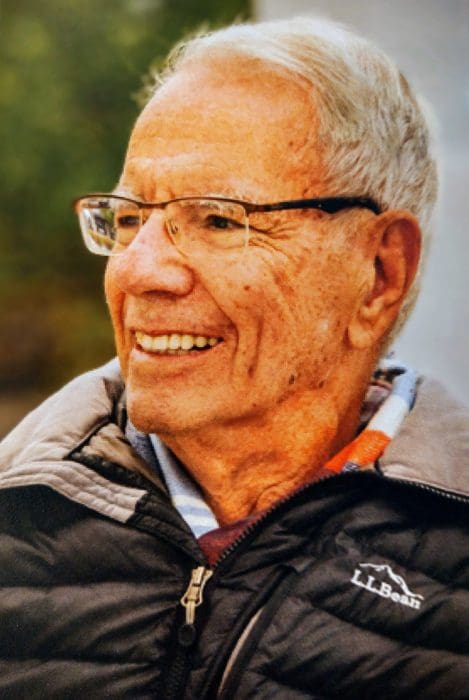 NORWALK, Conn. — Arthur Goldblatt has passed away at age 87.

“I’m so saddened to hear of his passing. I’ve known Art for a very long time. He is the founder of the Grassroots Tennis and Education program that has helped so many young boys and girls in our city,” Mayor Harry Rilling said. “Each of the participants of the program graduated from high school with hundreds going on to college, many in scholarships. He was a great man who gave so much to the young people of our community.”

Goldblatt leaves behind his wife of 51 years, Ann Goldblatt, and two sons, Alan and Ben.

The burial will be small and private, Alan Goldblatt said. Shiva will be Wednesday on Zoom; here is the link.

“If people want, we can hopefully at some point in the future do an in-person large celebration. Maybe on some anniversary of Grass Roots Tennis beginning,” Alan Goldblatt said.

Goldblatt, a Yale-educated lawyer, was called “a Connecticut saint” by Alex Seaver in a Tennis.com article. Seaver, co-founder of the Connecticut Alliance for Tennis & Education (CATE), called Goldblatt “a very humble, elegant guy who never wants credit,” and said, “He’s inspired all of us.”

Goldblatt founded Grassroots Tennis in 1995, according to his LinkedIn page. It’s a “youth development nonprofit organization that uses the sport of tennis to engage youth in holistic out-of-school time programming,” the organization states on its website.

“This free, year-round program combines tennis instruction with academic support and character development,” Grassroots states. “Grassroots is a chapter of the USTA National Junior Tennis and Learning network. Grassroots serves over 250 children each year ages 5 to 18 with a relationship-first approach that brings together children and their families with dedicated volunteers and caring staff.”

A 2015 Connecticut Magazine story quotes Goldblatt as saying, “I know how much being a capable tennis player has done for me by way of health, social contacts, and general satisfaction. I wanted to see if I could use tennis to do the same for kids from low-income, often one-parent families.”

Goldblatt worked in Washington D.C. for a few years after college and then served in the Peace Corps, Ann Goldblatt said. He returned to Norwalk and settled down because of his friendship with former Norwalk Mayor Bill Collins.

Goldblatt served as Norwalk Corporation Counsel from 1977-80, according to Collins, who described him as his best friend. They served as best man at each other’s weddings.

Collins said, “He brought a sense of social values to the city government, which spread around to other people. I think it changed the nature, a bit, of the way we did things.”

So sorry to hear of Art’s passing. I had the pleasure of meeting him a few times through the Supporters of Oak Hills Park 501(c)3. He was an inspiration to all, and he will be sorely missed.

Art was a great guy. Always a smile on his face and lending a hand to the community. He will be missed. Had a lot of fun days playing tennis with him.

Art was always the gentleman, helpful, positive and made a difference in this community. My condolences to Ann and the boys. He will be missed.

Never knew him but what an inspiring story. Thank you Arthur Goldblatt and condolences to his wife and children

A beautiful man. Will be sorely missed. I had the pleasure of playing tennis with him and interviewing for a position with his beloved Grass Roots. Not a harsh word for anyone. After all, he preferred G rated movies! Condolences to his family.