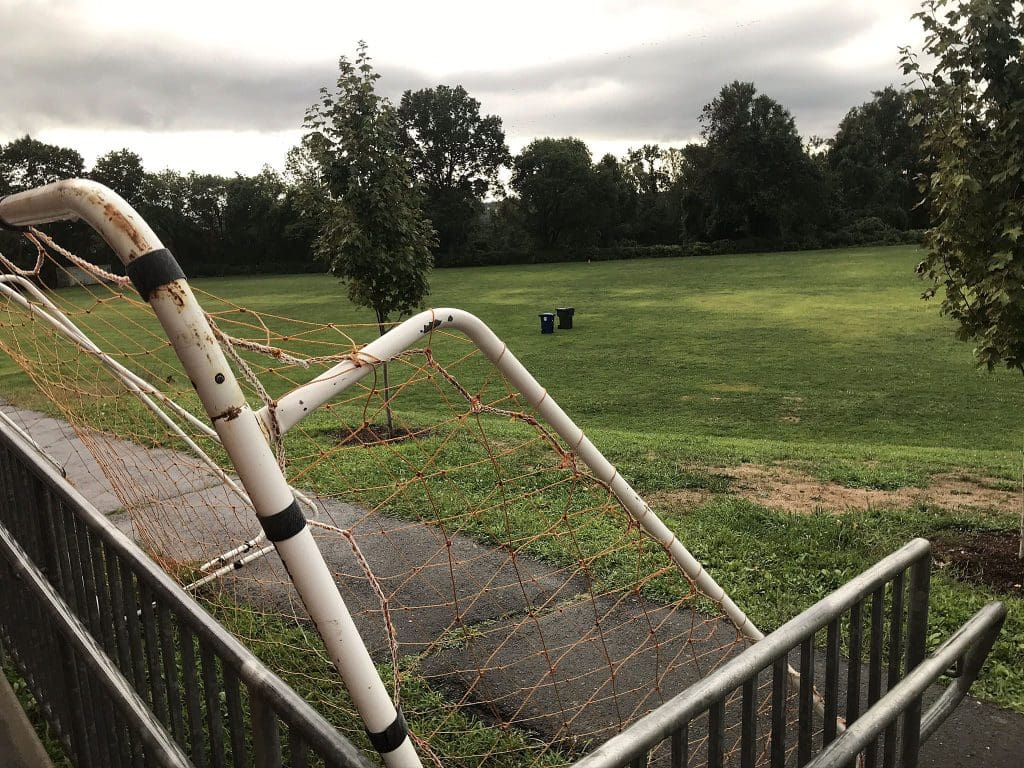 Norwalk’s Common Council voted 13-1 to approve a $443,088 synthetic turf field at the West Rocks School Proposed Soccer Field Complex, despite concerns over the environmental and health impacts of the turf. The council had previously approved the construction plans for the site in July, but that vote didn’t include the actual turf.

Council member Lisa Shanahan (District E-D), the sole no vote, said previously that even though her children played sports their entire lives, she had concerns over the artificial turf.

“In my opinion, synthetic and artificial turf fields pose health risks to children and environmental risks to our communities that have not been fully assessed and for that reason I had to vote my conscience,” she wrote to NancyonNorwalk in July.

Nancy Alderman, president of Environment and Human Health, Inc., (EHHI) said the nonprofit organization has been “working on the issue of the harmful effects of synthetic turf fields for over a decade.”

The biggest concern with artificial turf is the use of crumb rubber, a recycled rubber produced from car and truck tire scraps, Alderman said.

In 2017, EHHI released a report titled “Synthetic Turf Industry’s Claims Versus the Science: A Careful Analysis of Studies that Industry Uses to Justify Safety Claims,” which examined 22 studies the turf field industry has used to justify their safety.

In a statement of their findings, EHHI reported that, “many of the studies that the synthetic turf industry has cited claiming the synthetic turf fields are safe, actually show numerous heavy metals, chemicals, and carcinogens in the samples tested. Although industry admits that many studies find numerous toxic compounds, they claim that the levels are too low to be dangerous to human health. Yet the National Institute of Environmental Health Sciences (NIEHS) reports that even when there is low-level exposure to an individual chemical that might not cause cancer, when many low-level chemicals act together they can indeed cause cancer.”

The field Norwalk is installing has a “sand and (crumb) rubber” base, Nick Roberts, the recreation and parks director said at the Common Council’s August 11 meeting, but is covered by a plastic-based topping as opposed to just the crumb rubber. This helps lower the heat that comes off the field, which is one the dangers associated with crumb rubber fields, he said.

“We did review the state’s (health department’s) report and there were recommendations in there that we are following,” Roberts said. “This is a different product than we’ve used in the past. This is a different product than what’s on our existing fields. This is a product that’s supposed to reduce the temperature by 40 degrees and it’s also a plastic-based topping as opposed to the crumb rubber. This is not the regular crumb rubber, this is an alternative, and we think this will help with reducing the temperature.”

Roberts said that the field will have a useful life of about 10 years, and will allow them to play more games throughout the year as the turf fields hold up better than grass in inclement weather.

Alderman said that the use of these plastic-covered fields, which have been referred to as “Coolplay” has been increasing now that people are aware of the concerns about crumb rubber.

“Now we know a lot about the crumb rubber, no question about that, and a lot of people are convinced so then they try to put in different infill, so to satisfy people’s concerns about the carcinogens and the irritants that are in crumb rubber,” she said.

Shanahan and Alderman also voiced concerns over the health impacts to students, such as the possibility of increased concussions or impact on their joints.

“There [are] some issues and concerns with these artificial turf fields where there’s a higher concussion rates and that there’s some issue with knees because of the hard pounding, so I’m not sure that all of the studies support the fact that they’re safer than regular grass fields,” Shanahan said at the August 11 meeting.

Roberts said that they were following the state’s guidance on this matter.

“There’s been studies done on both sides of this topic. All I have to rely on is what the [Norwalk] health department and state health department produces,” he said. “There’s nothing out there that precludes us from using it.”

He emphasized that the new field Norwalk contracted for is using the plastic infill, which could alleviate some of the concerns.

Still, Alderman said that while the plastic infill helps to cool the fields, it comes with problems of its own.

“We’re in the middle of a plastic epidemic, and we are learning more and more about plastics and the dangers of plastics,” she said.

Alderman questioned the possibility of the plastic breaking and escaping, or letting out some of the crumb rubber, as well as Norwalk’s rationale behind supporting a field with plastic if they’re concerned about the environmental impacts of plastic bags.

“If Norwalk banned single-use plastic bags before the pandemic because they cared about the uses of plastic, why would they want to put down acres and acres of plastic?” she said.