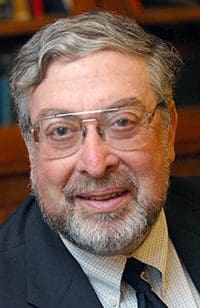 Could Connecticut become the next front in Vladimir Putin’s war against Western Democracies?

It may be hard to imagine but it would not be illegal because neither federal nor Connecticut election law currently bars foreign entities from contributing unlimited amounts of funds to influence the outcome of a state ballot referendum.

All Connecticut residents, whether Democrats, Republicans, or unaffiliated voters, should be concerned. Fortunately, the State Legislature still has an opportunity to close this glaring loophole this month by passing Senate Bill 431, An Act Concerning Referenda.

Federal law already bars foreign nationals from donating to federal and state candidates in elections. But a recent legal decision by the Federal Election Commission confirmed that Congress has not acted specifically to prohibit foreign spending to influence the outcome of state and local referenda.

In a 4-2 decision in July, the FEC held in the Sandstrom decision that ballot initiatives are not “elections” under existing federal law and therefore the federal foreign donation prohibition didn’t prohibit an Australian mining firm from donating through its Canadian subsidiary to oppose a Montana referendum that would have imposed new restrictions on hard rock mining in that state.

In the wake of federal inaction, individual states should act to protect their local democracies from foreign interference. Fortunately, many are doing so. According to the Campaign Legal Center, seven states have enacted prohibitions while another dozen states are considering draft legislation.

Connecticut’s campaign finance laws need repair because of a similar loophole: Sec. 9-620c of state law that regulates permissible donations to referenda campaigns is silent on funds from foreign sources.

Why is it important for Connecticut to act now to stop foreign money?

Unlike frequent issue-based ballot questions in many other states, the use of the statewide ballot referendum in Connecticut is limited to ratification of amendments to the state constitution. These votes don’t come often, but no vote is more important than amending the constitution. And Connecticut residents will go to the polls in November to vote on whether to amend our state constitution to allow “early voting.”

Even if they are infrequent at the state level, referenda are much more common in local elections in Connecticut, including annual budget votes, votes on charter revisions and advisory ballot measures. Foreign expenditures could put our system of local grass-roots democracy at risk by threatening to drown out the voices of local voters.

The horrific Russian invasion of Ukraine and Putin’s past practices of attempting to interfere in U.S. elections by spreading disinformation, hacking emails and fomenting doubts about vote tallies, should inspire a new urgency to the referenda reform project. As a prestigious group of former national security officials recently warned,  “(O)ur foreign adversaries and other bad actors are licking their chops as they watch efforts to destabilize our elections.”

We must ensure that our statewide referendum on the November 2022 ballot over whether to ratify a state constitutional amendment does not become a target of anti-democratic foreign actors.

Enacting SB 431 to ban contributions and expenditures by all foreign nationals and foreign owners represents a giant step that can be achieved now on a bipartisan basis to strengthen the integrity and enhance voter confidence in the outcome of referenda in Connecticut.

Alex Knopp, who served eight terms in the General Assembly and two terms as Mayor of Norwalk, is an Advisory Board member of Common Cause of Connecticut.

Seems like this is already an infringement on Constitutional rights on the federal level and should be too on the state level. What right does the government have to tell candidates where they get their money from? If a foreign government wants to spend money advertising against a ballot initiative, who is the legislature to deny the press their right to take that foreign money for their freedom of the press and free expression. Maybe the state legislature should spend more time passing laws to take measures to ensure that foreign nationals don’t vote on these measures or any other elections.

First Amendment
First Amendment Annotated
Congress shall make no law respecting an establishment of religion, or prohibiting the free exercise thereof; or abridging the freedom of speech, or of the press; or the right of the people peaceably to assemble, and to petition the Government for a redress of grievances.

While I applaud Knopp’s theme, the story needs additional flavor. He continually uses Putin as an example. While true, it’s important to note there’s probably a heckuva lot more “dark” money coming into the left side of the political spectrum. As an example, when Sheldon Whitehouse of Rhode Island is not trying to figure out the rules of the “Delta Triangle Game” played by teens with access to beer and time on their hands, he is taking Dark money from lobbyists and businesses pushing their agenda, not our country’s agenda.(While complaining about Dark Money to anyone who will listen) Why not use his hypocrisy as an example. How about Biden taking money from PACs pushing their extreme agendas.
Maybe if politicians used a balanced approach to make their points we’d take them more seriously. That doesn’t seem to be the case above.

Agree with the premise entirely. It’s only a matter of time before Putin personally spends $236 on Facebook ads and signs in front of the diner trying to push through a change to Norwalk’s Charter to extend mayoral terms.

As long as we’re doing this and showing so much correctly placed concern for this issue, and in the spirit of consistency, let’s extend it the disallowment of donations and funding of local municipal campaigns and candidates by any parties outside the immediate confines of that election area. If we don’t, just imagine the headline, “OUT OF TOWN DEVELOPERS SPEND THOUSANDS INSTALLING CANDIDATES IN RETALIATION OF LOCAL RESIDENTS IMAGINING THEY SHOULD HAVE PRIORITY OPINIONS ON WHAT GETS BUILT AND WHERE.” It may be hard to imagine but it would not be illegal. Swift action on this represents a giant step that can be achieved now on a bipartisan basis to strengthen the integrity and enhance voter confidence in the outcome of our elections.

Imagine how much our CT governance would be improved if we could ban all outside contributions save those from only CT citizens. That means ending contributions from big business and political parties outside CT. Shouldn’t CT citizens be allowed to elect their own governance without big monies protecting their interests ? Isn’t Democracy worth fighting for ? One has to only look at how funding are raised for Norwalk’s Mayoral elections to see that City residents contribute only a small portion. Unions, attorneys, local businesses, big donors outside our City, etc. all help determine our City’s malfeasance. Our current arrangements favor One Party misrule forever. Our public schools being exhibit number one.

Here is an update to the proposal I’m advocating: On Tuesday afternoon, the State Senate unanimously passed SB 431 after passing a largely technical amendment removing from the bill some other issues not directly related to the ban on foreign donations to referenda. I would like to thank Sen. Bob Duff for facilitating this legislative action.

Hey, was Trump ever guilty of colluding with Russia? In CT, 79% of voters vote for the Democrat dog catcher. Unless that Russian oligarch can direct deposit into 79% of peoples bank accounts, we will still have all our deserving D-politicians in office. Recall Nancy Pelosi’s glass of water comment