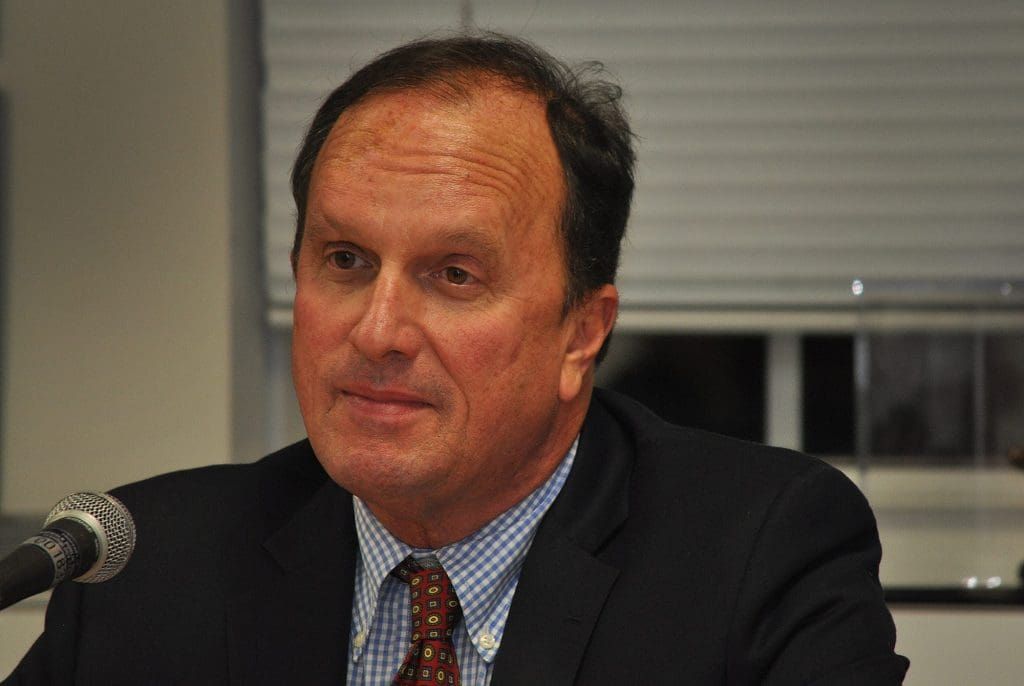 Norwalk Board of Education member Mike Barbis listens Tuesday in City Hall as he is nominated to be chairman.

NORWALK, Conn. — Mike Barbis is your new Norwalk Board of Education chairman.

The votes were unanimous at Tuesday’s brief organizational BoE meeting, with Erik Anderson elected vice chairman and Bryan Meek as secretary, a sea change for the Board. 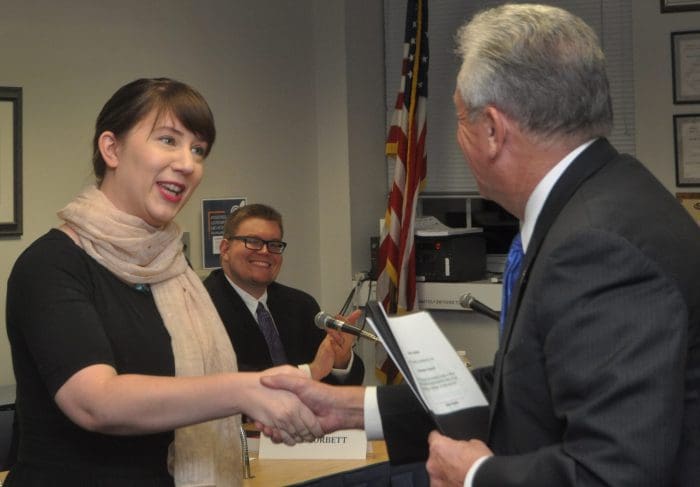 Sarah LeMieux accepts congratulations from Mayor Harry Rilling on Tuesday after being sworn into office as a member of the Board of Education.

Barbis, a Board member since 2011, has served most recently as Vice Chairman and Facilities Committee chairman. He’s been secretary and a member of the Finance Committee and the Curriculum and Instruction Committee, and chairman of the Negotiations and Personnel Committee.

“He continues to do an outstanding job as facilities chair,” Keyes said, nominating Barbis and noting that he also has several liason roles. “Mike is passionate, dedicated, diligent and always comes well-prepared to all of our meetings.”

Barbis replaces Mike Lyons in the role. Lyons, who has been chairman for five years, was absent; Barbis said he had been stuck in traffic for hours.

Meek nominated Anderson, who was elected two years ago to represent District B. 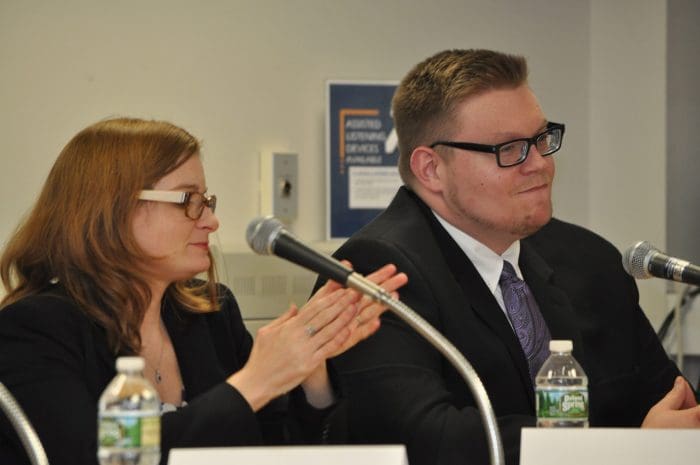 “Erik’s background on the BET (Board of Estimate and Taxation) has been extremely helpful in improving our financial management capabilities,” Meek said. “He has played a key part in the development of further plans to improve our systems of internal controls and accountability to our stakeholders.”

Anderson has also taken on the leadership of the Ad Hoc Special Education Committee, and, “most look forward to his assignment to the South Norwalk school construction committee,” Meek said.

“His knowledge of his constituents needs and his ability to assuage varied interests will serve us extremely well,” said Meek, who was also elected in 2015, to represent District D. 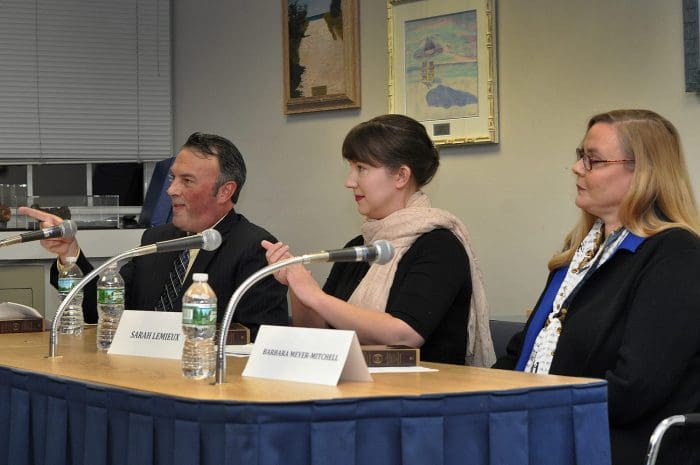 Board of Education member Bryan Meek, left, receives applause Tuesday in City Hall after being elected Board secretary. From right are Barbara Meyer Mitchell and Sarah LeMiuex.

Anderson nominated Meek, first noting that he could talk about Meek’s role as Finance Committee chairman but said, “I’m going to focus on the fact that I never in 1 million years thought that I would be sitting here nominating Mr. Mr. Bryan Meek. It is a testament on what I’ve been able to build with Mr. Meek on our relationship, looking beyond our party, looking beyond what is conservative and what is liberal. I came in here truly believing that I that I might not be able to have a relationship of any kind with Mr. Meek and would have to tiptoe around him. I have found anything but that to be the case. I have found somebody who is committed to our schools, somebody who is willing to spend money, much of the chagrin of some that might say otherwise, but Mr. Meek truly cares about this school (district) and is always going to put party aside when it comes to its support.”

Asked after the meeting what the public can expect in the coming year now that he is chairman, Barbis said, “More of the same.”

“There’s not going to be any big changes,” Barbis said. “We’re going to be, you know, keeping on our track to implement the strategic operating plan. I think we set 26 goals for ourselves this year so we’re going to be a staying on top of all that and some of them are already a little bit off course. So I think will be busy but we have a very, very professional staff in Central Office and I have no doubt that they’ll get the job done. We just need to shepherd them along.”

On Monday, Corbett said that perhaps the Board members should hold each other more accountable, with possibly a new policy for social media commentary on anything that relates to Board of Education.

“I had an interesting conversation with Sarah Lemieux,” Barbis said. “She is obviously new to all of this and she didn’t really appreciate some of the history, some of what we have been through and how we got to where we are. So, I gave her a little history lesson. So maybe will have a couple more of those because I think it is really hard to understand how we get to where we go we’re going without understanding where we were.

Barbis continued, “I think of when I got sworn in six years ago and what this group is like, it’s night and day for a lot of reasons – the personalities, the structure of central office, the commitment to education, but also technology.”

That last was a reference to social media, through which he got to know Meyer Mitchell, founder of the Facebook page, Norwalk Parents for Education.

Barbis said, “I think a lot of things have changed but we still have to keep our eye on the ball to make sure we get to where we going to go.”

CONGRATS TO MIKE BARBIS, ERIK ANDERSON AND BRYAN MEEK!! I know you all will continue serving all
Of our Children and The City as a whole well!! These are very well deserved positions and look forward to great things from all of you and the rest of the BOE!!!

Congratulations to Mike Barbis, Erik Anderson and Bryan Meek. Norwalk is fortunate to have so many dedicated and passionate public servants willing to serve on the BOE, including those who are newly elected.