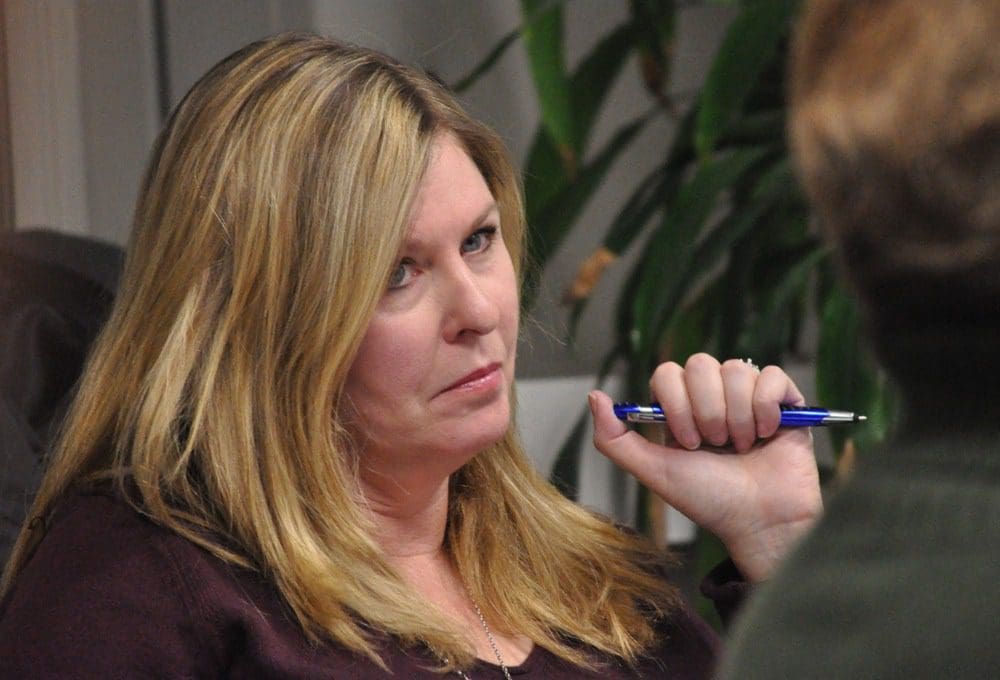 Board of Education member Mike Barbis said Thursday in a Facebook thread that Councilman Doug Hempstead (R-At Large), Councilman David McCarthy (R-District E) and Councilman David Watts (D-District A) were fighting King’s appointment. McCarthy denied it; Hempstead said he wouldn’t comment other than to question how Barbis would know what has gone on in the Republican caucus; Watts declined to comment.

King and Attorney Doug Stern were among the list of four Zoning Commission appointments included in the agenda for Tuesday’s Council meeting. But, in an unprecedented move for this administration, Rilling pulled their appointments during the meeting. He declined to predict that they’d be back again for a vote.

Rilling, from the start of his term, has worked out a consensus among Council members before going forward with appointments. He has said that volunteers should not be embarrassed by a debate about their merits during a Council meeting, as frequently happened during the Moccia administration.

This time was different.

“I withdrew the nominations due to the fact there were questions being raised by some Councilpersons who apparently had concerns,” Rilling said in an email. “I was made aware of those concerns on Friday August 7th at 9:50 in the morning, ten minutes before the agenda was being distributed.  Therefore, I felt further discussions, to allow specifics of those concerns to be articulated, were necessary in order to determine how to proceed.”

The Republican caucus was scheduled for Monday evening, as it always is, one day before the Council meeting.

King and Stern both attended Tuesday’s Council meeting to see their names pulled from consideration. Rilling’s other two appointments, Rod Johnson and Michael O’Reilly, sailed through in what has become the normal fashion.

“I’m not exactly sure of the reason for our names being tabled last night,” Stern said in a Wednesday email. “Hopefully everything will be ready to go through at the next council meeting.”

“I think it’s just typical Norwalk politics,” King said Tuesday. “The position shouldn’t be political, it should be based on accomplishments and I have accomplished a lot in my short time as a zoning commissioner.”

“The City’s Zoning Department has zero interface with the Board of Ed,” Barbis wrote. “They publicly state that these new developments have only small units and there will be no kids … then we can (see) dozens of kids and no extra $ from the City. For example, the BOE had to spend almost $100,000 to add a bus route for the 30 kids at Norden Avalon that went to Marvin School. I’ve asked the City for numbers on the next phase of the Waypointe development but I get no reply. The one member of the Zoning Commission, Nora King, who asks these questions is having trouble getting re-appointed — Mayor Harry W. Rilling is trying his best but Common Council members Dave McCarthy, David Angelo Watts and Doug Hempstead are fighting hard against her re-appointment.”

“Since he tagged me, I saw it too,” McCarthy wrote in an email. “No, it isn’t true. The mayor understands the issue, I believe, and therefore withdrew her nomination.  I have not communicated with the mayor on this or any other issue in a very long time.”

Plus, “The idea that Doug Hempstead is ‘fighting hard’ to block anyone’s nomination is ludicrous on its face, and I think you understand that,” McCarthy wrote.

“I have had no discussion with Councilman McCarthy relative to my nominations to fill the two vacant regular positions on the Zoning Commission,” Rilling wrote in an email.

Some background information: Barbis and King have been very critical of Watts. McCarthy and Barbis have a long-standing animosity.

“I have no comment at this time,” Hempstead said Thursday evening. “I don’t know how … Mike Barbis would even know what went on in our caucus. It was a caucus discussion, and the mayor did what he wanted to do at the time and that is where we are at.”

Asked about King’s qualifications for the Zoning Commission, Hempstead said no one should assume that they will be reappointed.

“Your term is your term,” Hempstead said. “I served one year on Zoning, Alex Knopp did not reappoint me. I don’t own any rights to that appointment. I was fortunate enough to serve the community and it’s the prerogative of any mayor or legislative body to say one way or the other. It is what it is.”

And, he asked, “How does Mike Barbis know anything that I do?”

So do these members of the Council support her? Interesting that no one responds by saying “I will support her” or “I won’t support her” — it’s not the Iran nuclear deal we have here, it’s the reappointment of a competent, responsible sitting zoning commissioner. Apparently very important that positions be shrouded in mystery because of the complexity of the issues.