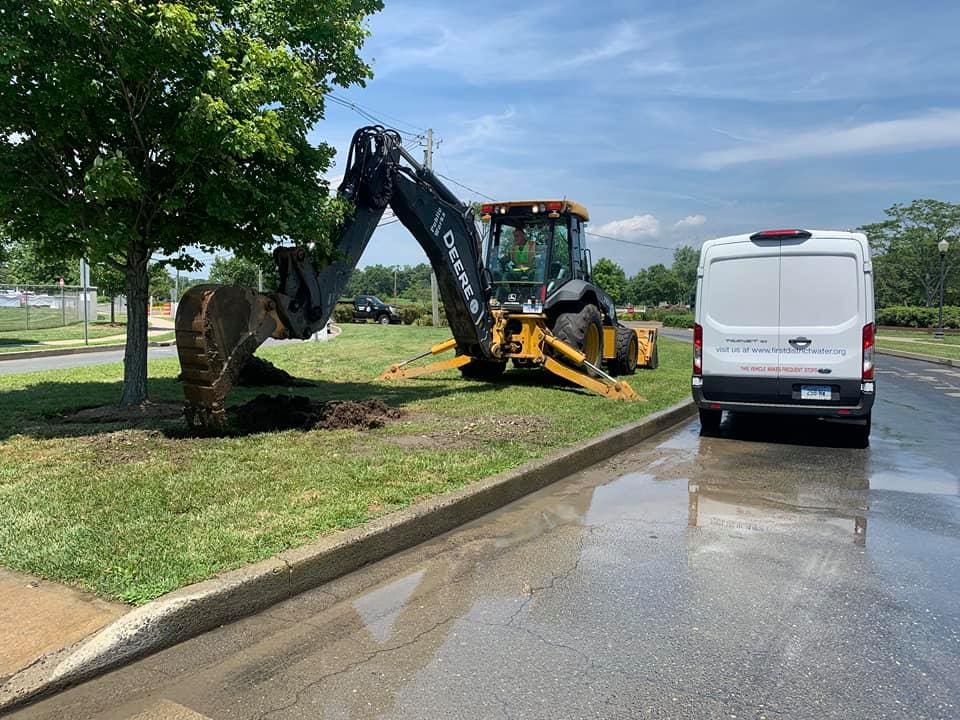 A water main being repaired Monday at Calf Pasture Beach. (City of Norwalk)

NORWALK, Conn. — Restrooms were closed Monday at Calf Pasture Beach due to a water main break.

Morgan explained that, “The 6” iron water main is original to the park. It’s unclear how or why it broke, but salt and soil conditions can deteriorate the material.”

Calf Pasture Beach “formally opened in 1924 while work on buildings and nearby roads was still underway,” the Third Taxing District reports.  “Additional buildings and sidewalks were constructed at Calf Pasture in 1935 with funding provided by the Federal Emergency Relief Administration.”

The City, in its 1:19 p.m. Tweet, said “Due to a water main break at the beach we’ve had to turn off water to the park. Facilities such as restrooms/showers are not available. Due to the heat we’re keeping the beach open while we make repairs. Be advised there is no water on site, but portable toilets are available.”

The beach has been greatly improved in recent years. Former Norwalk Recreation and Parks Department Director Mike Mocciae has called it a transformation, with additional amenities including a third softball field, a sidewalk along the sand, new lighting and children’s equipment.

This year, the City is creating a large residents only area in the parking lot.

There’s a joke in here..

Is this due to global warming? It has been very hot out