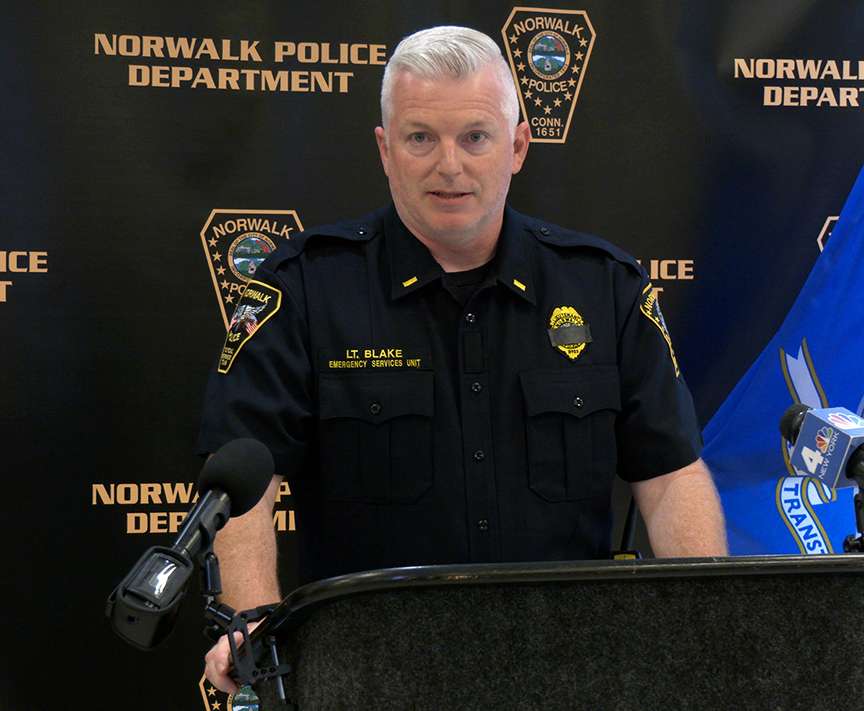 He also President of the Norwalk Police Benevolent Association.

“I will miss him. I enjoyed working with him,” O’Connor said. Union members sometimes “pushed” Kulhawik and “tested his position a little bit,” but “he always kept a very even keel and a very measured tone. And even though I am sure that deep down a lot of the things, or some of the things angered him greatly, he never showed it. He’s a good guy, he was a good chief.”

He looks forward to working with Walsh. “I think he’s bringing in a fresh perspective,” O’Connor said. “He’s got a couple of things he wants to change; they’re all small changes…we’ll work with him to make the transition as smooth as possible, within the rights of the employee, to make the changes that are reasonable.”

Congrats to Lt. Blake, who we know well in our neighborhood of Golden Hill from his many years of collaboration with the Golden Hill Association in making our area safer.

And congrats to Lt. Walsh as the new Police Chief, and best of luck to former Chief Kulhawik who always listened to our concerns and was always helpful. He will be missed.

And as always, thank you to the entire force for protecting all of Norwalk and responding when needed, and for all the support they continue to offer for our awesome diverse community.