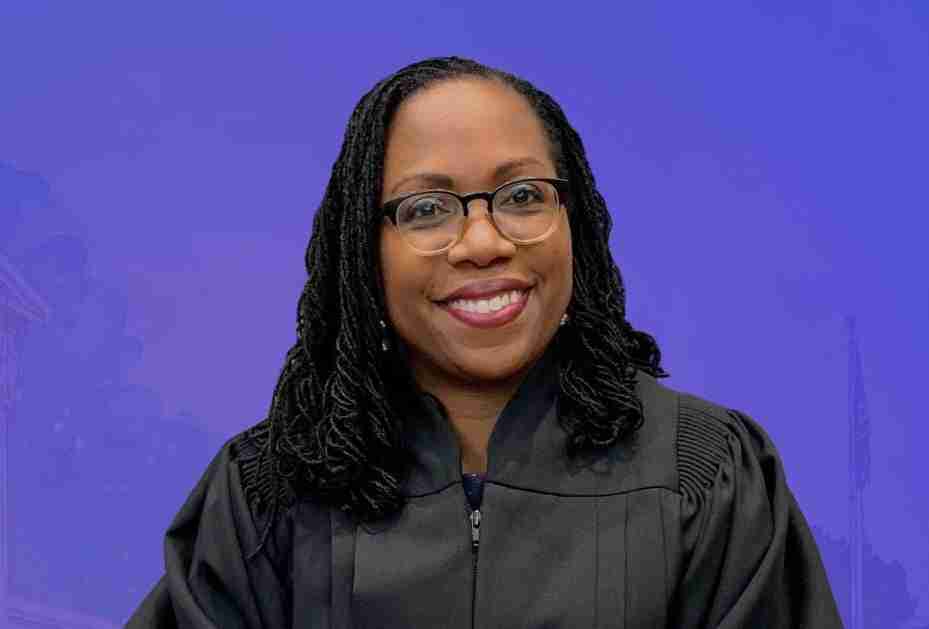 “I think this nomination will generate enormous enthusiasm,” said Blumenthal, when asked if he believes Jackson’s nomination will motivate Democratic voters to turn out at the polls in November.

Blumenthal, 75, is seeking a third term in the Senate and has been a fixture in state politics for more than three decades. There is a roster of Republicans vying for the nomination to challenge him in November, including former state House Republican Leader Themis Klarides, 56.

Connecticut Republicans have not won a U.S. Senate race since Lowell P. Weicker Jr. captured the seat in 1982, and Democrats have solid majorities in every statewide office and the General Assembly. Still, Republicans are counting on dissatisfaction with Biden to win them seats in the midterm election.

Biden’s nomination of the first Black woman to the Supreme Court could energize the Democratic base, however.

“Her values for standing for voting rights, reproductive rights and the benefits to everyday Americans of having a Black woman [on the Supreme Court] reflects the diversity of America as well,” Blumenthal said.

Blumenthal, a member of the Senate Judiciary Committee, said Jackson’s nomination is “historic.”

“The first Black woman on the United States Supreme Court and someone of such immense personal accomplishment and qualification,” Blumenthal said of Jackson, a former public defender who is now a federal appeals court judge. “She’s a star. She is an example of what is best in America.”

He described her as having a “unique combination of thoughtfulness and common sense,” and said her experience as a public defender means she “understands the real world impacts of her decisions on everyday Americans.”

Blumenthal said he hopes Republicans will consider her qualifications and vote to confirm by mid-April.

“I would hope that Republicans would look at this nominee on her merits,” he said. “She has proven to be an extraordinary jurist on the court of appeals. I’m going to be reaching out to them as early as today – Republicans as well as Democrats. We’re all going to be looking at her total record.”

CNN reports that Jackson met with Biden earlier in the month and accepted the president’s nomination Thursday night.

Jackson, 51, graduated from Harvard University. Before she was appointed by Biden last year to the appellate court she served on the federal district court in D.C. and was a commissioner on the U.S. Sentencing Commission. Prior to that, she served as a federal public defender in Washington.

Gov. Ned Lamont said he is supportive of Biden’s nomination.

“I applaud President Biden’s choice and commend his commitment to ensuring that our nation’s highest court better reflects the nation itself,” Lamont said.

Sen Blumenthal proud of using “sanctions” to help the embattled Ukrainians but not supplying weapons or cutting off Russian oil imports ?

How embarrassing for a CT Senator.

Aren’t there any CT Congressmen anxious to support the Ukrainians fighting the Russian invasion ? Just one honorable Congressmen ?

Senator, you mean the one who has history of her decisions overturned for “judicial overreach”?

Will Gov Lamont take any actions to make sure that CT’s Legislature, local governments or CT courts “better reflect CT itself” ?

Since when is it okay to nominate a person for any role based solely on Race or Sex?

Maybe if Biden said she was the best qualified person who just happens to be a black woman, that would fly with Americans.

It’s hard to believe anything the mainstream media pushes these days. They are portraying Ketanji Brown Jackson as apolitical and historic when she is actually very much of a run-of-the-mill political activist wearing a robe.

The fact that her decisions have been overturned on appeal so many times demonstrates her activism and should disqualify her from the Supreme court. Blumenthal however, thinks she embodies the core values of the Democrat party. He may be correct on this point which is stretching the constitution beyond reason to push through a political agenda that would otherwise not make it through the legislative process.

All of this demonstrates how far we have devolved from the hard-headed individualism characteristic of our Connecticut Yankee past.

Blumenthal and Murphy in the Senate, Himes in the House have not–to my recollection, ever voted against the Democrat party stupidity like the $1.9B boondoggle–ironically called the “infrastructure bill” that has jumpstarted the no longer “transitory” inflation that is destroying middle-class prosperity.

Our representatives to Congress have failed us and looking back, they are an utter embarrassment.

Blumenthal’s famous, “Falsus in uno, falsus in omnibus,” directed at Brett Kavanaugh’s hearing after he himself has lied about serving in Vietnam is almost pathetic.

Murphy who continuously pumped the “Russia collusion” myth even after it was definitively disproven is a joke.

Himes who recently said that people questioning the election results demonstrates a “deep sickness in our democracy” should make us all laugh after we were subjected to two years of Hillary’s charges of a rigged election in 2016. And Stacey Abrams still claims she was cheated out of the last Georgia governor race.

We have to do better than this. The way to do it is to put principles over party.

Where is the news here ? Everyone knows Sen Blumenthal always votes with his Party. Does he represent CT ? With our decade long stagnant economy/employment level ? Looks that way.

Has Sen Blumenthal ever introduced legislation that became law ? Not the job of a Senator ?

Hey, while we’re discussing Democrat voters turning out to the poles, I wonder what voters may think about this…..

I’m not sure this is a “core value” representing the Democratic party ….or is it?

It seems many have issues to stock trades while “serving” their constituents.

Time for change for those “serving” CT in Washington DC.

Remember this when the time comes.

We’re still waiting for Sen Blumenthal and other CT Congressman to speak out on Ukraine demanding more weapons, humanitarian aid and assistance to sent ASAP.
Not as important as “global warming” ? Why not stand up, make us proud and speak out ?

Sen Blumenthal have any problems with the US working with Russia on preventing Iran from getting nukes ? No ? Russia one of our Iran Partners ?

What’s unique about this nomination is that at get go President Biden said he was going to only appoint a Black woman to the SOC.. That’s never happened before.
Typically Presidents put together a list of well qualified candidates. Here the President states that sex and race are the primary considerations. That’s unfair to the nation and to the candidate.