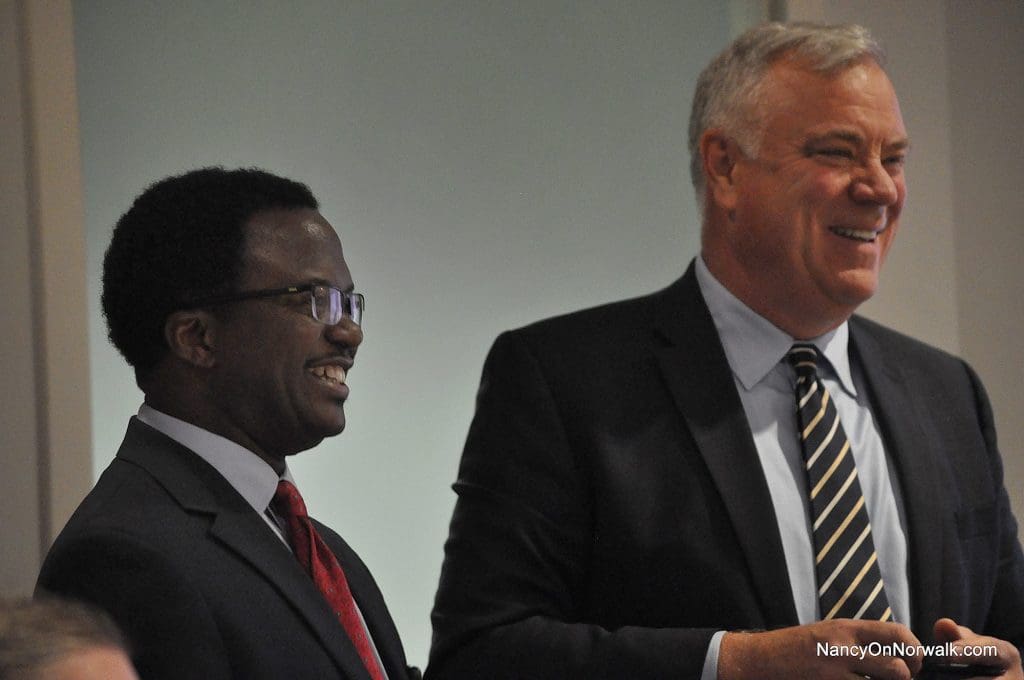 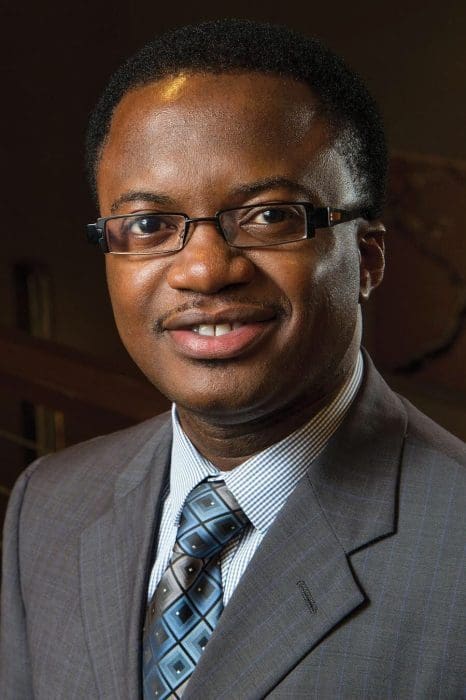 Asmani worked in City Hall from August 2016 to July 2018 as director of management and budgets. Come Dec. 7, he’ll be taking the role Tom Hamilton has been performing, should the Board of Education approve the appointment at Tuesday’s meeting.

Hamilton, whose resume also includes being Norwalk director of management and budgets, has been NPS CFO for six years. He’s retiring at age 61, effective Dec. 31, during the budget season.

“The school district budget is scheduled to be submitted to the Board of Education before the end of the year, with a workshop meeting on the 2022-23 Capital and Operating Budgets scheduled for December 7,” NPS said in a news release last month.

NPS promised a nation-wide search for a new CFO and found Asmani working in the town next door. He’s been New Canaan’s CFO since December 2019, after starting there as budget director when he left the Norwalk Finance Department.  He didn’t leave the city, though, as he’d bought a home near the Merritt Parkway. NPS cites Asmani’s “deep commitment to the Norwalk community” as well as his “extensive experience in public finance and economic development.”

Asmani came to Norwalk originally from Newton, Kansas, where he had been the assistant city manager for budget and finance for six years, when he was chosen by then-Finance Director Bob Barron to fill the director of management and budgets position left vacant when Barron stepped up to take Hamilton’s place in 2015.

Barron said, at the time, that he’d advertised for the job three times before Asmani, who he met in 2011 at a week-long government finance institute program in Wisconsin, applied. “When I saw his name come across I was really thrilled,” Barron said.

Asmani is the son of African diplomats and was educated in Africa, Europe and the United States, Barron said.

Asmani’s accomplishments in New Canaan include “creating a more effective public financial management strategy, and improving financial processes and procedures among all departments of the town,” NPS states in its news release. He managed financial operations and oversaw the development and implementation of financial policies and procedures, the town’s annual budget process and long-range financial plan.

“In addition to maintaining the town’s Certificate of Achievement for Excellence in Financial Reporting, Mr. Asmani also implemented the New Canaan Budget Book Publication and the Popular Annual Financial Report, both of which have received consecutive years of the Distinguished Presentation Award by the Government Finance Officers. He also oversees the Office of Tax Collections and Office of Tax Assessment. He is responsible for all aspects of debt management, and during his tenure, maintained the town’s Aaa bond credit rating. Prior to being named CFO, he served as New Canaan’s budget director, with responsibility for the preparation, review and control of the town’s $154 million operating budget and $78 million capital budget.”

Not only did Asmani plan and manage the preparation and administration of the City’s operating and capital budgets when he served Norwalk, but he “led budget policy planning with the Mayor’s Office, Common Council, and Board of Estimate and Taxation, and provided near-term and long-range financial and economic planning,” NPS states in its news release.

Asmani’s 2016 resume said he saved Newton, KS, $105,000 a year by restructuring the Human Resources Department and combining two positions. It added that Newton also spent $102,130 a year less because of the implementation of an automated time and attendance system under Asmani.

Asmani’s LinkedIn page states that he currently volunteers as:

NPS states that he’s also treasurer of Norwalk Mutual Housing and is on the Salvation Army Board as a trustee of Grace Baptist Church and as a Norwalk Community Health Center board member.

Congratulations Lunda. We are so fortunate to have you back!

Welcome back Lunda! Congratulations! The BOE and the City are so fortunate to have you.

Congratulations Brother Asmani, Norwalk is fortunate to have you.

Congratulations on your move! New Canaan’s great loss here, is Norwalk’s big win. You will be awesome!

Don’t know him, never worked with him, but I would point out that he has been job hopping for marginal promotions…that is a red flag that the now challenged school system could probably do without.

Another example of how our BOE does a “national search” to secure best available talent.
But why complain. Reportedly our School Supt wasn’t chosen with a “national prof search” either.

Mr McCarthy: the man has not been job hopping by todays standard. No one stays in the same job forever anymore. His resume is stellar because he’s got a mix of both strong employment credentials coupled with a ton of volunteer positions. You need to understand todays job market to appreciate what Norwalk is getting from this This highly accomplished man.