NORWALK, Conn. — Running to represent District B on the Common Council are incumbents Travis Simms and Faye Bowman, as well as Manny Langella and Hector Correra.

NancyOnNorwalk solicited biographical information and commentary from the candidates. Here is what we learned, with candidates listed in alphabetical order: 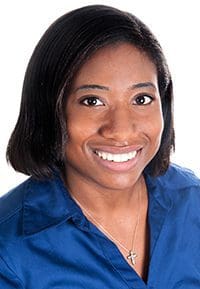 Bowman works as Director of Information Systems at Horizons National Student Enrichment Program Inc.  She holds a Bachelor’s Degree from Boston University in Political Science, with a Minor in Chemistry.  She also holds a Master’s Degree in Quantitative Research from the University of Pennsylvania’s Graduate School of Education.

“One of the important things that sets me apart from most of the other candidates is that I am not afraid to speak up when I see that things are not being thought through or when there is a credible viewpoint that is not being put on the table for residents to hear. I believe that when all angles of a decision are considered and ideas are carefully vetted and consequences are considered, the outcome is favorable. When there is instead an enabling silence because no one is willing to bring up the tough topics, the outcome is likely to be unfavorable. Constructive criticism over an enabling silence is better any day if the goal is progress…in my opinion,” Bowman wrote.

“What also sets me apart is that I bring a different and diverse viewpoint to the Council in that I am a Woman, Young Professional, and an African American,” Bowman wrote. “This allows me to add a voice on behalf of several key constituencies that may not otherwise be heard on the Council floor.”

Manny Langella has been endorsed by the Working Families Party and the Republican Party; he is not on the Democratic Party line of the ballot.

Langella is a Global Sales Strategist at Indeed.com in Stamford.

“Simply put, I help people get jobs,” he wrote. “I work globally scaling out Company initiatives to help streamline and drive performance. This involves careful analysis and cross-functional collaboration in many different markets globally; all while navigating and understanding industry trends in real time. I believe these same skills could help Norwalk on the Council. Previously, I lead the Norwalk Connecticut Avenue Best Buy and have operated a business with upwards of a 70mm P&L. I also believe there is a level of decorum that comes with holding public office, and will lead from the front with values and integrity that come with the honor of serving.”

Langella was born and raised in Connecticut and has a twin sister. Some family members are Red Sox fans, some root for the Yankees.

He holds a Bachelor’s in Political Science and a Minor in Criminal Justice from the University of Connecticut, Storrs.

“This is my second time running for Common Council,” Langella wrote. “I learned a lot from my last run, and have taken those learns and applied them. I currently serve on the City of Norwalk Fair Rent Commission, am a Community Advisor to the Board of Directors for The Open Door Shelter and am a voting member of our Democratic Town Committee and District B Committee. I also serve as District B Treasurer and sit on District B’s Housing Committee.”

“In addition to my experiences listed above, I also created and manage the social media pages for our District B Facebook Page,” Langella wrote. “I believe I can represent the interests of our Community. From having been there when we unified with AMEC to cleaning our streets and parks with South Norwalk Citizens for Justice, I have learned so much during this journey with all of and most importantly, the dynamic of this District.”

To learn your district, visit the city’s website here, enter your address, and scroll down to where it says “Voting District”, where you’ll see a letter followed by a number. The letter indicates your district.

NON requested but has not received information from Simms, a Democrat, nor from Correra, a Democrat endorsed by the Republican Town Committee and the Working Families Party.