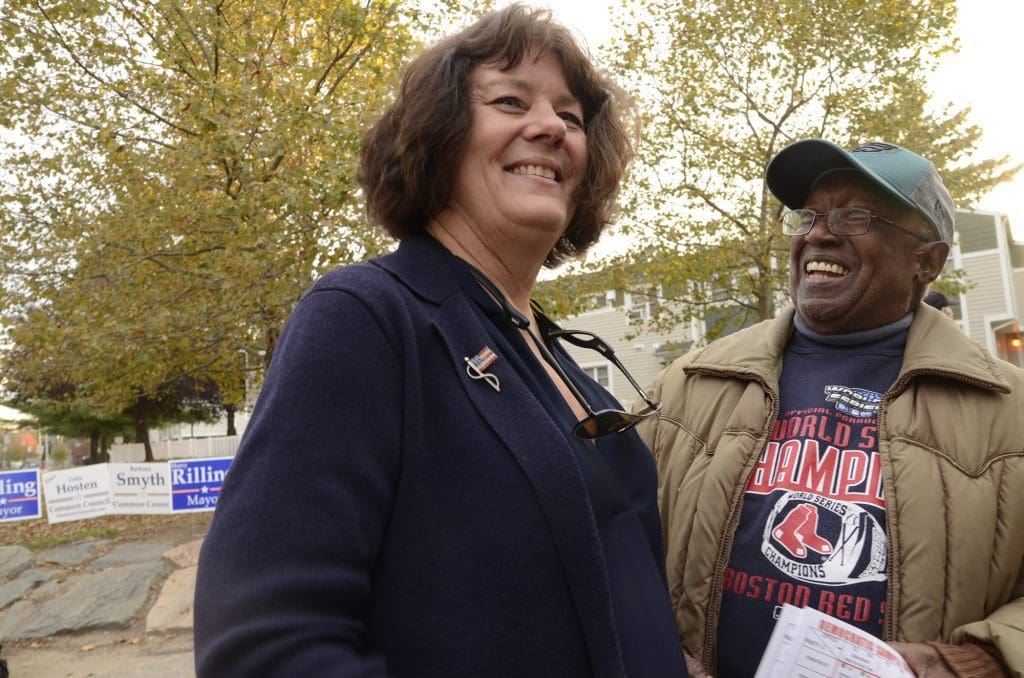 NORWALK, Conn. — Norwalk Republicans didn’t endorse any Board of Education candidates this week but Democrats will have competition nevertheless – former Mayoral candidate Lisa Brinton said she has a “full Board of Education slate and five common council candidates” ready to run under her fledgling Independents for Norwalk banner.

Independents for Norwalk isn’t yet a Political Action Committee (PAC), Town Clerk Rick McQuaid said. Instead, Brinton is working under her UDrive PAC.

The State Elections Enforcement Commission (SEEC) website search function does not turn up an Independents for Norwalk filing among the 83 documents listed for the 2021 election.

Joshua Foley, State Elections Enforcement Commission Staff Attorney, said July 12 that he didn’t see any document either, “leading me to suspect that they are a local PAC filing with the town clerk.”

Her independent candidates will need to get a sufficient number of signatures on petitions to qualify for the fall ballot. Gabe Rosenberg, General Counsel to Connecticut Secretary of the State Denise Merrill, said they need 1% of the total votes cast in the previous election for the office they’re seeking.

Rosenberg said Wednesday that he’d asked for a list of candidates Brinton has registered for petitions and hoped to have it Thursday. That didn’t happen.

McQuaid said he should be able to release the list next week, after the State certifies it.

“My hope is the Independent Party will have 15 candidates approved and certified to be on the ballot by August 4th,” Brinton said Wednesday. “Candidates are from across the city and include a full Board of Education slate and five common council candidates, along with other offices.  Candidates are registered under all political stripes – Independent, Unaffiliated, Republican and Democrat, but all 15 are committed to a revival of a LOCAL Independent Party. They want better representation for Norwalk residents, with focus on local issues and a more moderate and common-sense approach to city management and quality of life issues.”

Democrats have dominated City government since the 2015, when they took 11 of 15 Council seats. It’s been 14-1 on the Council since the 2017 election. The Board of Education became all-Democratic in 2019.

Meaning, over the last few years a number of Republicans put their hearts and souls into campaigning and came up with nothing.

Brinton ran in 2017 as an unaffiliated Mayoral candidate in a field of four and two years ago won the Republican endorsement for Mayor, although she hadn’t registered as Republican. She received 44.5% of the vote.

Aug. 4 is the State deadline for petitioning candidates. Brinton said she’s been traveling to Hartford to register candidates for petitions because it’s “faster than waiting on the US mail.”

“Also, many state employees are still working remotely, but will come into the office if you make an appointment,” she explained. “Time is of the essence when having to get the state to print-up petitions and then gather local signatures.  Since there is no LOCAL Independent Party in Norwalk – we must follow a different ballot access process.”

She continued, “We don’t have a party convention like the established Democrat and Republican parties, where their members vote on candidates.  Our ‘votes’ are signatures that come from ordinary residents giving us the opportunity to be on the ballot. After the election, we’ll be able to form a Town Committee and follow the same nominating process as the other two major parties.”

McQuaid said he’d done the math and come up with approximate numbers for the petitions Brinton’s candidates need to complete.

“Regarding the Republican slate – I see some candidates are experienced in city government and are to be expected, while others are newcomers,” Brinton wrote. “I think it is great for new people to get civically involved and challenge the status quo.  As everyone knows, I’ve always wished Norwalk voters paid more attention to what is going on in their own backyard, than engaging in national ideological debate.”

She said, “I’ve tried to create an independent slate that will challenge local voters to demand those seeking reelection or running for the first time, regardless of party, put the interests of our city first and not be deceived by the smoke and mirror of status quo ‘party’ divisiveness or exploitation by outside special interests.  Norwalk deserves better.”

Norwalk needs an Independent party and Independent candidates. One party rule is not healthy or democratic.

Norwalk is lucky to have Lisa, she has the pluck, energy, integrity and honesty to be a force of good for Norwalk.

Norwalk needs dialogue and debate. That way the best ideas emerge and the citizens are kept informed.

The current council with 14 members of one party has a bunch of honest, intelligent people that are terrified to speak their mind or stray from the herd even when they disagree.

It sets up circumstances for a rogue attorney to dictate things in secret session that should be public.

A better balance will allow the council to function properly and it will give everyone courage to share their thoughts and opinions. It will give the public better information, better representation and better results.

Hopefully some new people will win.

As everyone knows, I’ve always wished Norwalk voters paid more attention to what is going on in their own backyard, than engaging in national ideological debate.” — This comment is the most intelligent thing I’ve heard this week.

Tomorrow is the anniversary of the alleged spitting incident concerning Bob Duff and Norwalk PD. As a student of history I thought I’d pass along some interesting tidbits:
1) I’d like to start by congratulating elected officials Lucy Dathan, Chris Perone, Travis Simms and Stephanie Thomas. Four officials that came immediately to Duff’s defense without having any of the relevant facts. Those four were part of a failed effort that tried to bury the Norwalk PD during a very tense time. They have never publicly apologized. Their actions along with Duff’s were a disgrace. There were others that came to Duff’s defense and they too should be embarrassed by their words.
2) To those who know anything about spitting, the name Jeff Barber is legendary. To those few Norwalkers who aren’t members of the National Tobacco Spitting Association (Yes, one truly exists) Jeff Barber holds the record for distance of 33’7.5″. Quite a feat don’t you think?
3) Is the Norwalk PD perfect? No. Do they make mistakes? Yes. Are there better cops than others? Yes. Should they all be painted with the same broad brush? No.
4) The elected officials noted above should be embarrassed by their support of a liar trying to score political points at the expense of our police officers. Some of us will never forget. The problem we have culturally is the many will forget. And many others will view these actions out of a political lens and find no fault. Very sad all around.
5) So happy anniversary Mr. Duff. I hope you’re proud of yourself.

In this article – you say – “Independents for Norwalk isn’t yet a Political Action Committee (PAC), Town Clerk Rick McQuaid said. Instead, Brinton is working under her UDrive PAC”.

In this article posted just 9 days ago – you write ““Brinton, an unaffiliated voter who has twice tried to take down Rilling, formed Independents for Norwalk as a Political Action Committee in June, according to Town Clerk Rick McQuaid”.

This PAC was established this year, we filed SEEC Form 20 with the town clerk Mr. McQuaid on time, and you reported on it.

If the state can’t find the paperwork – it’s probably because they haven’t been in the office for a year.

A correction is requested.

Sorry for responding the day after National spitting day. or the day Bob got his honorary medal for being a honorary victim. I hope he is proud of being a victim. 22 state troopers turned in their papers to retire last month. Easy to verify. Look at how many have troopers have retired this year. Oh and by the way as a trooper said they are not able to pursue a suspect they pull over when they speed off. Gee I can’t imagine why Police and Troopers are retiring.