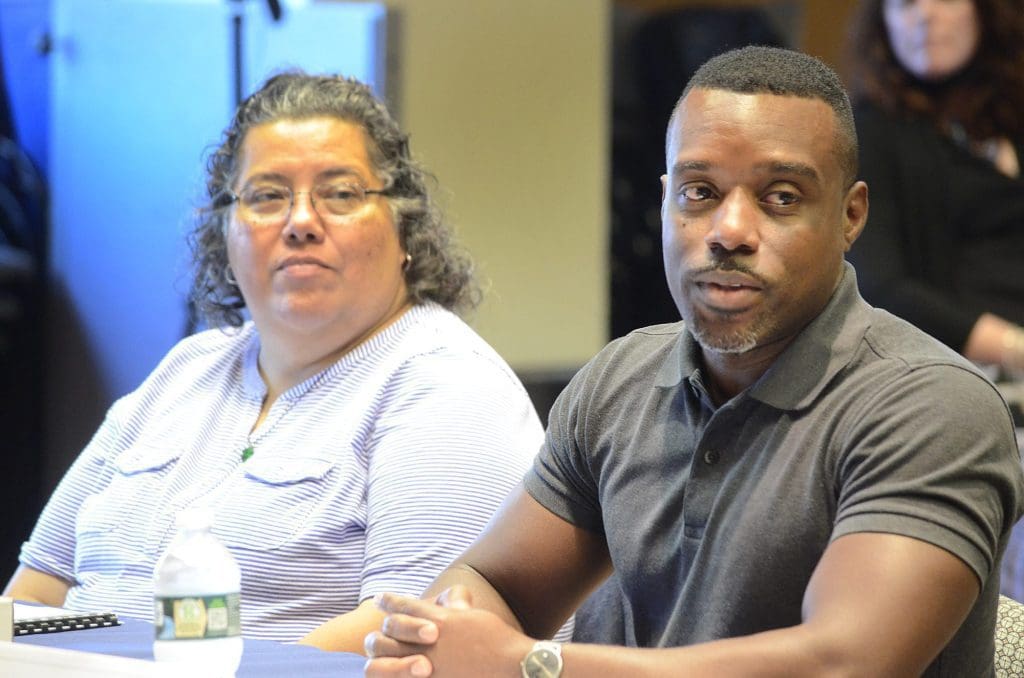 Hosten was Chairman for two years, with Carpio as Vice Chairwoman and Azima as Board Secretary for the same time period.

Carpio is in her fourth year on the Board, noted BoE member Erica DePalma in nominating her for the position. “It follows decades of service throughout the city and various other capacities and for other nonprofit organizations. Diana currently serves as our vice chair as well as committee chair as the as the chair on several committees. And she does a phenomenal job being the liaison of all of those groups.”

BoE member Mary Ellen Flaherty-Ludwig said she’s been impressed by Carpio as “the number of groups that she works for and with is pretty staggering to me.”

“It’s a very busy and difficult position to be in,” she said. “I’m very honored that I was voted in this Chair this evening.”

Hosten said it’s “been a true pleasure and privilege to serve in the capacity as Board Chair for the last two years. I am constantly inspired by my colleagues and by (Norwalk Superintendent of Schools Alexandra Estrella) and her team. It makes what can sometimes feel like a daunting task feel much more rewarding.”

Board of Education member Kara Nelson Baekey nominated Azima, saying she’s been “very impressed by Godfrey’s commitment and his passion for all of our students and for our public schools. I think he’s done a fantastic job as our secretary.”

McCready Brown agreed that Azima has been “very committed” to the district’s students.

“She has been an excellent problem solver as a board member, and incisive with her questions,” Flaherty-Ludwig said.

BoE member Janine Randolph agreed. “Sherry has been a great representative, I feel, for the Board. Again, she asked great questions. She really listens. And I think that she is the right person for the job.”

Diana Carpio is absolutely fantastic. You can trust her.