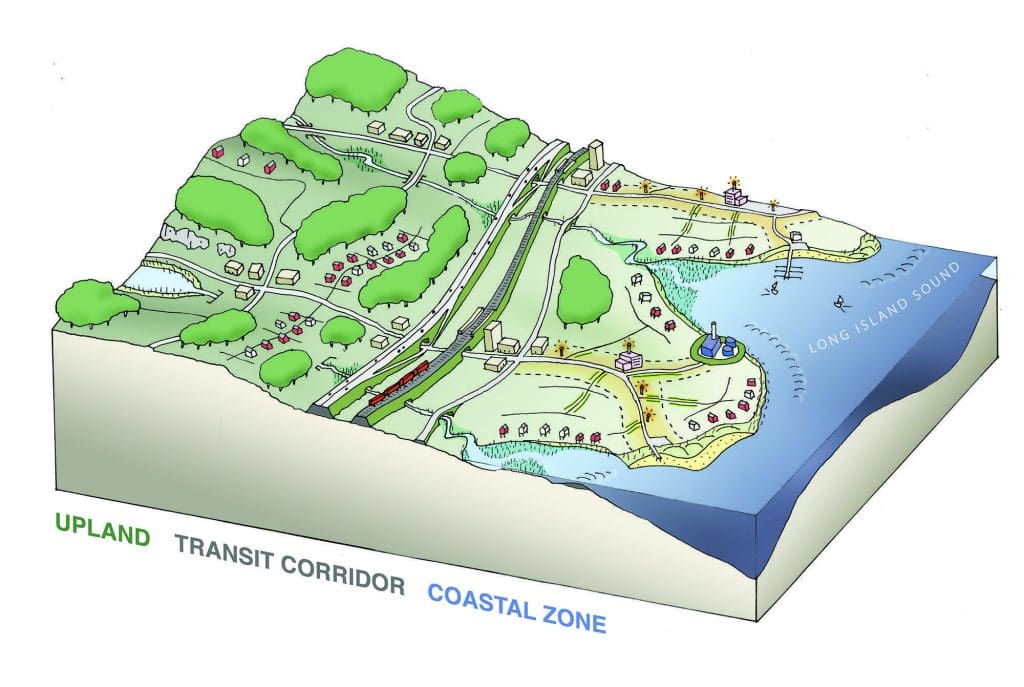 A illustration highlighting the danger posed by climate change. (Contributed)

Norwalk icon Richard Whitcomb’s name will emblazon the refurbished Carver Community Center gymnasium.  A press release called the facility “the most vital community center space, where events ranging from basketball tournaments to career fairs and even memorial services have met the many needs of Norwalk youth and families.”

At the gym’s naming ceremony, Rilling recited the City’s proclamation, after which numerous speakers praised Whitcomb, and a video bearing family and friends’ testimonials was played.

A Carver Center press release stated that “Carver’s mission is to close opportunity gaps for all children and to ensure they graduate high school on time and ready for college and careers. Carver serves students before and after school and during the summer, in 17 K-12 Norwalk Public Schools, Side By Side Charter School, the Carver Community Center, and the Classical Studies Magnet Academy in Bridgeport.”

“What Climate Change Means for Connecticut” will be the topic of a free online presentation by Connecticut Institute for Resilience and Climate Adaptation (CIRCA) Assistant Research Director Yaprak Onat, Ph.D at 7 p.m.  Monday, April 12, according to a press release from sponsor Humanists and Freethinkers of Fairfield County hffcct.org.

Registration for this free event is at bit.ly/hffcCIRCA

CIRCA is based at the University of Connecticut Avery Point Campus in Groton.  Their site is https://circa.uconn.edu

Volunteer at the Maritime Aquarium

A training course to become a Volunteer Gallery Ambassador at The Maritime Aquarium at Norwalk will take place in April, according to a press release.  Gallery Ambassadors are stationed at the Aquarium’s exhibits, where they engage with guests and provide information.  Prior knowledge about marine animals isn’t necessary to take the course, but you must be at least 15 years old.  The application is at www.maritimeaquarium.org/volunteer.

Volunteers must work at least 100 total hours, at four hours per week for weekday staffers and four hours per month for weekend staff.  Recommendation letters and award forms will be signed when the 100 hours have been completed.  Volunteers get discounts in the Aquarium Gift Shop, Cascade Café, 4D Theater, and on various programs.

The Aquarium,  a 501(c)(3) not-for-profit institution, is fully open with COVID protocols in effect: masks required for everyone over age 2, reduced capacity, enhanced cleanings, and one-way flow through the  galleries.