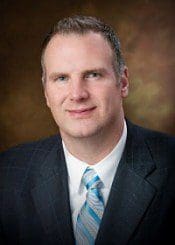 HARTFORD, Conn. – The Connecticut Conference of Municipalities hired the head of a state correctional authority and former West Virginia state representative to serve as its third executive director since 1966.

Joseph A. DeLong of West Virginia beat out two in-state candidates and several others from across the country because of his management style and experience, according to South Windsor Town Manager and CCM President Matthew Galligan.

“He rose to the top. Cream of the crop,” Galligan said. He described DeLong, who earned his master’s degree in business from West Virginia University, as a “troubleshooter” responsible for turning around several state agencies during his 15 years as an executive in the public and private sectors.

Is CCM the lobby of municipal employees ? Is Norwalk a member ? Annual dues paid by the City ? Can City residents access CCM database ? Salary paid by CCM for its new CEO ? What is CCM’s agenda ? Endorse candidates ?

These are the easy questions.