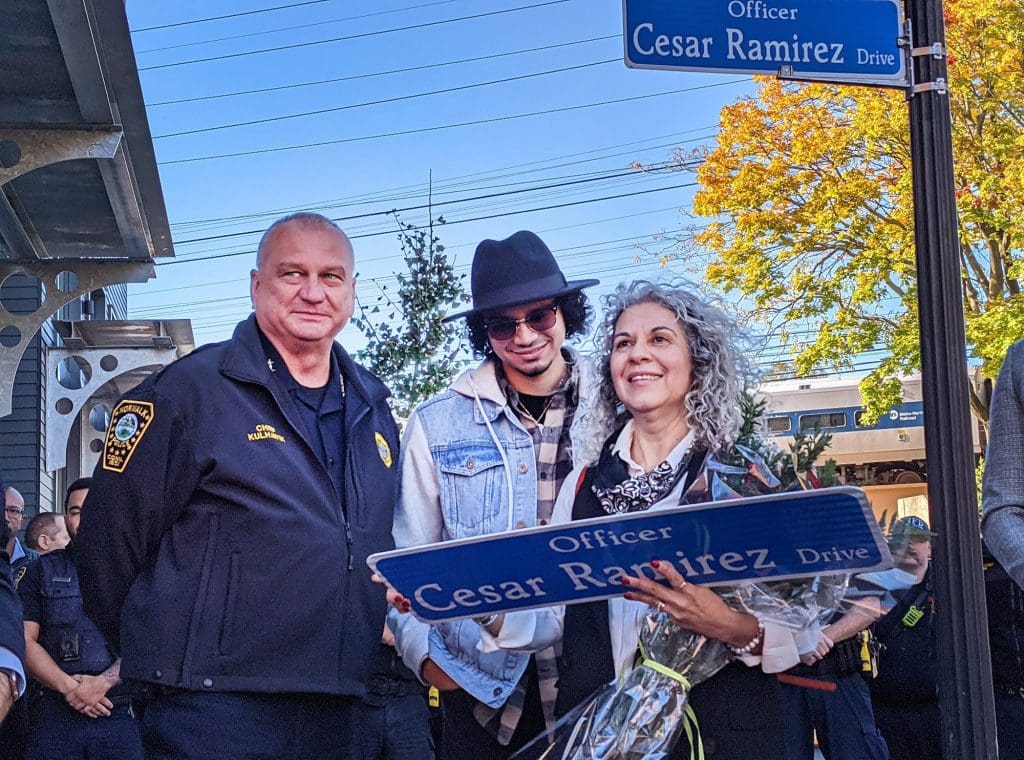 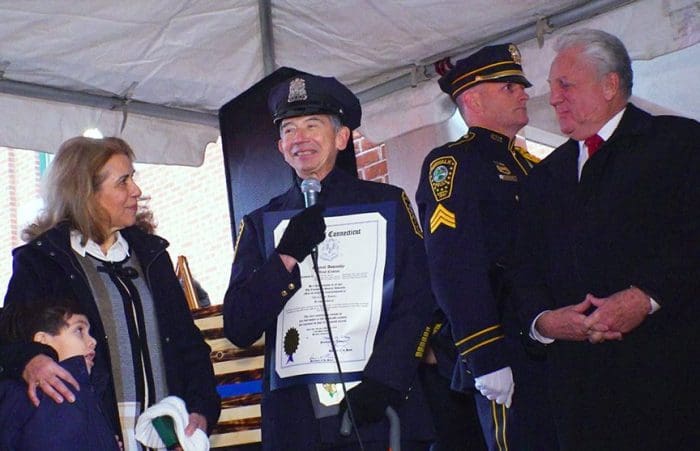 The honor is great, even if, “We don’t need a sign for Caesar, he’s still present throughout this neighborhood here,” Police Chief Thomas Kulhawik said, standing across the street from police headquarters with about 20 police officers behind him and a crowd of more than 40 people in front of him. “But having a sign here will always remind us. I’m reminded every day, I have a big picture of them in my office. So I see him every morning when I get to work. Keeps us keeps us on check.”

Ramirez died at age 71 in January 2020 after a brief fight against aggressive brain cancer. He served a Norwalk police officer for 32 years and had served on the Norwalk Housing Authority since 1992. Ramirez led the Housing Authority as it developed plans to rebuild Washington Village, then the oldest public housing project in Connecticut and possibly the nation. The Authority secured a $30 million United States Department of Housing and Urban Development (HUD) Choice Neighborhoods Initiative grant in support of the effort and Phase I of the Washington Village replacement, Soundview Landing, opened in mid-2018. 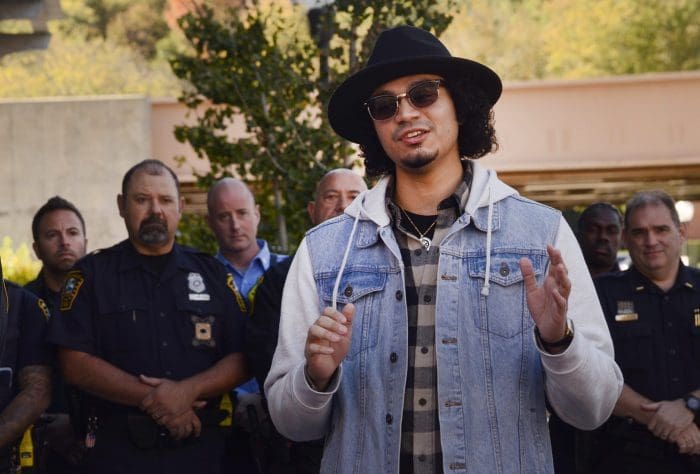 Mayor Harry Rilling on Monday called Ramirez a “quintessential community police officer” in those 32 years and said he redefined the definition of community policing.

In July 2020, the Common Council voted unanimously to honorarily rename Chestnut Street, from Monroe Street to Merritt Place, to Officer Cesar Ramirez Drive because that’s where Side by Side School and Columbus Magnet School are, and Ramirez was known for carefully keeping an eye on the kids and guiding them to school.

It was hoped the renaming would take place in September 2020 but delays due to COVID-19 were expected.

Pupils from the two schools were present for the unveiling, as were school administrators.

Council member Darlene Young (D-District B) noted Ramirez’ service on the Norwalk Housing Authority and told the kids, “You young people, you saw what he did. You saw what he gave, and he gave his heart and his time and his energy to you. And the goal really is for you as young people to pass on that sort of thing. And I know that you will.”

“He would come to every meeting incredibly prepared,” Bovilsky said. “I mean, he read every word of hundreds of pages of documents. And he came to the meeting with every question and every concern and let me assure you, nobody was leaving until every question was answered, and every concern was addressed… He knew those families, and they knew him, they trusted him.”

“We’re missing him every day, like we have been,” said Ramirez’ widow, Ana Ramirez. “We drive through the city to remember things every day, every single time.

“The reason my dad is the way was the way he was because of Jesus Christ. So he was a man of faith,” Abraham Ramirez said. 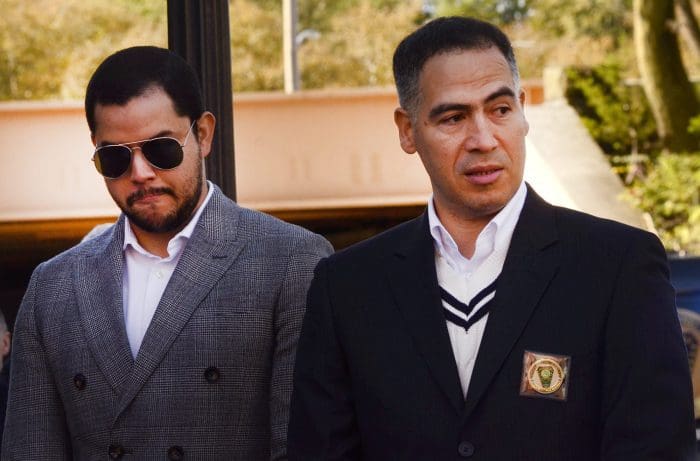 “I just want to say that it’s been almost two years, it doesn’t matter who you lose in life…you never forget, it never gets easier,” said Cesar Ramirez, the late officer’s son. “You learn how to deal with it, you ask God for the grace to continue to get through things. But, you know, this is an honor.”

“Cesar really showed us what the true calling of the leader is,” said the Rev. Guy Dormévil, pastor of St. Joseph Church. “…When you serve, you will be called a loving person, and they cannot forget about you. And that’s why the call is to every one of us, as leaders, it’s about service, not about power.”

“We all have our little way of remembering him,” Rilling said. “One thing I always remember, he always seemed to have that little smile like he was up to something. He’d give you a wink and he’d have a smile, and you say, ‘OK, what is he cooking up now?’ And sooner or later you’d find out, but that that was who he was.” 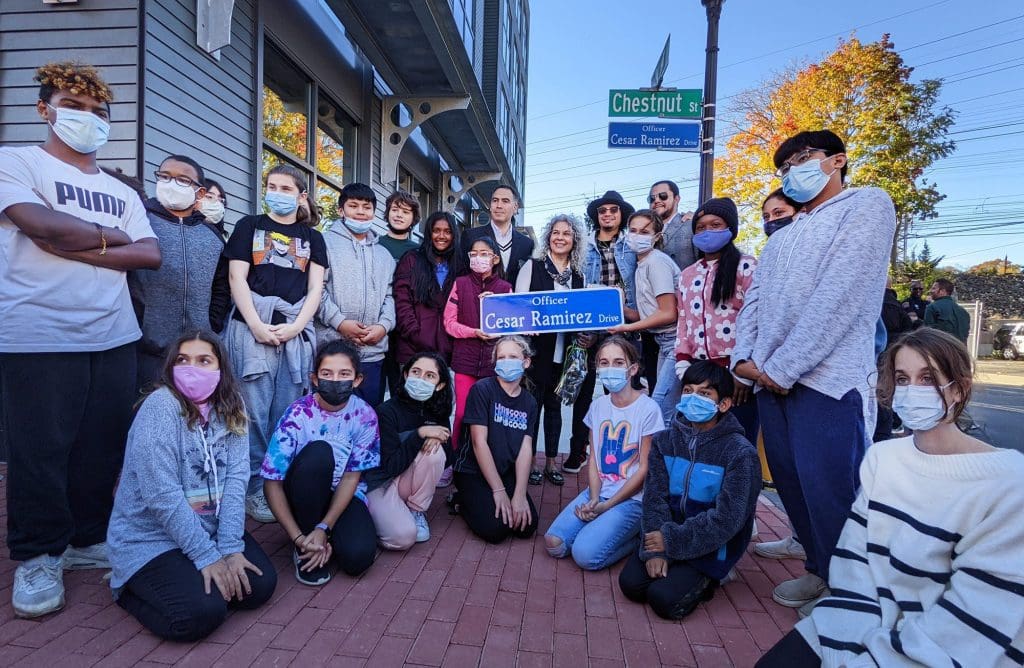 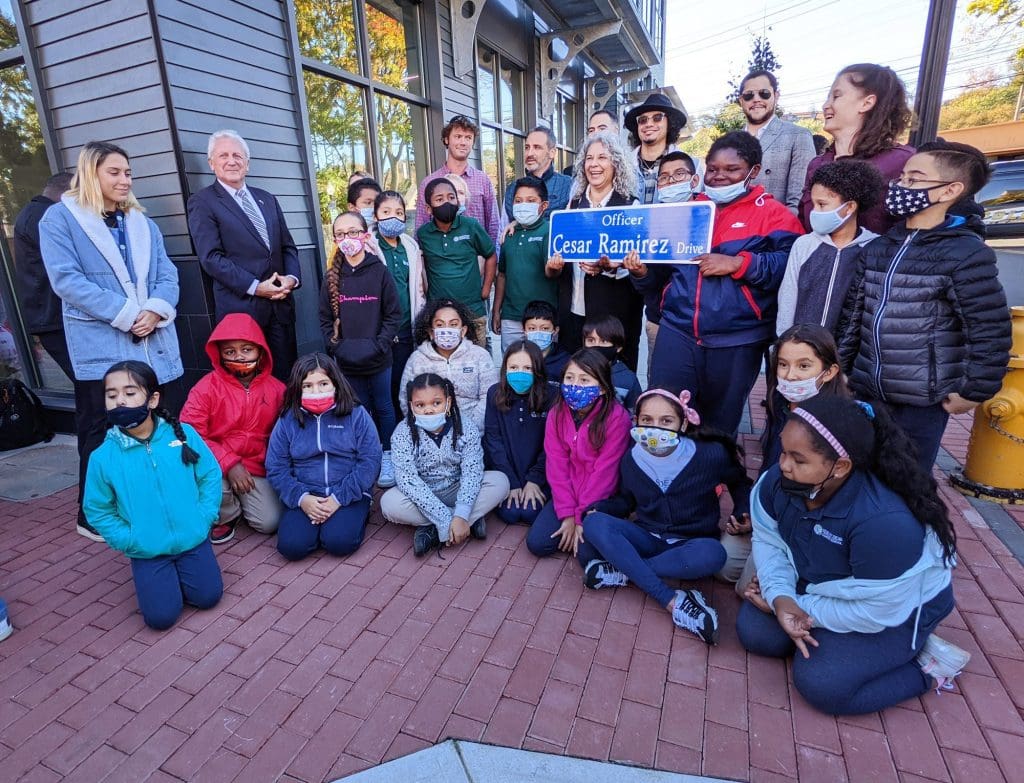 Nice article. “Those who serve to protect us” ought be respected and honored.

A wonderful honor for a wonderful man. He helped build trust between the police and the community. Will always be loved and missed by Norwalk.

I’m very glad the City did this. Ana and Cesar have been staples in the South Norwalk community for many years. Cesar was very deserving of this gesture.