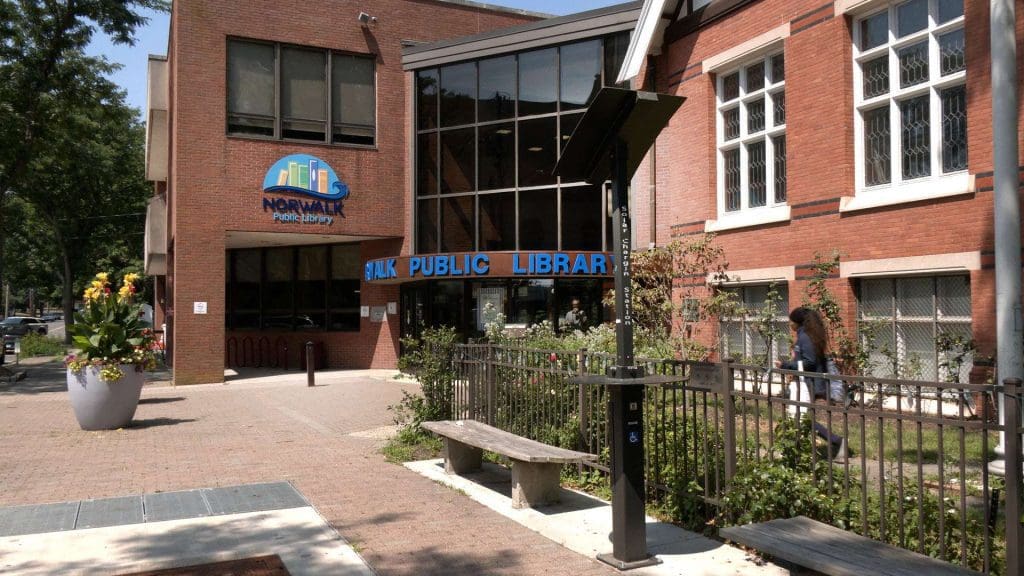 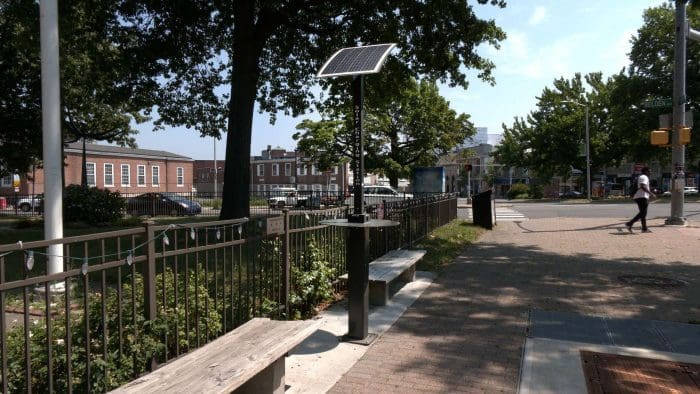 Passing pedestrians and cyclists can use the charging station, Norwalk Public Library Director Sherelle Harris said, calling it “our library’s contribution toward the City of Norwalk’s solar efficiency.”

Library patrons responding to a recent survey said they wanted more meeting spaces, a café and a driveup book drop but when the library added a café, it lost a meeting room, Harris said. Research librarian Luis Ayala suggested that ARPA funds buy the $8,500 pod.

It was installed in early June and is already popular, Ayala said, explaining that there have been 36 reservations for the space, mostly two-hour slots.

Recent improvements have brought the noise level up “just a little bit beyond what we traditionally know and accept at the library,” with people chatting in the café or using the machines in the makerspace, he said. Two people can sit in the pod, use their computer and/or charge their devices, and attend virtual meetings or classes.

“COVID showed us that our library patrons have varied needs. Whether it’s during a pandemic or in normal times, the library is focused on delivering essential services to the residents of Norwalk, services like access to free technology and internet and private, clean physical spaces. We look forward to continued improvements in those areas,” Norwalk Public Library Board of Trustees Chairwoman Moina Noor said. 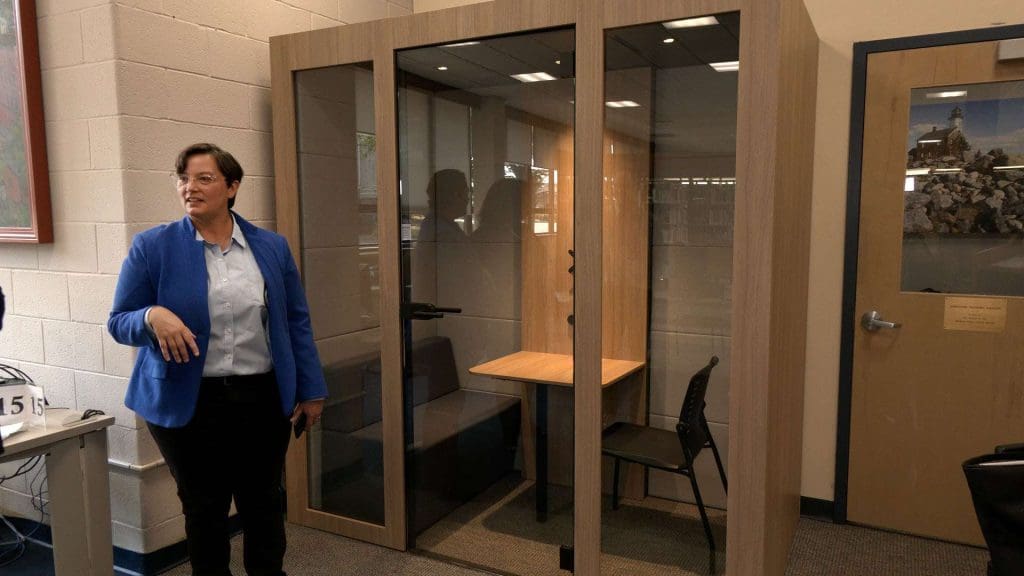 “When I think about our library, I think about how it gives advantages to our community members, that only a library can give: a safe space, a place to learn and grow, a place to find out immense ideas that can help you achieve whatever you want. … Our concern for the future really depends on whether or not we support our libraries,” said Community Services Committee Chairwoman Dominique Johnson (D-At Large), attributing those thoughts to late astronomer Carl Sagan and noting that she’d learned about Sagan as a young person in a library.

“Applying for this grant was encouraged by the Connecticut State Library,” Harris said. “Dawn LaValle, Director Division of Library Development, and Maria Bernier, who is the statewide data coordinator. They equitably encouraged all Connecticut libraries to apply and they could not have been more supportive. During the process. Connecticut is so fortunate to have them.”

“As you can see, the library is becoming much more than a book depository, where people can come in and check out books, bring them home and bring it back,” Rilling said. “We’re providing so much, so many more services that the community needs.”

The federal American Rescue Plan Act (ARPA) of 2021 is “a $1.9 trillion coronavirus rescue package designed to facilitate the United States’ recovery from the devastating economic and health effects of the COVID-19 pandemic,” Investopedia states.

Not sure how Recovery Act funds paying for library improvements helps people recover from financial losses of the pandemic.

How about a charging station for an electric car? I’d love to plug mine in while visiting the library.

Why aren’t City officials also concerned about the well documented “achievement problems” in our City’s public schools as they are about our new libraries. ?