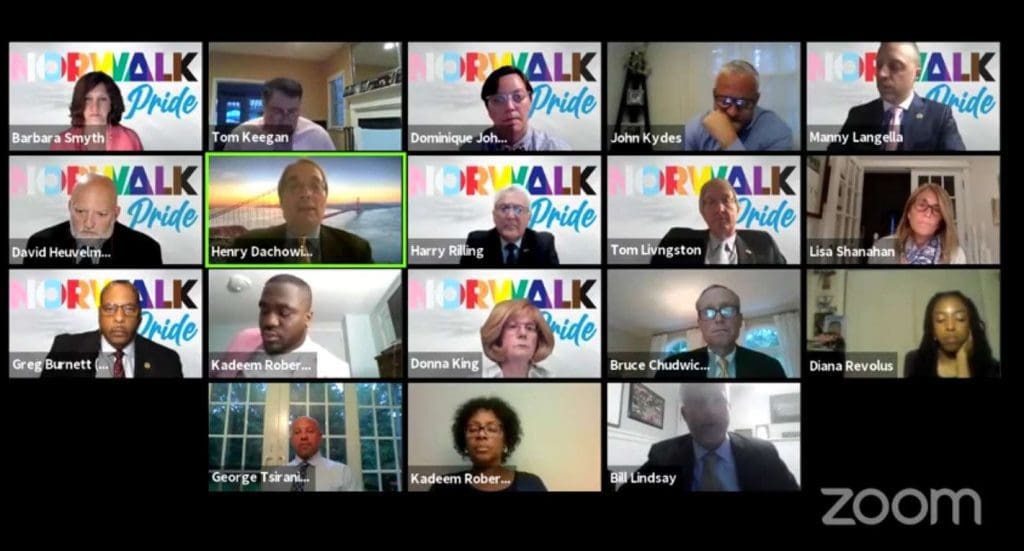 NORWALK, Conn. – Norwalk will save $1.2 million by reissuing up to $47 million in bonds at the current interest rate, Norwalk Chief Financial Officer Henry Dachowitz said Tuesday.

“We are refunding issues that were originally borrowed in 2017 and 2018, which at that time, we thought were very good rates, generally, in the range of 3 to 4%. However, market rates are so low, the 10-year Treasury rates today are about .95%. And the … the municipal rates for 30-year bonds are 1.5%,” Dachowitz said to the Common Council.

The 2017/18 bonds were issued at just under 3% and “we did not expect to be able to refinance them at the time they were issued,” said consultant Bill Lindsay. “We’re happy to say that there’s an opportunity to save a significant amount for the city.”

“We’ve been doing refundings ever since I got here two years ago. We did one refunding two years ago, we did two different refundings last year, as rates kept coming down. Rates went up for six months last fall, and starting January, February, they started coming down again,” he said.

So if you refinanced your mortgage, you’d get lower payments, he said. This is the same thing. The average maturity on these bonds is about eight years.

“So again, just grabbing an opportunity that the market is giving us,” he said. “… Because the market has been coming down in the last three, four months, what we’ve noticed is what they call the fundamentals, the supply/demand balance of municipals is favoring issuers.” Bonds mature on June 30 and, “when investors get that money back, they have to reinvest it. So there’s a lot of pent up demand for the reinvestment of those funds come July. Normally we issue bonds, August or September, I accelerated it a little bit, we are working to price the bonds on July 15.”

The old bonds will be refunded simultaneously with this year’s issuance of new bonds, about $45 million, he said.

“We do this to save costs on the cost of issuance,” Dachowitz said. “We already have an official statement, we’re already paying the rating agencies to rate our bonds. Our bond lawyers and our financial advisor are already getting paid. So we’re taking all of those costs, and now spreading it over a total of $95 million, rather than 45.”

He added, “I really feel given the monetary policy in the next 12 to 24 months, interest rates may go up, there are hints of inflation. Consequently, we’re trying to do that right now.”

This required Council approval and as you might imagine, the vote was unanimous.

“I just wanted to commend Mr. Dachowitz and his team,” Council member Tom Livingston (D-District E) said. “It’s really impressive that they stay on top of the market conditions and take this opportunistic approach, which, as demonstrated by these numbers, is going to save our taxpayers money. And it helps make everything a little easier for us with this.”

Here is a novel idea…how about paying down debt?

Maybe use some of the money to do a temporary paving job on Fort Point St before cars start falling into the various holes in it?

Note to Tom Livingston and Other Council Members: We need to pay more attention to Hank Dachowitz on other issues as well. How about giving him more power and influence over the Board of Ed.? We trust Dachowitz.