Connecticut will join six other states in forming a consortium to purchase protective gear, medical equipment and testing supplies – an effort aimed at saving money and preparing for a possible second wave of the novel coronavirus.

Gov. Ned Lamont and leaders of New York, New Jersey, Massachusetts, Rhode Island, Pennsylvania and Delaware will participate in the coordinated effort. The states will work together to identify the region’s needs, aggregate demand and stabilize the supply chain, officials said Sunday.

“We just drove up prices by our own competition,” New York Gov. Andrew Cuomo said. “It was a limited supply. It was primarily in China. And then you have 50 states and all these private entities and the federal government trying to buy from China. It made no sense.”

The seven states will coordinate policies over the inventory of personal protective gear – such as masks, gloves and gowns – and over the types of equipment each local government should have on hand for first responders or workers with private and nonprofit groups, officials said. The consortium is also looking to purchase ventilators and sanitizer, among other medical items.

The states will find suppliers within the region or country who can meet the demand over the next three months.

Cuomo said New York has spent $2 billion on medical supplies so far this year. He estimated that the seven states together would purchase about $5 billion.

“We will buy as a consortium protective equipment, ventilators, medical equipment … which will make us more competitive in the international marketplace, and I believe it will save taxpayers money,” he said. “I also believe it’ll help us actually get the equipment. We have trouble still getting the equipment because these vendors on the other side, they’re dealing with countries, they’re dealing with the federal government. Why should they do business with one state when they can do business with an entire country?”

Connecticut has faced difficulty in securing medical supplies and protective gear. Frontline staff like nurses and doctors have complained of a shortage and nursing home employees have described fashioning gear out of trash bags and other household items because it wasn’t available at work.

While awaiting shipments from the National Stockpile and other suppliers, Lamont put out an urgent call for donations of protective gear. Tens of thousands of items were donated by large and small businesses, by schools and by individuals. 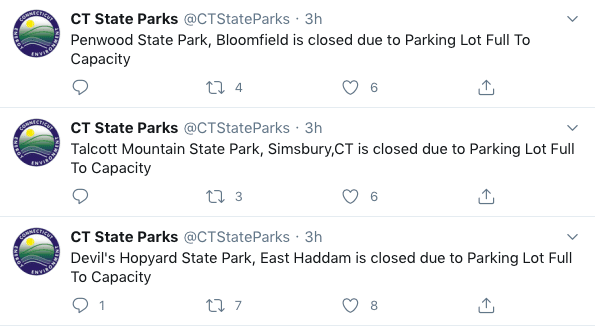 “With global supply chains continuing to experience a major disruption due to the pandemic, combining the efforts of our states into a regional purchasing initiative will help our states obtain needed PPE and other medical equipment without competing against each other,” he said. “I’ve long been advocating for the federal government to get involved because pitting all 50 states against each other to compete for these supplies has never made any sense.”

As they prepare for a possible second wave in the fall, the governors said they didn’t want to wait for assistance.

Connecticut officials on Sunday reported a statewide total of 2,495 deaths related to COVID-19, an increase of 59 from the figures published Saturday.

Hospitalizations decreased to 1,488, down from the total of 1,551 reported Saturday.

State officials did not release the number of new COVID-19-positive cases or other testing information, saying they were taking a step back Sunday to catch up on data collection and processing. The death toll and hospitalization tally released Sunday were current as of 8:30 p.m. Saturday, they said.

“This allows them to clean up the data,” said Max Reiss, a spokesman for Lamont. “So that means tomorrow’s numbers will be the Sunday and Monday totals.”

For the second day a row, Connecticut officials closed several state parks after their parking lots had reached capacity.

The department reduced parking capacity at some locations to prevent large crowds from gathering.