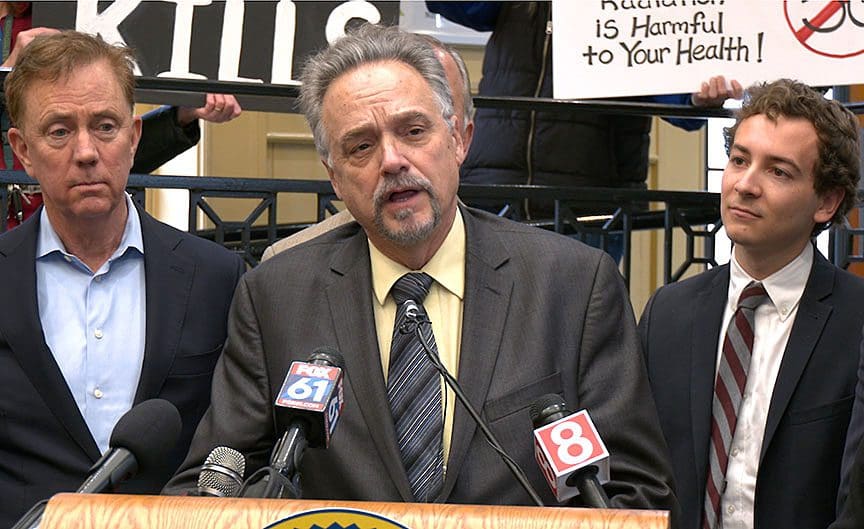 “I don’t want it to be a waste of time while you’re on that train. I want to be as incredibly productive as you can,” Gov. Ned Lamont said. “So by the end of this year, I hope we’re going to have 4G service, no more dead zones. Easy access. You’ll be able to FaceTime and do a lot of the work you can from your office right in the train cars going forward. And soon thereafter we get up to a 5G service.”

“Concerns about 5G are the latest iteration of decades of headlines about the dangers of electromagnetic radiation,” HowToGeek reports. “5G stands for fifth-generation cellular wireless,” PC Magazine reports.

The partnership with AT&T “will allow for the deployment of cutting-edge technology along the New Haven Line – the busiest commuter rail line in the United States – from New Haven to Connecticut’s western border that will vastly enhance and improve the traveling experience of commuters,” a subsequent press release explained. 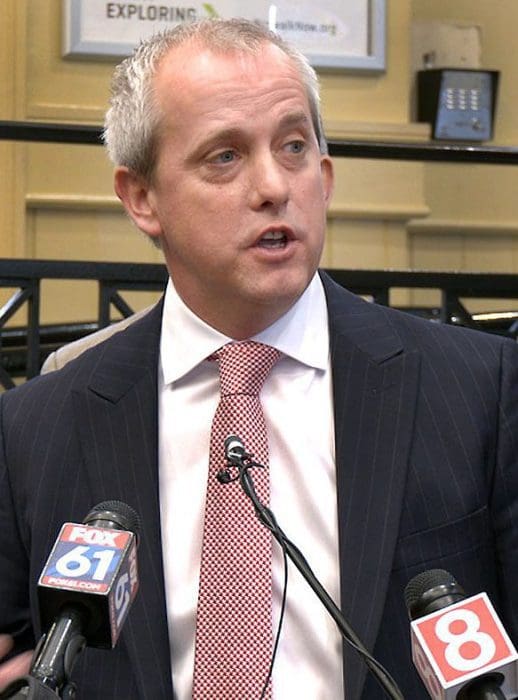 “We in the industry have sought to sought to fix and so this is long overdue, and we’re very, very excited about it,” John Emra, President of AT&T Connecticut, said. “What this agreement will do is allow AT&T to get access to rights of way along the rail line on an expedited manner so that we can build a series of small scale nodes all along the lines to dramatically improve service.”

“We’re hopeful we can get this done in a year,” Emra said. “…This is as we talked about before the busiest train line in America, right? The most important thing we’re gonna have to do is worry about safety as we as we construct this… But I know the governor has said he wants it done in a year and we’re going to do our best to try to get it done in a year.”
“These upgrades are going to entice people to use mass transportation,” Lt. Gov. Susan Bysiewicz said. “Hopefully the blackouts and the drop calls will be addressed and these upgrades are going to increase productivity for the people that use the rail. It’ll also make for a much more pleasant commute.”

A protester asked who would assume liability for possible health concerns. The politicians did not answer that question.

“The mainstay of 5G technology will be the use of higher-frequency bandwidths, right across the radiofrequency spectrum,” Medical News Today reports. “…High doses of RF-EMFs can lead to a rise in the temperature of the exposed tissues, leading to burns and other damage. But mobile devices emit RF-EMFs {Radiofrequency EMFs} at low levels. Whether this is a cause for concern is a matter of ongoing debate, reignited by the arrival of 5G.” 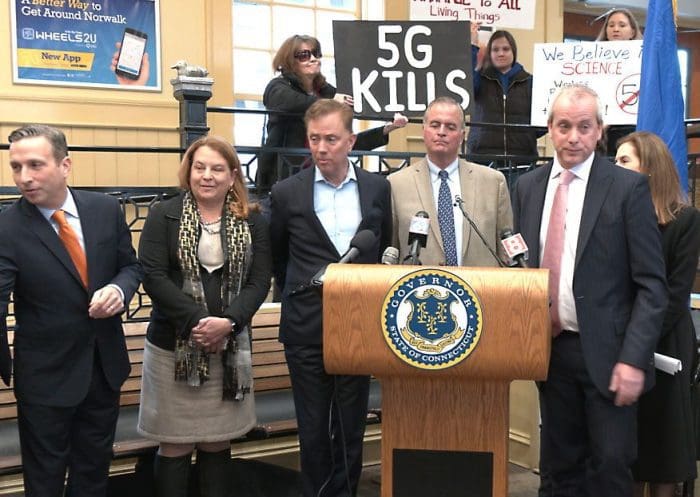 “I think the most important thing to understand on 5G and 4G fundamentally from a health perspective and from an RF perspective, it’s no different than 4G, 3G and the 2G networks that came before it,” Emra said. “The FCC recently on a unanimous and a bipartisan basis said that after studying this issues that it doesn’t need to change anything. It’s existing exposure rules that have been in place for generations. So I think to be frank, that a lot of the concerns about safety and 5G are just not warranted.”

Duff credited Haskell as being the driving force behind the push for 5G on the New Haven line.

Train commuters “all tell you the same thing,” Haskell said. “They’re eager for the trains to get faster, but they know that it’s not going to happen overnight. But they’re frustrated that on every commercial airline, and on Amtrak, and even on the New York subway system, they can get WiFi or they can answer their emails, they can begin working in the morning before they’re actually at their desk yet here on the New Haven branch line.”

The upgrade will lead to less overcrowding because commuters report that their bosses will allow them to come in later if they can work on the train, according to Haskell.

Amtrak offers internet access on its cars but, “You’ve got to remember Amtrak is not looking for the density that we have here,” Connecticut Department of Transportation (ConnDOT) Commissioner Joseph Giulietti said. “You take an Amtrak car and might have 60 people on it, of that 60 people, how many are actually going to access it?”

“The state’s role here is giving us access to that right of way and doing it … in a business-friendly way, right, working with us in a cooperative manner to make the investment possible,” he explained.

“This will be one of the first 5G corridors in the country,” Lamont said. “… This is a way that you bring Connecticut’s economy back to life, speeding up the transportation, speeding up the internet access, being able to do everything from a rail car that you can do from your office.”

I am concerned about this rush to launch 5G technology without enough info about the effects of evermore-enhanced electromagnetic waves.

Anyone else out there concerned as well? Anyone else feel we need more testing and caution before rolling this out??

I agree with Audrey.

There are a lot of unknowns with the 5G technology. This should be researched thoroughly and aligned with by the communities BEFORE is is approved for rollout.

Lamont has already sold all of us out to the likes of ATT, Verizon, etc. Anyone with a brain can and should read the NTP report which showed that rats radiated with 2G and 3G over a period of 10 years developed cancers of the brain, heart and adrenals. In particular male rats.

Think about this. You are riding in a metal car being bombarded with millimeter pulsed radiation twice a day for YEARS. How will that turn out? You don’t know and neither does Lamont because it has never been done before.

Plus, the homeowners, apartment dwellers living along the tracks will have small cell towers planted in the vicinity of their homes. This is 24/7/365 radio frequency radiation with no off switch. When AT&T’s Emra says “small nodes” what he is really saying is high powered antennas spewing radiation.

The toll gantries are also to be outfitted with 5G so you will be radiated on the highways as well. Campuses are first in line. Got a kid at a state College? Ask Lamont to show you the studies showing this is safe. There are none!

This is about BIG MONEY and not your ability to connect to email on a train.