Connecticut REALTORS® (CTR), which reportedly represents 17,000 members involved in all aspects of Connecticut real estate, endorsed then-State Rep. Fred Wilms (R-142) in 2018, when he was being challenged by Dathan. Wilms is seeking to retake the seat.

Dathan thanked CTR for recognizing her dedicated efforts in her first term, a press release said. “She has worked tirelessly during the last two years to improve the quality of life for her constituents including most recently when the state was forced to shut down due to COVID-19 safety protocols. Lucy stepped forward acting as an advocate working with the Board of Realtors, Governor Lamont and DEDC Commissioner Lehman to ensure that real estate transactions would be able to proceed under the waiver program and function smoothly following safe guidelines and protocols.” 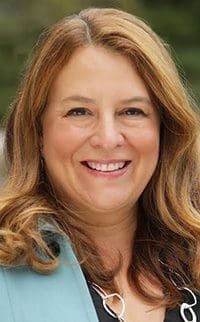 District 142 includes part of Norwalk and New Canaan. Dathan lives in the Silvermine area of the latter. Wilms is a Norwalk resident.

“CTR’s endorsement of her re-election bid demonstrates how Rep. Dathan’s priorities align well with the legislative program of the Realtors and is evidenced in her responses to the questionnaire they used to evaluate candidates and ‘determine who may best ensure there is a positive environment for living in or transferring property in Connecticut,’” the press release said.

It said, “Lucy shares CTR’s belief that ‘real estate is essential to economic recovery and stability in the state and helps to build communities.’”

Lucy is a very good person. However, her judgement condemning Norwalk police in Duff affair without facts was a mistake. It makes me question her independence from party leadership. Does she vote in the interests of the 142nd district? Are her misguided comments about NPD in order to placate parry elders, typical. To say I’m disappointed by her lack of judgement in the Duff affair is an understatement. Especially, in current anti police culture.
The 142 is served well by our police. It’s a shame some of our elected officials don’t realize that.

Why doesn’t the realtors ask parts of Westchester County what it did to them?

No thanks, I’ll support realtors who show they support freedom and liberty.

Not all Realtors support Dathan. She has not supported Norwalk and especially our police.

I wonder if she will remove all her illegally placed political signs that are on City and State property? (Route 123 has many) See the Democrat candidate signs in Norwalk by Duff and Thomas placed on City property.

They should follows the laws regarding political signs.b