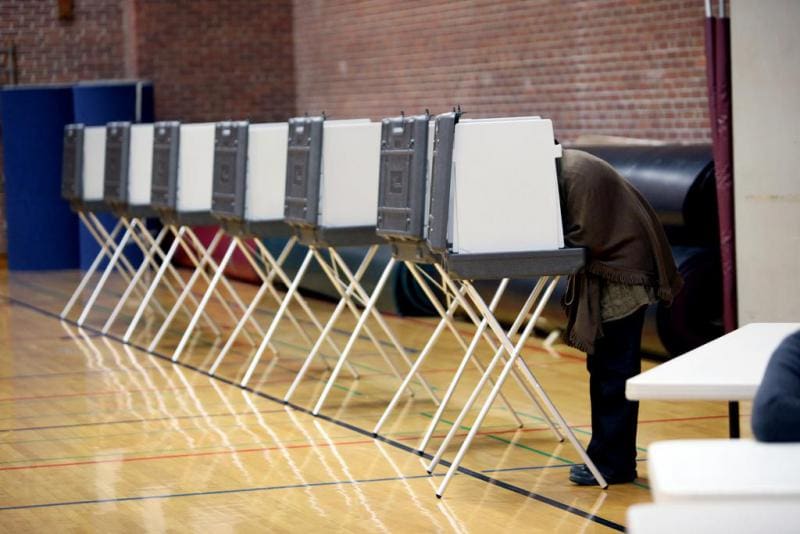 In his regular daily briefing, Lamont said Fairfield, Hartford, and New Haven counties are now all seeing a downward trend in hospitalizations. And he said the death rate has been slightly lower over the last five days than it was over the previous five days.

But State Sen. Saud Anwar (D-South Windsor) cautioned that any reopening plans need to be approached “based on science and not emotion.”

Anwar is vice chair of the legislature’s Public Health Committee. He’s also a doctor who has been working in intensive care units. He joined the briefing remotely.

“I’m seeing, unfortunately, the ugly face of the disease … you have patients dying every single day,” Anwar said. “Just because the number of deaths have decreased does not necessarily mean that we are safe.”

Still, the call to reopen businesses is growing across the state. Lamont said Monday that Connecticut small business owners “did very well” under the latest round of applications for the federal Paycheck Protection Program, but acknowledged the loans will only give businesses the “firepower” to get through a few more weeks, at best. But that’s only accounting for the businesses that were able to get the loan.

The governor said more than 30,000 Connecticut companies got approved. “That’s $2.5 billion dollars more to the state,” Lamont said. “This loan size is smaller than it was in the first round, but that also means more of our small businesses got access.”

In April, $349 billion allocated for PPP loans quickly dried up under a nationwide application surge. In Connecticut, $4.2 billion in aid was approved, but more than 15,000 small businesses were “frozen out,”because the program ran out of money, Lamont said.

Meanwhile, New Jersey Governor Phil Murphy announced all public and private schools will remain closed for the rest of the academic year in his state.

Lamont touched on the topic briefly Monday, and said an announcement on schools and summer camps is expected tomorrow.

The State said Monday it will send absentee ballot applications to every Connecticut registered voter, part of an effort to address concerns that coronavirus could keep people away from the polls in this year’s primary and general elections. But it remains to be seen how any expansion of mail-in voting will square with strict, centuries-old statutes governing remote voting in Connecticut.

“No one should have to risk their health in order to vote,” said Secretary of State Denise Merrill on Connecticut’s Public Radio’s Where We Live. “Our first priority is to secure the polling places.”

COVID-19 has already caused Connecticut to delay its 2020 presidential primary twice. First from April to June, and then from June until the latest new date: Tuesday, Aug. 11.

Gov. Ned Lamont has said it’s likely some form of social distancing will remain in place throughout the summer, which has raised concerns about voters staying home or election officials abandoning their posts.

In response, Merrill said in a plan announced Monday that applications for absentee ballots will be sent to every registered voter in the state. The State said it will cover the cost of all postage.

Currently, Connecticut allows absentee voting for active members of the military, people who will be out of town or can’t vote on election day because of religious reasons, certain members of the disabled community, and for some people who are ill.

“I would need an executive order from the governor or action by the legislature to change the statute,” Merrill said. “We’re trying to work with these definitions to be able to enable voters, as I said, not to have to choose between their health and their vote.”

As part of the new plan, Merrill said the State will also work with municipalities on polling place locations, layouts, staffing, and cleaning protocols.

In response, she said the Connecticut National Guard will perform “a high-level assessment” of the election infrastructure of each of Connecticut’s 169 towns. Merrill said her office will upgrade networks in around 20 towns that have had “chronic issues with their connections to the networks necessary for the election process.”

Data from 23 automated traffic monitoring stations across the state indicate a roughly 50% reduction in traffic volume on Connecticut’s roads and highways when compared to this time last year, a spokesperson for the State Department of Transportation said Monday.

DOT spokesperson Kevin Nursick said State highway officials saw a dramatic dropoff in traffic about one month ago, after the State shuttered schools and many businesses in response to the COVID-19 pandemic.

He said the DOT is also watching the potential insolvency of Connecticut’s Special Transportation Fund, which officials forecasted last week would reach insolvency about three years sooner than estimated before the global pandemic.

In addition to potential financial problems, Nursick said COVID-19 has had another negative, and more immediate impact on state roads: more drivers are speeding.

And while he said the DOT noted fewer crashes due to a decrease in traffic, “the severity of crashes is going up,” Nursick said. “It’s absorbing the resources of first responders.”

If we can go to a grocery store, a retail establishment, a restaurant, etc. in November, we can go to a voting booth. There is no logic in the Secretary of State’s argument. Connecticut will vote Democrat anyways so it’s a non-issue here.

The main reason why the Democrats want to have mail in/absentee voting is because they can call in their union troops to harvest votes in November. Bottom line, the Democrats can’t win on the issues, economics, policies, Biden….so they want to cheat.

1. The Presidential Primary is now scheduled for August 11; the same time as any primaries which may be necessary for Congress, State Senator, State Representative, etc. You must be registered as a Democrat or a Republican to take part in that party’s primary AND YOU STILL HAVE TIME TO SWITCH. That deadline is three months prior to the primary — May 11 this year. If you are Unaffiliated YOU MAY STILL JOIN one of those parties in person up to noon Monday, August 10th (or by mail-in registration postmarked by August 6th and received on August 10th) and still vote in that party’s primary.
2. The cost of sending absentee ballot applications to all Norwalk’s major party members is significant, as there are over 30,000 of them. Fortunately the state will be paying (with federal money, basically). I do not expect much turn-out for the primaries with only presidential candidates, as the nominees are largely decided (Trump and Biden). However the Secretary of the State’s plan makes sense as a way to work out (the inevitable) logistical problems, so that doing the same thing for the November election runs smoothly.
3. We are working on the best ways to protect voters, including hand washing stations, mask and distancing requirements, and constant cleaning of equipment and surfaces. For instance, the photo at the top of this article shows voting booths placed 3 feet apart per previous guidelines — this will be increased as much as possible. Voting pens will be constantly cleaned; you will place your ID in a tray so that the poll worker can observe it without touching it, etc.
4. Poll worker protection is the biggest problem as each voter can complete the voting process in a few minutes but the poll workers are in the polls for 14 hours. There are CDC guidelines, which we intend to exceed — We will do everything we can to protect our poll workers, including insisting that each voter be masked, etc. Police, and even National Guard will be available to enforce those rules.
5. A significant increase in absentee voting would help safety by thinning out the number of voters who go to the polls. This serves to protect, both those voting by absentee, those going to the polls, and poll workers. However absentee ballots can take longer to process, so a mountain of them might delay reporting the final results — especially if the Supreme Court decision on the Wisconsin primary is followed and absentee ballots are counted if they are postmarked by election day (rather than received by election day as proscribed in current rules). Results tapes from the polls will be posted and we plan to be as transparent as possible about the number and state of absentee ballot processing, but those rules have not yet been updated, i.e. stay tuned.
Stuart Wells, Norwalk Registrar

Pick one — going to Tracy School to cast your vote in 10 minutes OR, spending an hour at COSTCO