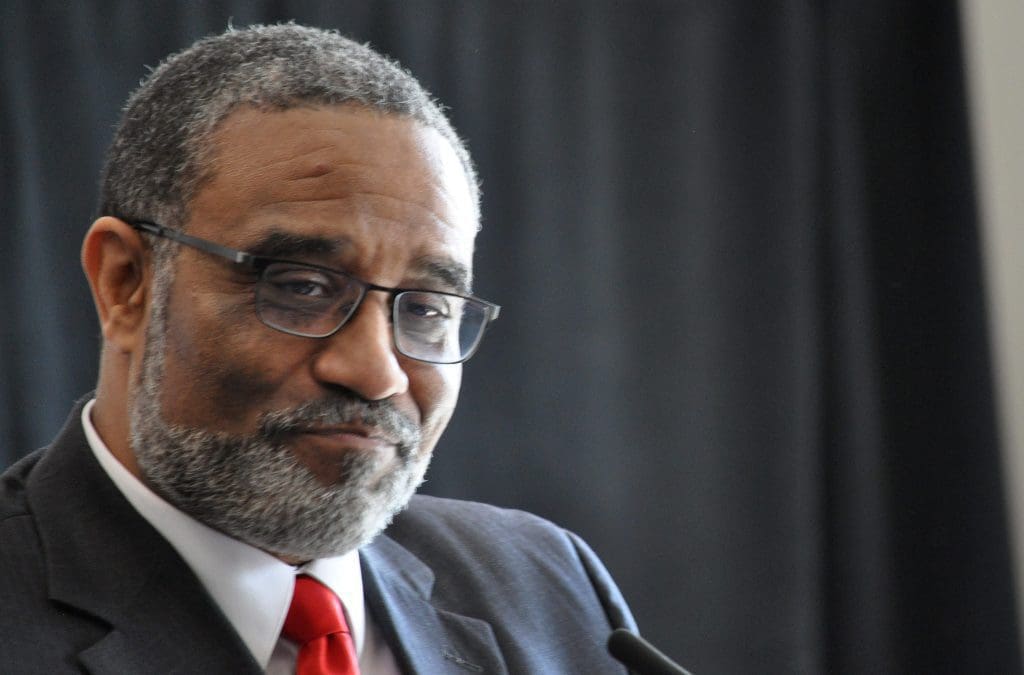 NORWALK, Conn. — The cost to settle in the lawsuit filed by former State Rep. Bruce Morris (D-140) against Norwalk Public Schools and the City was a total $550,000. About 47% of that was paid by the Norwalk Board of Education, the rest by the City’s insurance carrier, CIRMA.

NancyOnNorwalk filed a Freedom of Information Act request in June, requesting the settlement. Deputy Corporation Counsel Jeffry Spahr provided the information Thursday, after receiving regular emails from NoN asking for the request to be completed.

In July, Spahr apologized and said he’d “never been so busy.” The legal department was described as short-handed early this year, with two vacant positions in March. A new hire, Assistant Corporation Counsel Tyisha Toms, began in April.

Morris was NPS Schools Climate Coordinator until his job was eliminated in the 2016-17 school year budget. In September 2017, Morris sued NPS, the City and the BoE in September 2017, alleging employment discrimination and retaliation.

Specifically, Morris said that a written reprimand issued to him in late 2015 and the subsequent elimination of his job were motivated by his race, color and status as a State Representative, in violation of the Connecticut Fair Employment Practices Act. He also alleged retaliation due to his previous opposition to discrimination. NPS stated that his job was eliminated due to budgetary concerns.

The document provided Thursday by Spahr shows the $550,000 settlement cost broken down as:

Standard language in the settlement includes Morris agreeing not to sue the City, no admission of wrongdoing by the defendants and a reference to needing to end the protracted litigation.

Emails sent Wednesday afternoon to Norwalk Superintendent of Schools Alexandra Estrella, Board of Education Chairman Colin Hosten and Morris, giving them a chance to comment, generated no replies.

“Sorry to see the city wasting so much taxpayer money on a unjustified claim,” wrote former Board of Education Chairman Mike Lyons, now a South Carolina resident.

Angelone, Morris’ lawyer, used emails written by Lyons as evidence of the discrimination alleged by Morris.

In one 2015 email, Lyons, then Chairman, called Morris a “snake” who needs to be eliminated after building a strong case so as to “avoid a race war.” In another, Lyons referred to the “usual caterwauling from the ‘minority community.’”

Lyons, writing to NoN late Thursday, denied that the emails were “key evidence,” as NoN had described them.

Angelone obtained the emails through the lawsuit’s discovery process.

NPS, in legal proceedings, sought to block emails sent by Lyons, asserting that they were “stray remarks” from Board members who were not decision makers and therefore irrelevant.

Judge Alex Hernandez in June 2019 showed no sympathy with that argument, asking “Race war? … Doesn’t that comment interject the question of racial discrimination into the decision-making process?”

In December 2019, attorneys representing the defendants said they expected Angelone to introduced an email written by the late Board of Education member Mike Barbis as evidence. Earlier that year, Barbis stated that the BoE had spent three years trying to build a school in South Norwalk but been “F— at every turn,” by Morris and others. The email ended with the phrase “Blacks f— Latinos.”

Court documents include a deposition by Lyons, in which he stated that he called Morris a snake because he thought Morris’s “primary concern was furthering his legislative career and own financial well-being,” directly impairing his performance in his “well-paying” NPS position. In Lyons’ eyes, Morris felt untouchable due to his political connections in South Norwalk.

The defendants’ attorneys said that three non-Caucasian Board members took part in the vote on the budget that eliminated Morris’ position. Two voted in favor of the budget, one abstained and none sought a budget amendment to save Morris’ position.

Lyons said Thursday that the $550,000 settlement is “another result of one party rule in Norwalk, which happily I no longer need to live under.”

In retrospect Mike Lyons was right, but Bruce Morris played a better game. Kudos to Bruce for showing us how the game is played. Disgraceful, but a win nonetheless
Regarding Jeffry Spahr: His excuses for delaying FOI are both transparent and pathetic. Thank you NON for watching the store.

Settlement doesn’t change anything
What about removing racists from their jobs?
Not that taking ones livelihoods makes a person learn not to be racists. It probably makes it worse!

Bruce Morris should be ashamed of himself. You dont deserve that money. You took money from the kids and teachers, no one else. Thanks a lot for messing up Norwalk even more…