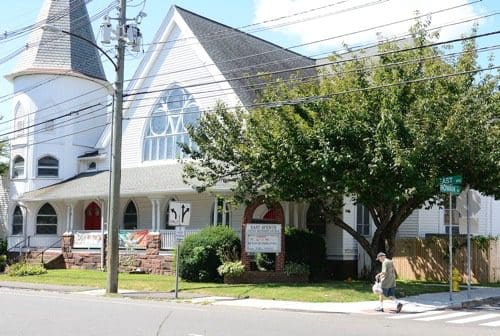 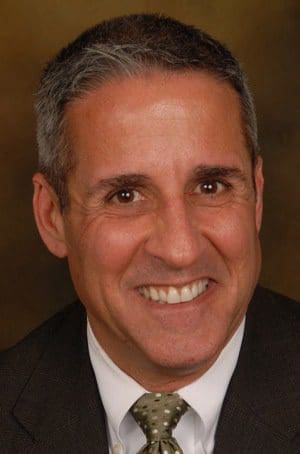 NORWALK, Conn. – A Democratic candidate for the Common Council reported to police he was struck by eggs thrown from a vehicle Saturday night in East Norwalk, with an occupant in the vehicle yelling, “You’re going to lose.”

John Metsopoulos said Thursday that he was walking home from Harbor Lights on Saturday when a van pulled up alongside him and he was pelted with eggs. Republican Town Committee Chairman Pete Torrano said he had a witness who saw Metsopoulos and he was not covered in eggs, but a Station House bartender corroborated Metsopoulos’ story.

Metsopoulos called police at 2:21 p.m. Wednesday to the location where he said the incident occurred, the sidewalk in front of the East Avenue United Methodist Church at 244 East Ave.

Metsopoulos said he was walking north at around 10:45 p.m. when he noticed the vehicle drive out of a parking lot ahead him, turn right onto East Avenue. He said as the vehicle got near him, the headlights were turned off, followed by eggs being thrown at him as someone yelled from it that he wasn’t going to win.

Metsopoulos told police that he didn’t get a good look at the vehicle, but it may have been a van.

The vehicle continued south on East Avenue, he said.

“It wasn’t any of our people, I can assure you that,” Torrano said Thursday.

The officer’s report, which was classified as “harassment,” does not say Metsopoulos was campaigning at the time of the incident. It also doesn’t indicate why he waited until Wednesday to report the incident.

The parking lot the vehicle came from is adjacent to the eastbound platform for the East Norwalk Train Station.

Torrano said there “was at least one person in the Station House” when Metsopoulos came in and, “According to them he was egg free when he walked in the door.”

He declined to identify who the witness was.

“I have some serious doubts that this actually happened,” Torrano said. “I think it’s a pitiful attempt to gain sympathy and get votes and I think it’s an embarrassment to the Democratic Party.”
“I was walking home about 10:40. “A van approached, they turned off their lights, next I knew, I heard, ‘You’re going to lose,’ and I was pelted with eggs,” Metsopoulos said.

Metsopoulos was unclear what type of van it was because, “It was the last thing I expected on a Saturday evening.”

Told that Torrano had called this account into question, Metsopoulos said that the Station House bartender and a woman named Rene could corroborate his story. “She saw the eggs,” he said. “Rachel, the bartender, handed me a rag so you can check with them.”

A woman who answered the phone at the Station House said her name was Rachel McCloskey and that she was the bartender.

She didn’t see eggs on Metsopoulos but he asked her for a rag to wipe himself off, she said. The rag came back covered in yellow, she said.

She also mentioned Rene, who wasn’t there. NoN has not yet been able to contact “Rene.” She was not at the Station House Thursday evening.

“It happened and you can check my sources. I think Mr. Torrano needs to answer to himself for that accusation. I was covered with eggs. The cleaners can vouch for it, too.”

Metsopoulos is a Democratic Town Committee nominee for the Council from District C, running alongside incumbent Democrat John Kydes. He previously served as the First Selectman of Fairfield as a Republican, and before that was the state representative for the 132nd District.

Michelle Maggio, a Republican, is the other incumbent Council member in District C. The other Republican candidate is Mike Demo.

Metsopoulos said he is a bartender and a manager at Harbor Lights, and does landscaping in Redding. He said he was walking home because he lost his car in the “Great Recession.”

It seems like there’s a lot missing from this story. No fault to NoN.

Check back in a few minutes. Might not be the stuf you are wondering about, but we are updating with quotes from three people, including the egged.

Methinks Torrano doth protest too much.

So, a van (or was it not a van?) was prestocked with eggs (or maybe they were lying in wait?) and in light so dim that he couldn’t tell it was a van (or maybe it was definitely a van) the assailants were able to pelt him with amazing accuracy, while yelling either “You’re not going to win” or “you’re going to lose” (depending on whether you read the Hour or this story)? It is a good thing that the bartender at the Station House (John’s best friend by East Norwalk accounts) was able to kind of corroborate his story, at least without saying that she saw anything.

I don’t mean to downplay the seriousness of this horrible crime, but does the name Curtis Sliwa ring a bell for anyone?

There were some kids pulled over and ticketed on East Avenue last night with eggs in their car they hit my daughter while she was walking over by Naramake School and a car on Saugsatuck Ave in Westport so maybe he was egged but it could very well have been the same teenagers that were out last night probably not politically motivated.

Everyone knows republicans prefer Egg Whites. Perhaps Mr. Metsopoulos should consider his fraternal association with Harbor Lights. Despite the sea level value they provide, tip expectations seem to run high. Could the projectile have been a canceled get-me-some-press soufflé?

Thank you for an eggscellent comment. Silly season is well upon us.

Ah, the high level of political discourse in Norwalk from both sides of the aisle. The serious exchange of important ideas about how to improve the city. The creativity and inspiring approach of the leadership. The cordial, supportive atmosphere for their neighbors and other public servants and candidates. It just makes people proud to be from Norwalk.

So, in all fairness, it seems like this really happened, and I apologize. There were kids with really good aim, who were tossing some eggs. BUT, the matter of what they said and the idea that they follow local politics so closely that they could identify him, hit him and then taunt him….well, the jury is still out on that one. A lot more info on Mr. Metsopoulos that is a lot more concerning about his fitness to be in an election for anything was printed in the Hour

We did notice the other news outlet used quotes from the head of the Republican Party about some old charges against the former Republican, now Democratic candidate. The charges are quite old and relatively minor, and we generally don’t believe in allowing assault victims to be attacked a second time for reporting the crime. However, given the fact the remarks were reported, and appear again in this comment string, we will do a follow up.