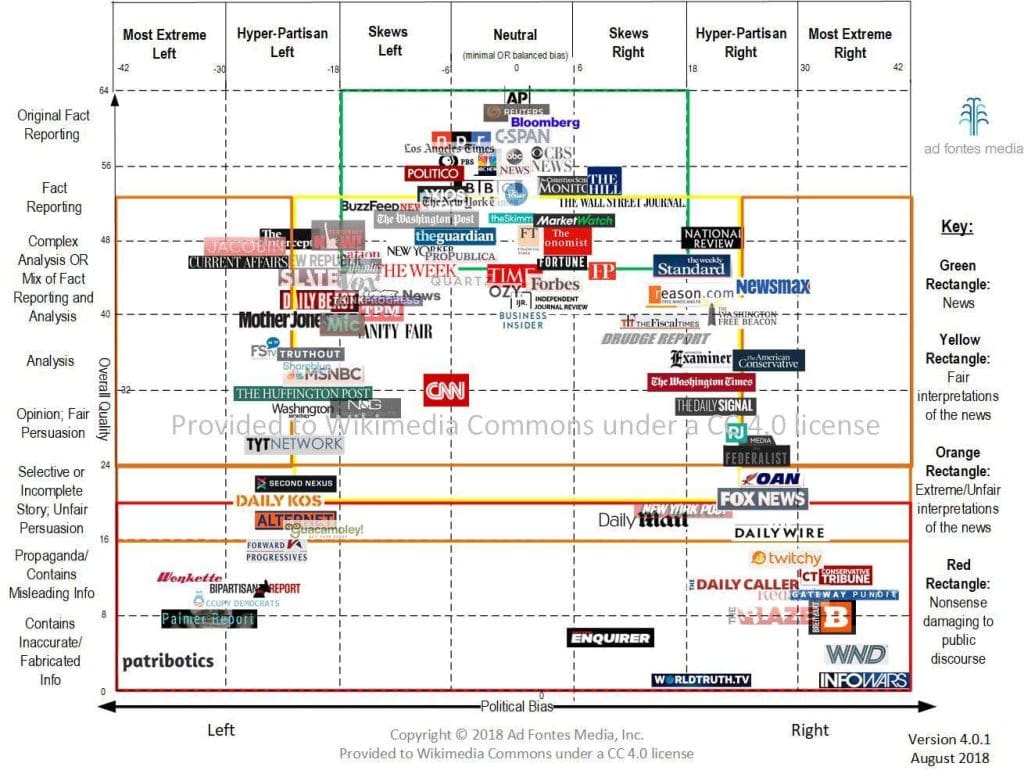 There has been a lot of loose talk lately about bias in the media. I’m a proud member of the fourth estate — have been for nearly half a century. And I have plenty of biases, great and small.

I like puppies. Cats not so much. I prefer ice hockey to field hockey, asparagus to okra, and just on and on. But I try my best to keep my predilections from creeping into my reporting—as opposed to my opinion pieces, rants like this one where it’s “Katie, bar the door!”

I must confess, however, that I am not perfect. Neither, by the way, are you, dear readers.

Let’s start with me. I am an abominable and lazy orthographer. In an early opus I spelled prune this way in a sentence: “The ladies of the garden club met in the cemetery to proon the shrubbery.” In my defense, prune does rhyme with swoon, which the garden clubbers did after reading my story. This was prior to spell check, which doesn’t always help either, of course.

Recently, I wrote a photo caption stating that the chamber of commerce president was bestowing “a plague” on a local businessman. I meant plaque, of course, but both are bona fide English words so spell check did not ride to the rescue. In my defense, I was only off by one letter.

Now, it’s your turn, dear readers. Just the other month I was editing a letter to the editor (me) of the East Haddam News — a relatively new print weekly, and doing quite well, thank you very much —and I found several assertions in it that I suspected were patently false. As Casey Stengel used to say, “You can look it up.” And I did. I proceeded to point out the inaccuracies to the author (they were on the order of two plus two equals seven), then asked him if he would like to revise his letter based on these revelations. He didn’t question my research; he simply responded lazily, “No, I’m good.”

Well, I wasn’t good with it, and appended a brief editor’s note to his missive. I’m not running Facebook or Twitter here. A good newspaper is a curated source of reliable fare, not a bunch of people throwing fists full of undercooked spaghetti at the wall to see if any of it sticks.

Another letter writer insisted that a recent cabinet nominee of our new president should be rejected for disseminating an offensive Tweet. I was pretty sure that the gentleman had the right Tweet but the wrong Tweeter, so I asked him to provide me with evidence of his assertion. No need for that, he insisted, he knew what he knew, was totally confident about it, end of story.

I sent him a link that showed his complaint applied, chapter and verse, to another person, and not to the one he was maligning. I never heard from him again.

Being accurate and getting things right —not to mention being unbiased—  is hard, and you and I are fond of short cuts. We don’t read books, newspapers and magazines like our parents and grandparents did. We watch a lot of television, even use it to babysit our children. We elected a man to lead us in 2016 who watched a lot of TV while on the job. How many of you get to watch TV at work?

When we’re not watching TV our noses are buried in our phones. Being intellectually lazy, we frequent websites and information sources that confirm our biases. We have started to hang out with like-minded people.

Listening and considering new information or points of view is so doggone hard. Like the letter-writer above, we know what we know and that’s all we need to know. No other information need apply.

It’s a recipe for disaster.

David Holahan is a freelance writer from East Haddam. This opinion was originally published in the Connecticut Mirror.

The author isn’t wrong. Both the modern writers and readers are intellectually lazy and actively seek to remain so.

The (almost universally) terrible writers might have a difficult time, assuming that they were at all competent and knowledgeable, writing a single scholarly article on ONE topic. Yet, they’re producing 20 per week. This situation isn’t made better by the fact that “news” is largely free and since nothing is actually free, the name of the game is capturing attention in the interest of selling ads. Thus, it is uniquely in the interest of the producers of this content to create an air of hysteria among their readers. It is a time of pseudo-scholars reassuring other pseudo-scholars in an absurd feedback loop.

Holahan’s recognition of Facebook and Twitter is of particular note. Both are venues that encourage their users to become and stay imbeciles. Think about the genius of Jack Dorsey. To have the foresight and vision to give people with virtually nothing to say an abbreviated format which encourages them to say nothing to other people, also with nothing to say, is singularly brilliant. We used to be worried if someone would stand on the street corner screaming nothing to nobody in hopes that anyone might pay attention to them. Now, we reward them…with our attention and in return we hope that someone might reward us with attention for also screaming nothing to nobody. Have anyone yet had the epitaph, “He was really good at Facebook and Twitter!” If not, it’s only a matter of time.

“What information consumes is rather obvious: it consumes the attention of its recipients. Hence a wealth of information creates a poverty of attention, and a need to allocate that attention efficiently among the overabundance of information sources that might consume it.” -Herbert Simon

Both Holahan and Cahn say it so well. I agree; My sister & I were raised reading 3 newspapers, The Hour, Wall Street Journal and the NY Times. Dinner conversation were centered around the news of the day and we had to have our facts correct to keep the discussions going. During HS I invited a friend to dinner, her comment, “I will come to dinner only if you do not discuss politics or history”. We acquiesced and she came to dinner. My sister and I are in our 70’s and we carry on this tradition when we get together. We thank our Father.