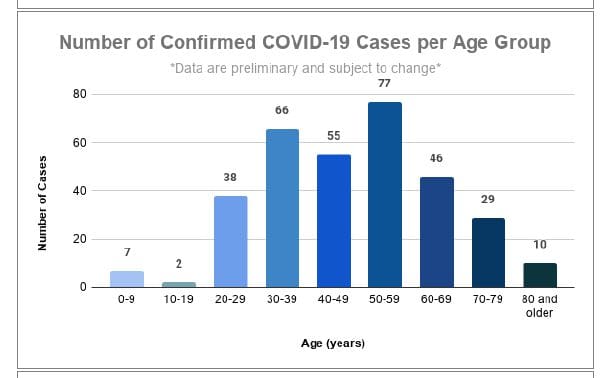 Both victims were in their 70s, according to information in the update.

Statewide, there are an additional 267 positive test results for COVID-19, bringing the Connecticut total to 3,824, Gov. Ned Lamont’s update said. “To date, more than 18,300 tests have been conducted in Connecticut among both state and private laboratories. Approximately 827 patients have been hospitalized. The total statewide total number of fatalities is 112.”

“That’s less infections,” Lamont said at his evening briefing. And given the increased amount of testing, the percentage is lower as well.

Test results may be reported several days after they are confirmed, the State press release said. The data for tests and deaths over the last four days is incomplete.

“It is heart-wrenching to share that two more Norwalk residents have died. I offer my deepest condolences to their family and friends,” Rilling said in the update. “While the number of new cases has slowed over the past two days, it does not forecast what may be heading our way. We are by no means out of the woods yet. I ask the public to continue taking all of the necessary precautions to keep themselves and loved ones safe.”

We need more information on how testing is being distributed. I’m hearing that folks can’t get tested.