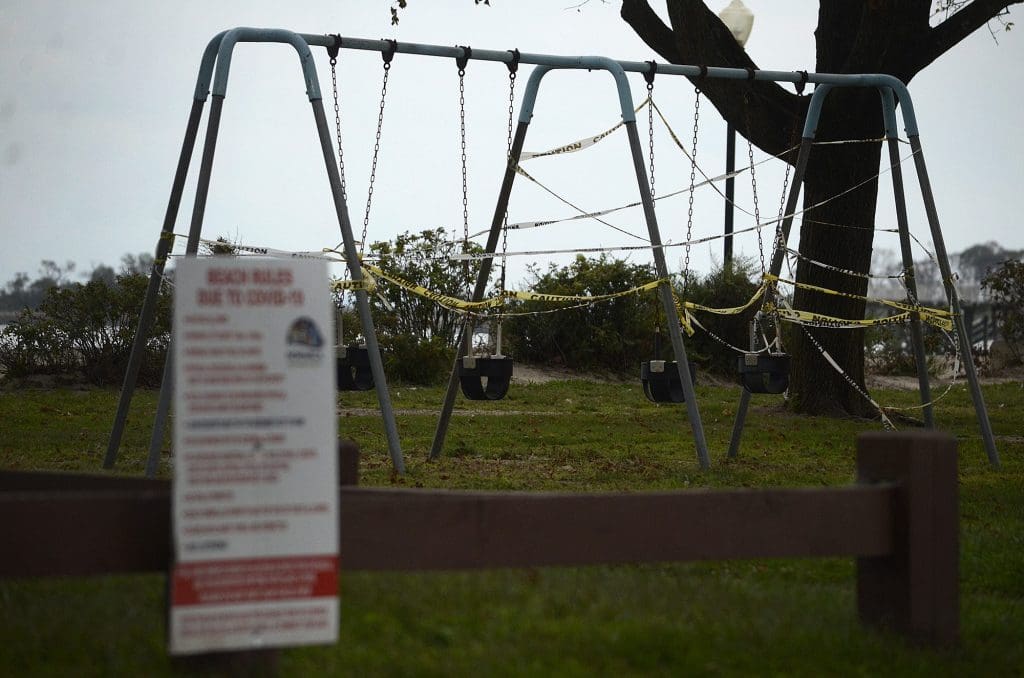 Indications are they’re connected to P-Tech (Pathways in Technology Early College High School) and Silvermine Dual Language Magnet School. “The last day these persons were in the district was Tuesday, September 15 and Thursday, September 17,” Estrella said. They’ve been asked to stay in 10-day quarantine “and have been provided with additional instructions to follow prior to returning to school.”

This news come as Gov. Ned Lamont grapples with a new phase in the pandemic. Lamont on Thursday fretted over the statistical significance of a small-but-steady increase in infections, then expressed optimism over the number of children safely resuming classroom instruction.

“We know COVID-19 is still here and having positive reported cases in the school community was a likely scenario,” Rilling said in Saturday’s update. “With how easily COVID-19 can be transmitted, it is critically important that we have proper protocols and guidelines in place, and most importantly, follow those precisely to slow the spread of the virus.”

The state reported 220 infections out of 13,857 new tests Thursday, a positive rate of 1.6 percent. It is a number that Lamont called “concerning,” more because of its steady upward drift than the significance of a one-day spike.

“That’s still one of the lowest in the country, but it is a trend,” Lamont said. He added later, “Let us track what seems to be going on.”

COVID hospitalizations increased by 5 to 75, a far cry from the 2,000 cases that threatened to overwhelm the state’s health care system. But Lamont noted, “We haven’t had 75 in the hospital since July.”

The actions taken by Norwalk Public Schools were done consultation with the Norwalk Health Department and the district’s medical advisor, the NPS announcement said.

Anyone considered a “close contact” with the infected school “members” has been contacted or will be contacted directly by school or local health officials, and provided with instructions on the appropriate steps to take, Estrella’s announcement said. “Some members of our community will receive instructions on a mandatory quarantine.”

“We are closely monitoring this situation and working with our Norwalk Health Director Deanna D’Amore and the District’s Medical Advisor Dr. Norman Weinberger,” she said. “… While Connecticut has been a model for other states in mitigating the spread of COVID-19, we know that the threat from COVID-19 will not go away easily.

“I commend Norwalk Public Schools for acting quickly under the guidance of the Norwalk Health Department and school medical advisors, and alerting families and staff who may have been affected,” Rilling said in his update. “This is no doubt challenging, but I ask for the public’s continued patience as we work through these challenging times. I encourage families and staff to closely monitor for symptoms, and if they may have been exposed, to be tested for COVID-19 as soon as possible.”

The update had some happier news: the playground at Calf Pasture Beach has reopened. “The public is reminded that playgrounds on school property cannot be used during normal school hours or during after school activities,” it said.

Parking enforcement remains active at the beach through Oct. 15.

Lamont was heckled Thursday for the second consecutive day at a public event by a half-dozen people insisting it’s time to declare victory and give the emergency powers granted him by state law and affirmed this week by a judge.

One made his point with a Trump flag, another with a bullhorn. Lamont ignored both, other than noting with some satisfaction that each wore a mask, a precaution that Trump’s CDC director says is the best way to contain the coronavirus.

Lamont and a half-dozen other governors who have imposed some of the strictest COVID restrictions get the highest marks in 50-state polling about the handling of the pandemic. All seven are at 60 percent or above,.

A majority of Americans disapprove of the president’s response to the coronavirus.

But Lamont’s handling of the pandemic is now a partisan issue. He is not on the ballot, but Republican legislative leaders objected to the recent extension of the six-month emergency he declared in March and some GOP lawmakers are suing him, claiming an illegal overreach.

Rep. Mike France, R-Ledyard, a member of the Republican conservative caucus, is one of the plaintiffs in a suit filed this week. Two other caucus members, Reps. Doug Dubitsky of Pomfret and Craig Fishbein of Wallingford, are the lawyers who filed the case.

He was asked no questions about the litigation Thursday. But two reporters, including one who acted on behalf of her 5-year-old daughter, pressed him on another issue: Does the governor of Connecticut intended to use his emergency powers to restrict trick or treating?

“I anticipate we’re going to have a Halloween season,” Lamont said. “It’s a time of the year when people automatically wear masks. They also wear gloves. It seems like you are 90 percent of the way towards a safe way to do Halloween, just by definition.”

I’m clarifying that P-tech is a “school” within Norwalk High School. Same building. Students take courses around the entire building but focus within the P-tech program. It’s more like a specialized college track within NHS.