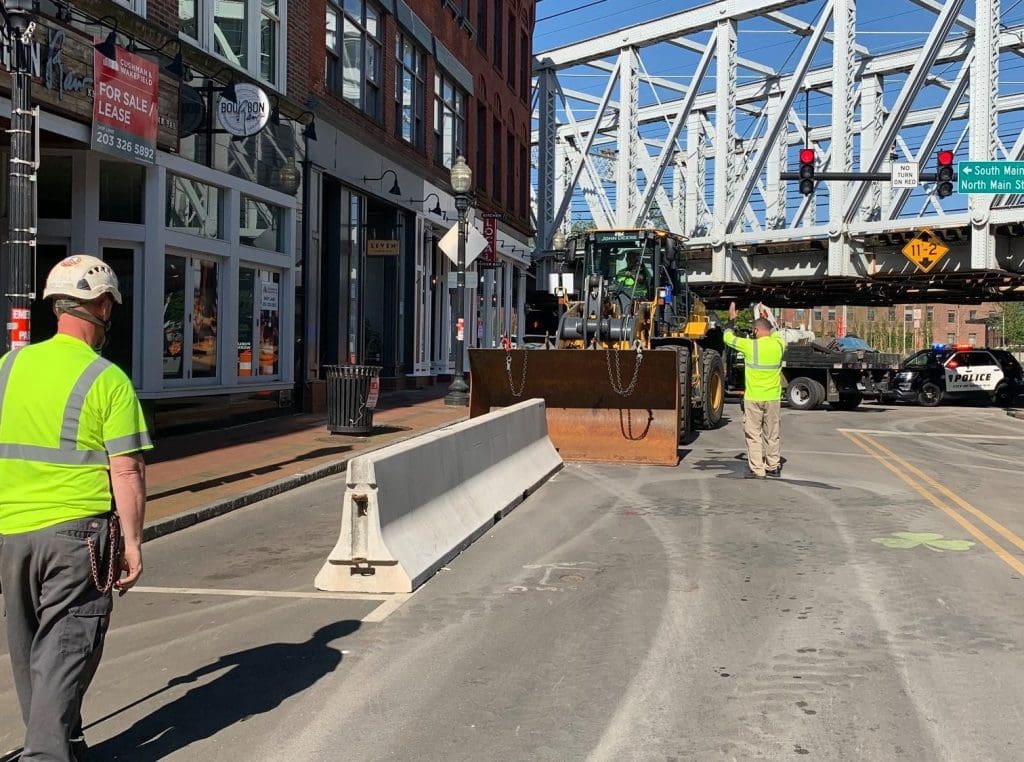 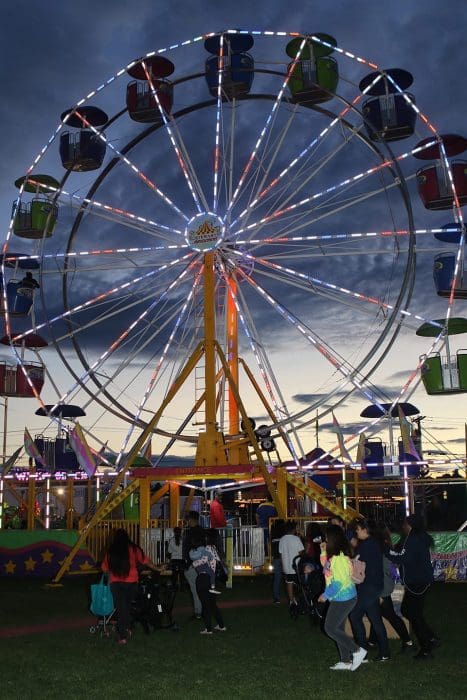 Food is being distributed at 8:30 a.m. today, May 22, at St. Philip Church, located at 1 Father Conlon Place, according to a press release.   A truckload of food bought with donations from Norwalk’s Police Department, Police Benevolent Association and Police Union will be unloaded and distributed by NPD officers.

Lt. Brian Cunningham is the organizer.  Anyone who wants to help with such efforts can contact Father Sudhir D’Souza at (203) 847 4549.

A new Washington Street pedestrian walkway has replaced parking spaces on the block’s south side as soon as concrete barriers separating the walkway from the street’s vehicular traffic are in place.  The new barriers were installed Thursday, creating a promenade alongside the sidewalk.  The restaurants and shops will gain full access to the sidewalk proper, more than doubling the space previously available to them, according to a press release which stated that the businesses “can grow into the expanded sidewalk space in time for Memorial Day Weekend.”

“We are always looking for ways to support our local businesses while at the same time ensuring the health and safety of the public. This plan achieves both of those goals by greatly expanding the available outdoor space while preserving access for emergency vehicles,” Mayor Harry Rilling said.

A proposal to totally close the block to vehicular traffic was abandoned due to the need for fire apparatus access, according to the press release. There are also residents who need access to their parking garage at the new Pearl development, Parking Authority members said recently.

Norwalk Transit District buses will be rerouted to Hanford Place during the summer.

Businesses on the street’s south side wishing to use the expanded sidewalk space must submit their revised outdoor dining and patio plan to Bryan Baker at [email protected]  Setbacks will still be required for fire hydrants, but not for trees and other sidewalk obstructions.

No Oyster Fest this year

The Norwalk Seaport Association (NSA) has canceled the 43rd annual Norwalk Oyster Festival, which had been scheduled for Sept. 11-13.

“Prioritizing the health and safety of everyone involved, the decision comes after careful deliberation between the NSA Board of Trustees, and Festival Exhibitors,” a press release said.

“We are disappointed that we’re unable to hold this highly anticipated event,” NSA President Mike Reilly said in the press release.  “But, based on the information we have today, we know it’s the right decision to make.”

With that said, Reilly continued, “The Norwalk Oyster Festival raises more than $100,000 that contributes to the maintenance and restoration of the historic Sheffield Island Lighthouse and to support our educational programs. Without this festival taking place in 2020, we will be facing a challenging year. We are hoping for the continued support of all the friends of the Seaport and the Norwalk Oyster Festival to help us continue with our mission.”

The NSA team is exploring options to coordinate an online experience or a smaller event to showcase this historic, beloved event – one of the most popular in Connecticut and the Northeast, the release said. In the interim, they urge everyone to follow federal, state, and local COVID-19 mitigation advice.

“From Seaport leadership and regional partners like the long time event sponsor, First County Bank, to the artists, performers, vendors and volunteers who work so tirelessly to stage the Norwalk Oyster Festival each year,” Reilly continued, “We thank everyone for standing with us in making this difficult call. We are counting the days to restaging the festival and celebrating our maritime heritage together again in 2021.”

Glad to see the change on Washington Street. Too bad the parking garage for the apartments is there — could have shut down the entire street to vehicular traffic