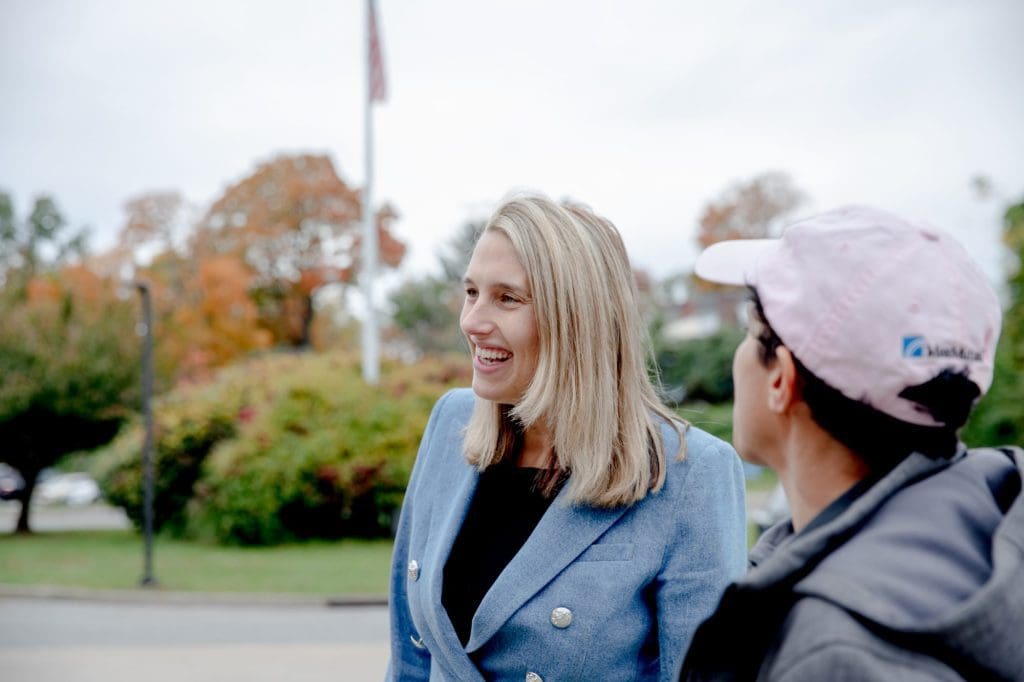 Stamford voters chose a Democratic state lawmaker over a retired baseball player as its next mayor Tuesday, but Republicans claimed significant wins in municipal elections by retaining top offices in Danbury, Darien, New Britain and Westport and flipping seats in Bristol, Colchester and Windsor Locks.

In Stamford, hometown sports celebrity Bobby Valentine waged an unconventional race against Democrat Caroline Simmons, declining the Republican line to run unaffiliated in Connecticut’s second-largest and fastest-growing city. The winner wasn’t clear until after midnight, when absentee votes were counted and Valentine conceded.

Valentine, 71, a former major league baseball player and manager, came close despite gaffes in the closing weeks, including dismissing Simmons, 35 — a Harvard-educated, four-term state lawmaker — as a “girl” who grew up in Greenwich, not Stamford. He also seemed dismissive of the renters who have filled the city’s new apartments.

“I think that unfortunate divisive language of my opponent has been offensive to me and to a lot of our city,” Simmons said as she campaigned Tuesday. “And so we’re bringing a more positive, unifying message about the future and what we can do to fix challenges in our community.”

Simmons had beaten the incumbent, David Martin, in a primary. She will be the first woman to serve as the city’s mayor.

Despite the election-night drama, unofficial results obtained Wednesday from the secretary of the state showed Simmons winning by more than  1,500 votes — 15,565 to 14,060. 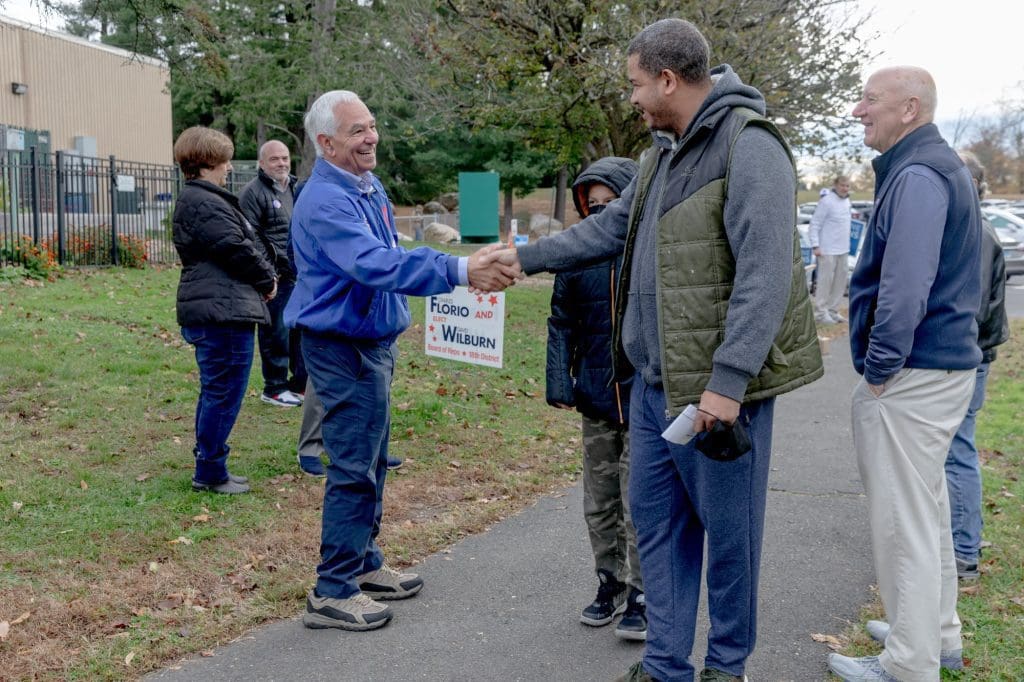 Even as votes still were being counted, Republicans were in a mood to celebrate their first substantial gains since the election of Donald J. Trump energized the Democratic base and put Republicans on the defensive in Connecticut.

Dean Esposito’s victory over Roberto Alves in Danbury was close but outside the margin for a recount, an Esposito advisor said. Alves, a Brazilian immigrant, was trying to become the city’s first Democratic mayor in two decades. Unofficial results showed Esposito winning 7,194 to 7,023.

Bob Stefanowski, the 2018 GOP gubernatorial nominee who has been trying to measure whether Gov. Ned Lamont is beatable next year, posted a Tweet that made him sound bullish about a rematch.

He called the results a repudiation of the majority party on crime, on a greater parental voice in the schools and on taxes: “@CTDems have failed on all 3 & @CTGOP can bring it back home!”

Democrats made their own gains in races for first selectman in Avon, Simsbury and Roxbury and in the council races in Tolland. In Madison, where Stefanowski’s wife, Amy, is the Republican town chair, the GOP had hoped to flip the first selectman’s office won by Peggy Lyons in 2019, but she beat Republican Bruce Wilson.

A coalition of Democrats and Independents also defeated Republicans in Guilford who built their campaign around opposition to critical race theory.

National results contributed to the GOP’s upbeat take in Connecticut: Republicans won the off-year race for the open governor’s seat in Virginia, a state that had become more Democratic; in New Jersey, it was unclear Wednesday if Gov. Phil Murphy, a Democrat, had won another term.

In Connecticut, the press and public had to rely on numbers gathered at the polls or reported by the campaigns. The election night reporting system maintained by a third-party vendor on the secretary of the state’s web malfunctioned. No results were available early Wednesday.

A spokesman for the secretary of the state said the municipalities were able to enter the results in the state Tuesday night, but they were not displayed.

Stamford got the best mayor outside money can buy. Peruse her contributions…predominantly out of state and fitting for a girl from Greenwich who once worked for Republican Chris Shays.
One person posted that her nickname should be Acela as her next stop will be D.C
She took the low road against Mr. Valentine and she played every card that her California-based campaign manager could come up with…race,gender,age.
She played up her experience globe trotting for DHS ,the same department that cages children.
She will be as ineffectual in Stamford as she was in Hartford but clearly the powers that be think she is the new “It girl”. And Stamford fell for it.
Business as usual next door.

Stamford gets what it deserves. Bobby Valentine knows Stamford and truly loves Stamford. Why anyone in their right mind would vote democrat after what they are doing to this country is beyond me.

Dry as a Bone

Couldn’t agree with you more. This is just a stepping stone for her. She played dirty the whole time while Bobby
Took the high road.

The losers are the people of Stamford.